10 free things to do in Toronto this January 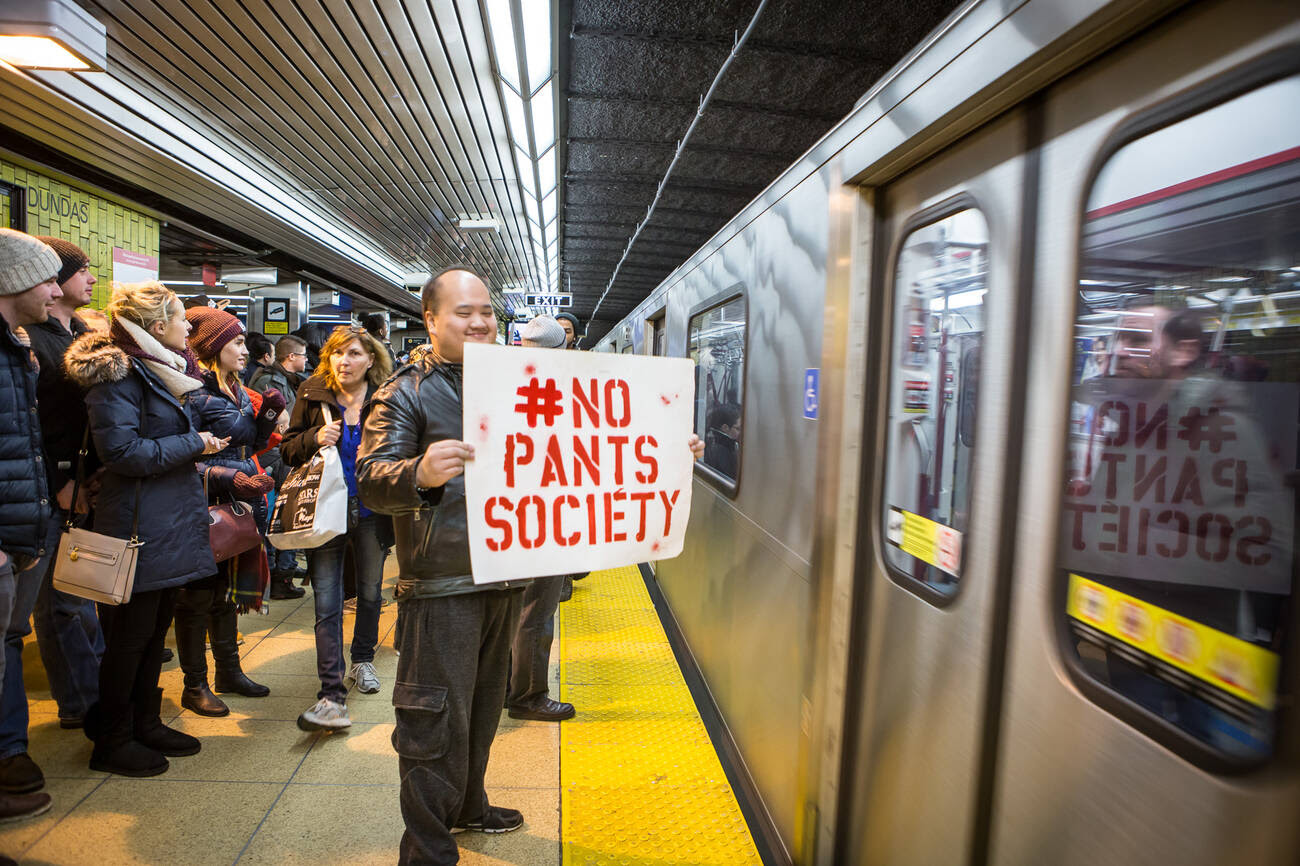 Free things to do in Toronto this January won't let you rest after the holidays, but will give a break to your wallet. There are several major design parties, a pants-free subway ride, and an extremely cool outdoor art project called Ice Breakers.

Here are my picks for the top free things to do in Toronto this January.

No Pants Subway Ride Toronto 2017 (January 8 @ TTC)
Pants are just a fancy word for leg jail, according to organizers of the annual No Pants Subway ride. Happening in cities around the world, it's a celebration of silliness to bring a smile to commuters' faces. Check the official site for times and after-party details.
Japanese Movies at Hot Docs (January 8 @ Hot Docs Ted Rogers Cinema)
Admission is free to this exclusive series of Japanese films at Hot Docs. Presented by The Japan Foundation, the movies will all have subtitles. Doors open 30 minutes before showtime, and arrive early to get a seat to see acclaimed flicks.
DJ skate nights: Beam Me Up (January 7 @ Harbourfront Centre - Natrel Rink)
Rediscover the sounds of the underground party scene – the night clubs, lofts and warehouses, where disco was reborn (and house music was born).... but on a skating rink by the lake, for free! This night comes to you from the Digital Needle and Cyclist crew, who bring your their monthly Beam Me Up Disco dance party.
Toronto Design Offsite Festival (January 16-22 @ Multiple venues across Toronto)
The Toronto Design Offsite Festival (TO DO) is Canada’s largest cultural celebration of design with over 100 exhibitions and events. This fest takes design and art out of the studio and onto the streets and corners of the city for you to experience.
Ice Breakers 2017 Public Art Exhibition (January 21 - February 26 @ Various locations along Queens Quay )
Ice Breakers is a month-long public art exhibition that will showcase five wintertime art installations at different public locations on Queens Quay.
Ryerson Image Centre Winter Season (January 18 - April 9 @ Ryerson Image Centre and other locations)
The Ryerson Image Centre (RIC) and Black Artist's Networks Dialogue (BAND) team up to present "a season of exhibitions exploring historical and ongoing struggles for justice between people of colour and police forces representing the state."
Wild Winter Wonderland at Evergreen Brick Works (January 21 @ Evergreen Brick Works)
Get outside and into the woods down the in the Don Valley with workshops and cooking demonstrations from special guest chefs and vendors at this post-holiday winter weekend at the Brick Works. You can also experience the farmers' market, the street food market, and all kinds of outdoor activations on the property.
Love Design Party (January 21 @ Gladstone Hotel)
Come Up To My Room is a major art and design event at the Gladstone from January 19 to 22. It's not free, but the Love Design Party is! It's the opening reception that lets you explore, drink and dance the night away in the Ballroom while admiring work by Rana Malik.
Toronto Light Fest (January 27 - March 19 @ Distillery District)
The Toronto Light Festival is a brand new event, which will transform the Distillery District into a huge open-air gallery, lighting up the long winter nights with works from Canadian and international light artists.
Power Plant Winter Party (January 27 @ Power Plant)
Celebrate the launch of The Power Plant's winter 2017 exhibition season and be the first to experience exhibitions by Jonathas de Andrade, Maria Hupfield and Kapwani Kiwanga and more. Don't know any of these artists? Even more reason to check out this ultra cool gallery by the water.

by Phil Villeneuve via blogTO
Posted by Arun Augustin at 6:10 AM