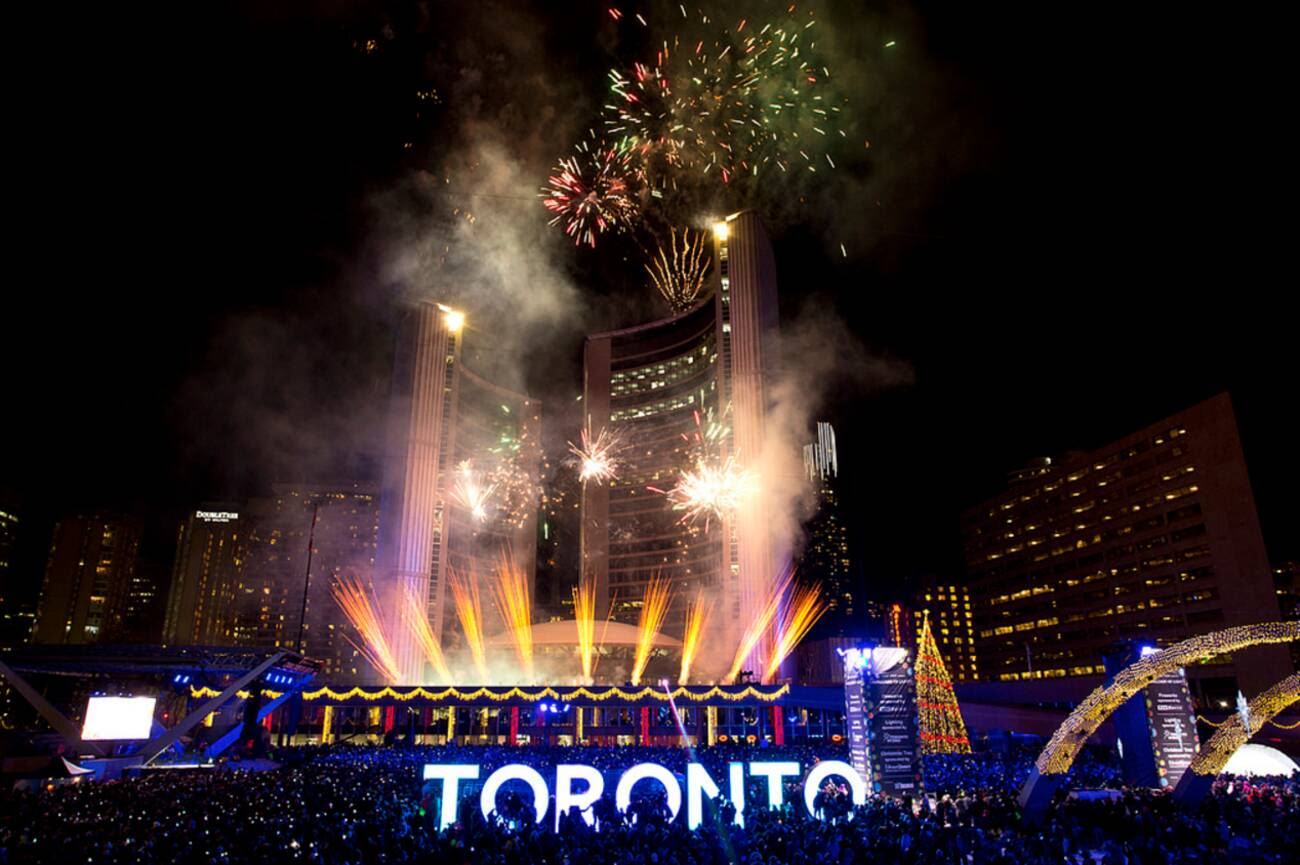 How are you celebrating New Year's Eve in Toronto? If you're planning to head to Nathan Phillips Square to see the fireworks, you probably shouldn't drive down. That's because because there's going to a slew of road closures starting at 5 p.m. tomorrow.

According to the city of Toronto, these streets will be car-free well before the big countdown:

If you're not sure how to get around, remember that all four subway lines will run until 4 a.m. and the TTC will be free from 7 p.m. on December 31 to 7 a.m. on January 1.

by Amy Grief via blogTO
Posted by Arun Augustin at 2:12 PM