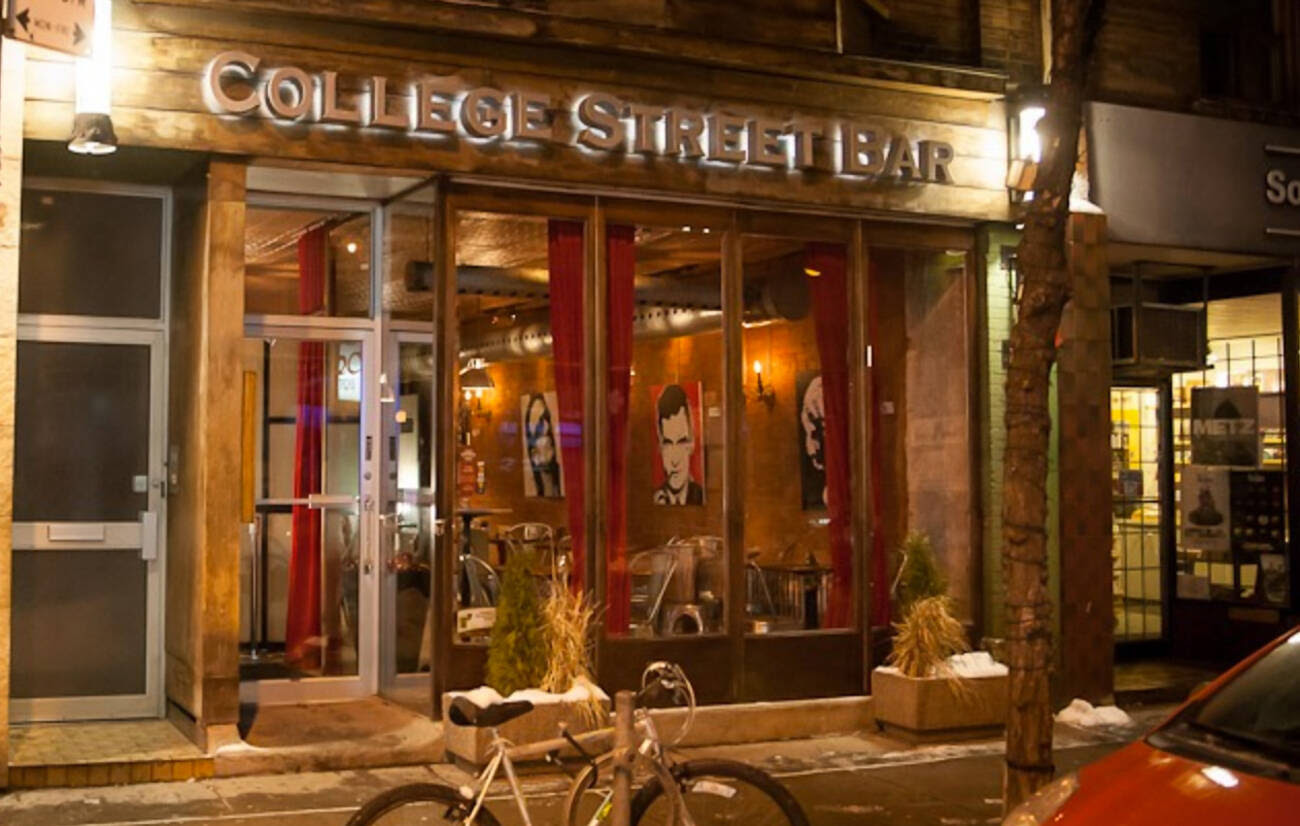 The Toronto Sexual Assault Action Coalition (SAAC) is planning a demonstration on Friday outside of the College Street Bar to show solidaritary with survivors of sexual assault.

Earlier this week, Carasco Enzo Dejesus, 31, and Gavin MacMillan, 41, were arrested and each charged with with forcible confinement, sexual assault as party to the offence with any other person and sexual assault.

Toronto Police allege that on the evening of December 16, a 24-year-old woman was given alcohol and illegal drugs and was forcibly confined and sexually assaulted at a bar in the College and Manning area.

As the Toronto Star previously reported, MacMillan was listed as the owner of the College Street Bar in the same area.

Earlier this week, the SAAC started a petition, urging College Street Bar to participate in anti-harrassment and anti-sexual assault training, among other requests.

According to the event description, the demonstration on Friday will be a peaceful one.

It continues, "We will be gathering outside of College Street Bar with our words and signs of solidarity. There is no room for silence, there is no room for complacency. Let's come together and build a community of support and hold this place and the people responsible for this horrid crime accountable."

by Staff via blogTO
Posted by Arun Augustin at 6:53 AM