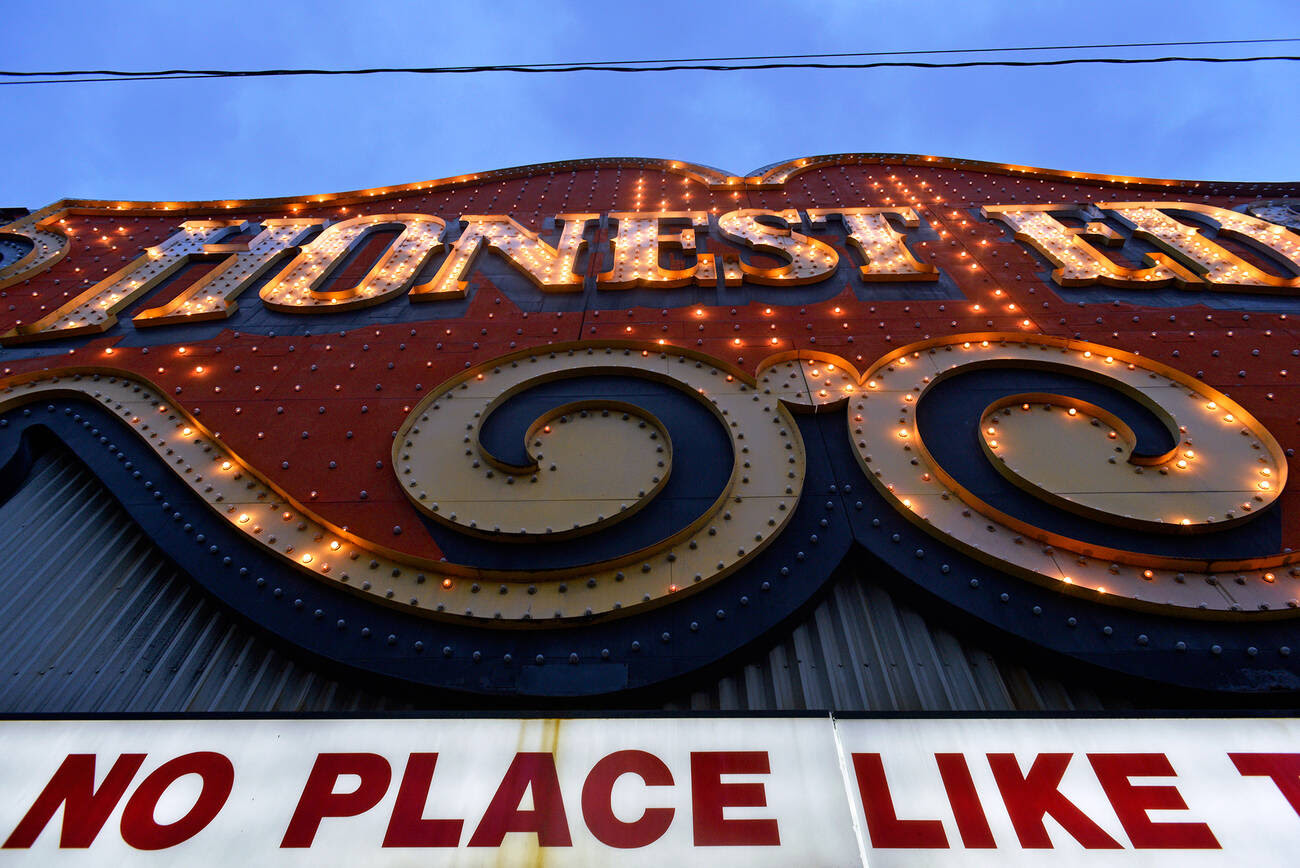 Honest Ed's closed its doors forever just after 5 p.m. tonight, December 31, 2016. There was no formal send-off, just an unceremonious darkening of half the ground floor lights to let people know that the nearly 70 year old story was finally over. Fittingly, the place was busy until the bitter end with people taking a last look at what was a Toronto institution. 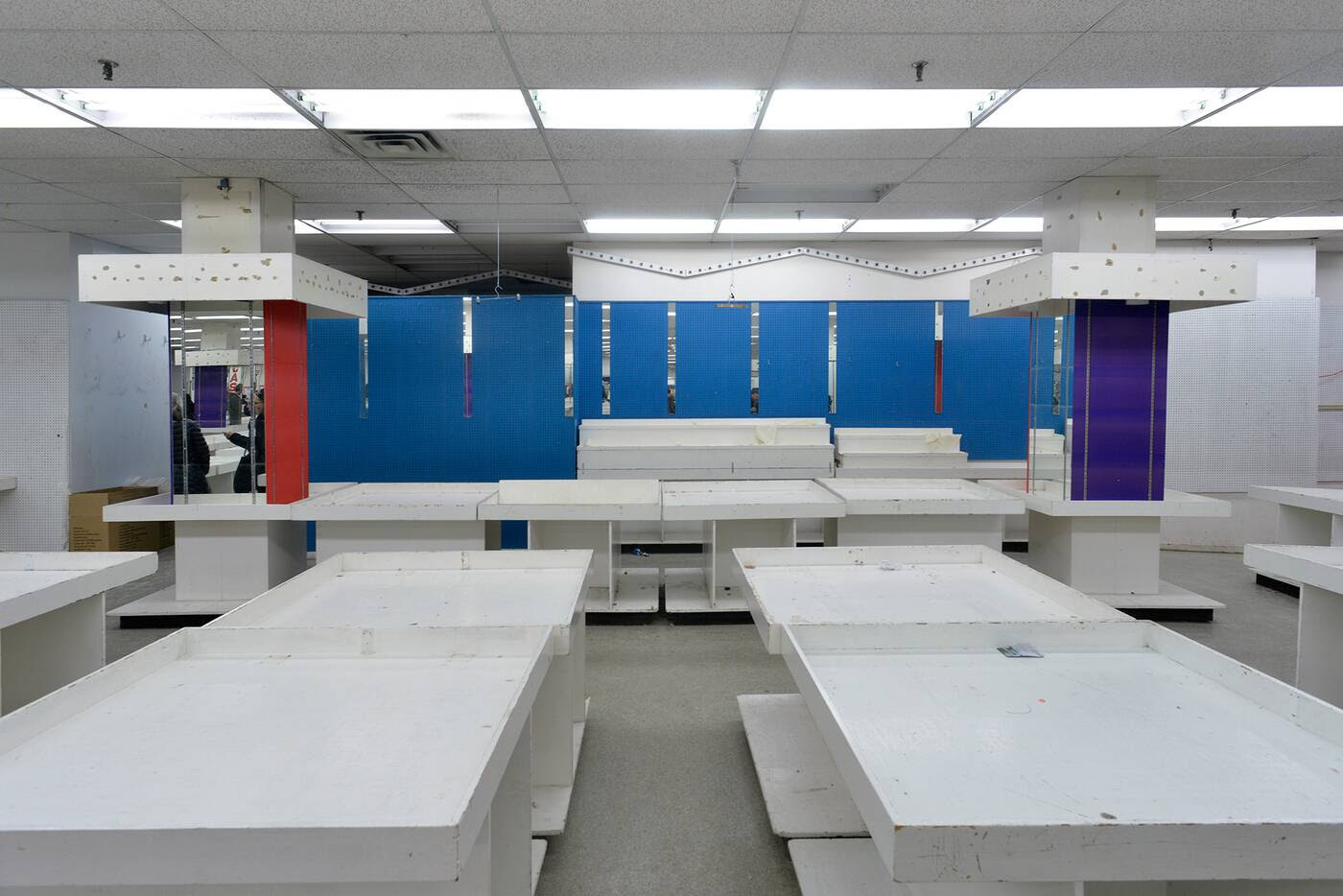 I didn't think I'd return after visiting a couple days ago and seeing the store cleaned out, but something pulled me back to pay my last respects. The entire area around Bathurst and Bloor was buzzing with folks snapping final photos of the garish exterior to mark the passing of a giant. The lights still illuminate the massive sign for now, which was especially dazzling this evening as light rainfall rendered the street a mirror, reflecting back whatever remains of the 30,000 bulbs that once boldly announced Ed Mirvish's retail extravaganza. 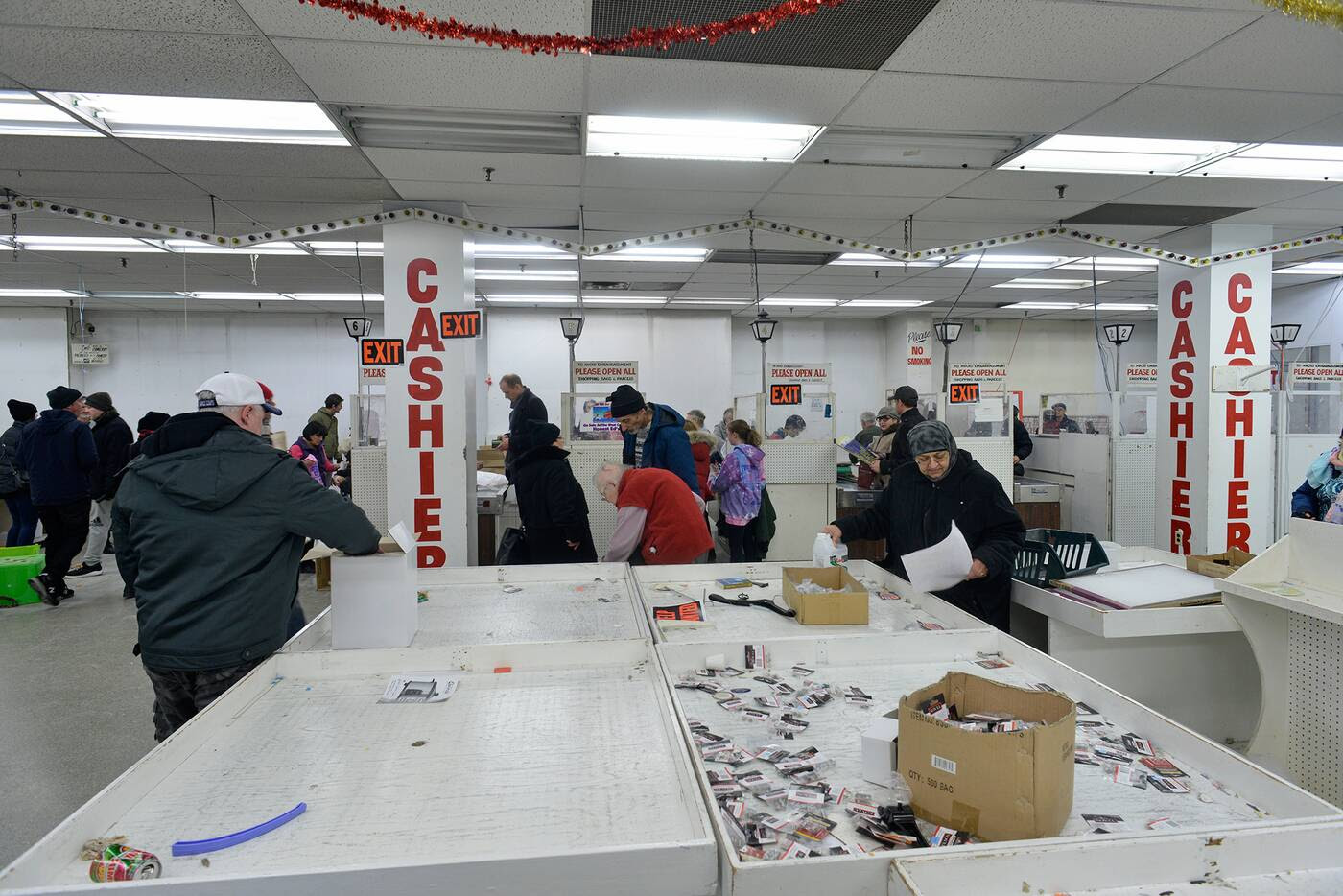 At about 10 minutes before closing, a staff member took to the PA to ask that customers take their purchases to the cash. From then on the speakers played a fuzzy selection of old Ed's radio ads promising outrageous deals and rock bottom prices, the only official bit of nostalgia from the store that didn't have a price tag on it. 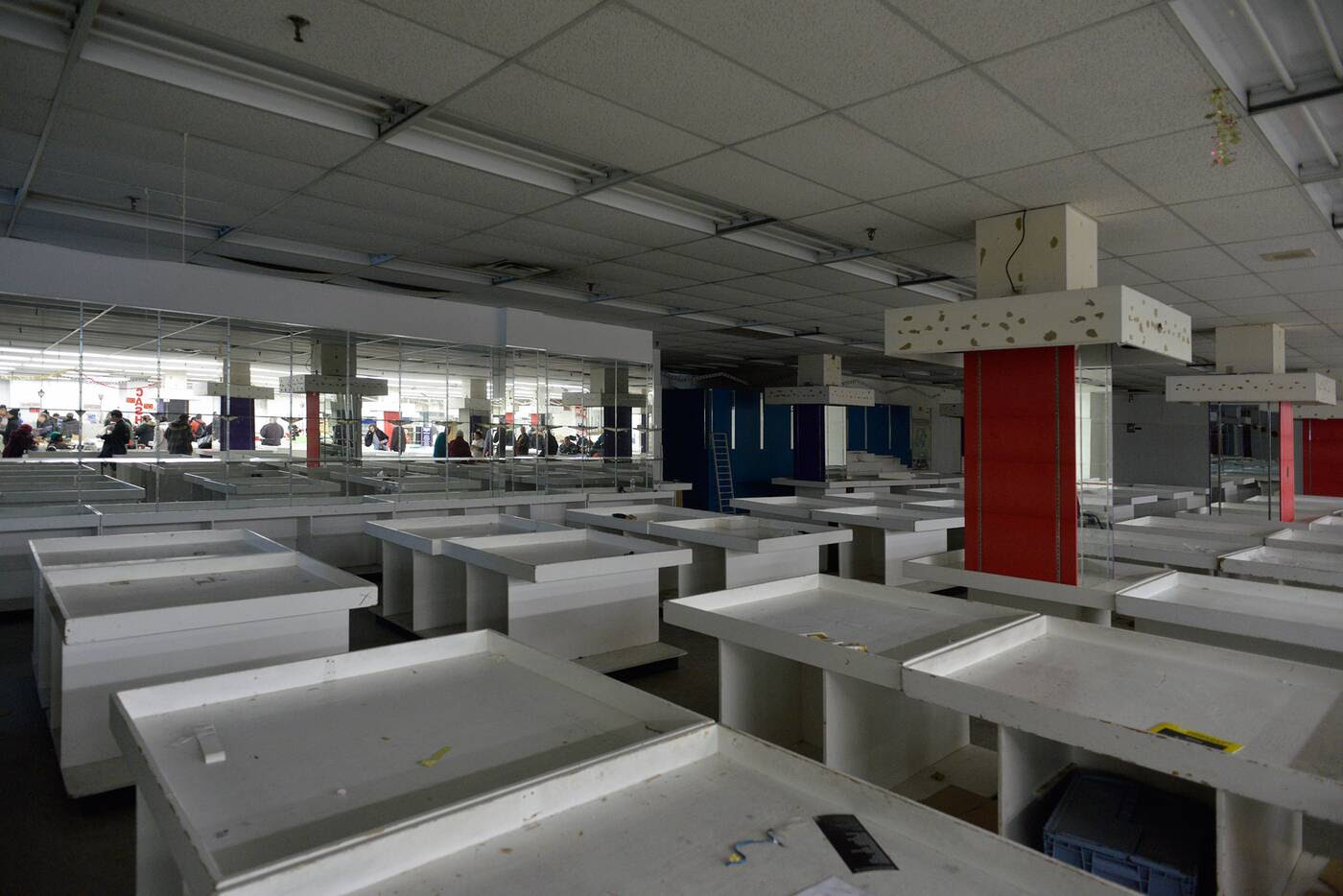 As the clock hit 5 p.m. it seemed as though the people who weren't buying one of the remaining hand-painted signs or sturdy shopping bags were standing in place waiting for something important to happen. It didn't. A few words were spoken by former staff members and then people filed out in an orderly fashion. 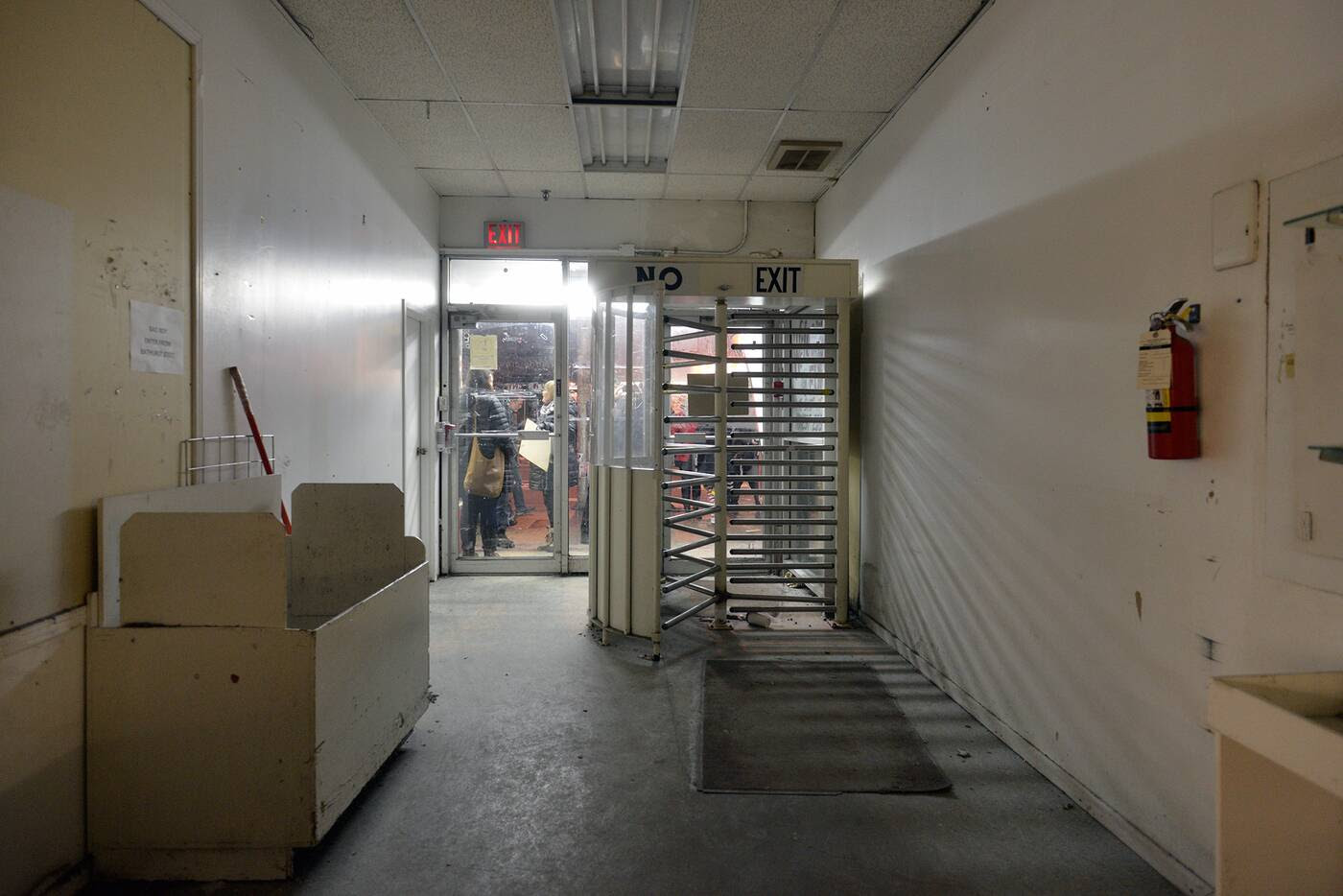 The real scene was outside where the late dusk sky activated the flashes on the smartphone and mini-cameras that were busy capturing the remains of the grand old building. As the sign pulsed above and the flashes sparked below, the street became a stadium full of fans witnessing the sprawling store's last stand. 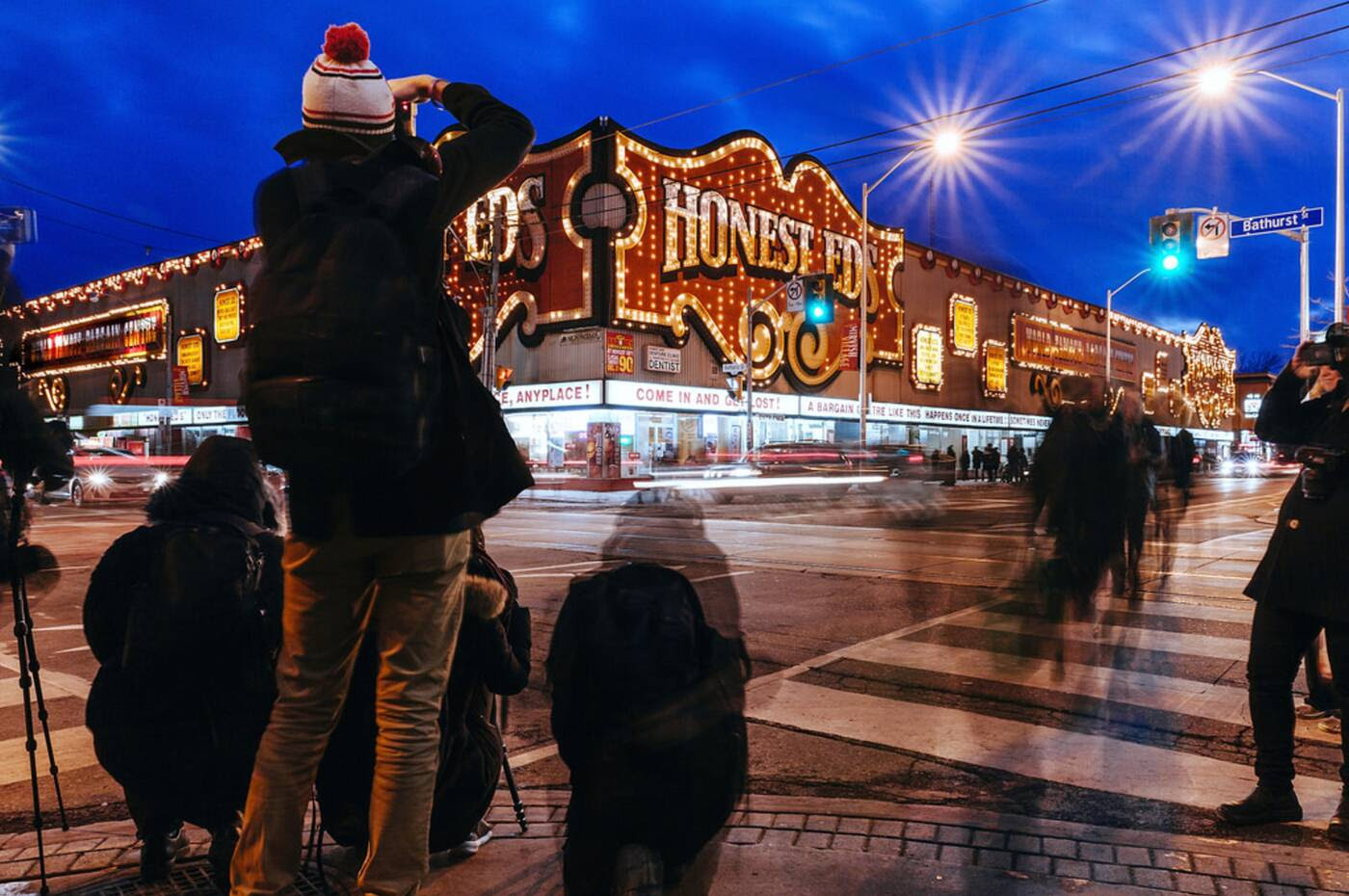 This was a spectacle worthy of the Honest Ed's we knew and loved.

by Derek Flack via blogTO
Posted by Arun Augustin at 4:23 PM