The top 10 new late night eats in Toronto this year 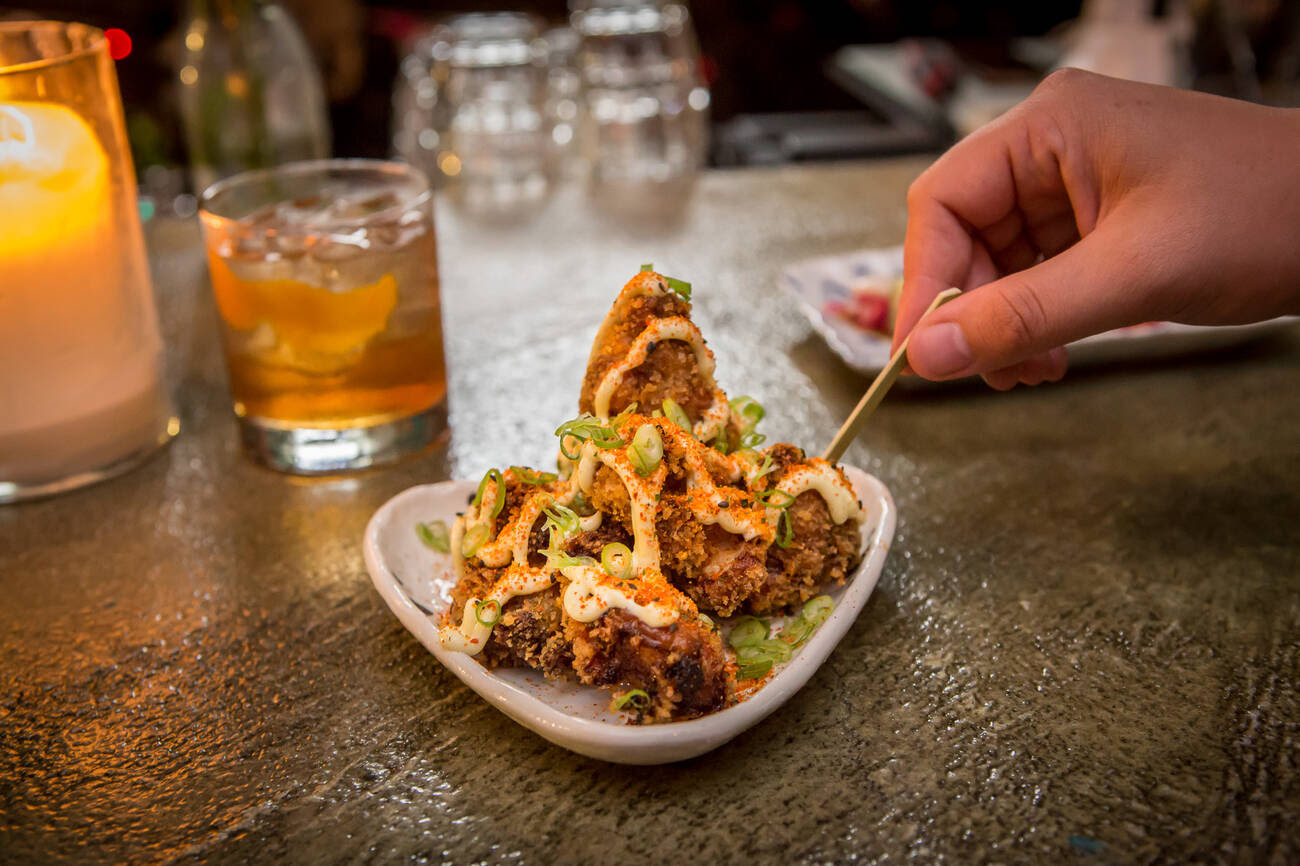 Late night eats in Toronto just keep getting better and better. This year we've witnessed a slew of new joints open all over the city. From Caribbean takeout spots to bars named after horror films, when hunger strikes in the middle of the night, you have lots of options.

Here are my picks for the top new late night eats spots in Toronto.

The bar located below Home of the Brave on King West is serving up delectable bite sized grub until 2 a.m. Bar snacks range from oysters to fried chicken to ceviche.

The Caribbean joint that is just walking distance from the clubby King and Bathurst is open wee into the night to satisfy all your post bar needs. Jerk chicken sandwiches and plates are offered until 12 a.m. during the week and 4 a.m. on Friday and Saturdays.

Toronto's top late night poutine purveyor expanded to King West this year. You can now fill up on fries topped with all the fixins until 3:30 a.m. on weekends.

This Shining themed bar is found in Leslieville, an area that is seriously lacking in late night grub. Alongside the great cocktail list is a menu of simple bar snacks that include ballpark hotdogs and beef patty burgers that are on offer until 2 a.m.

From the crew behind Get Well, this Geary Avenue bar comes with a North of Brooklyn pizza counter. Grab a slice or a whole pie until 2 a.m.

The West Queen West German beer hall does more than just tasty pilsners. From 11 p.m. to 2 a.m. they offer a late night menu which features items like a beet salad, cheese and meat board, schnitzel and more.

The Dundas West bar dishes out Canadian comfort food and cocktails 'til 2 a.m. Chow down on goodies like pork ribs, jerk octopus salad and fried chicken.

This party bar from the restaurant group behind Toronto's El Furniture Warehouse and Queen Street Warehouse is serving up food until last call. The menu features a eclectic selection of snack foods and all are priced at $4.95.

If you find yourself hungry in North York in the middle of the night this Taiwanese-Japanese restaurant will satisfy cravings for wings, omurice and over the top desserts.

The Tex-Mex joint found in CityPlace is serving up a late night eats menu until 2 a.m. Snack on chips and guacamole, tacos, flatbreads and salads.

by Jaclyn Skrobacky via blogTO
Posted by Arun Augustin at 6:58 AM