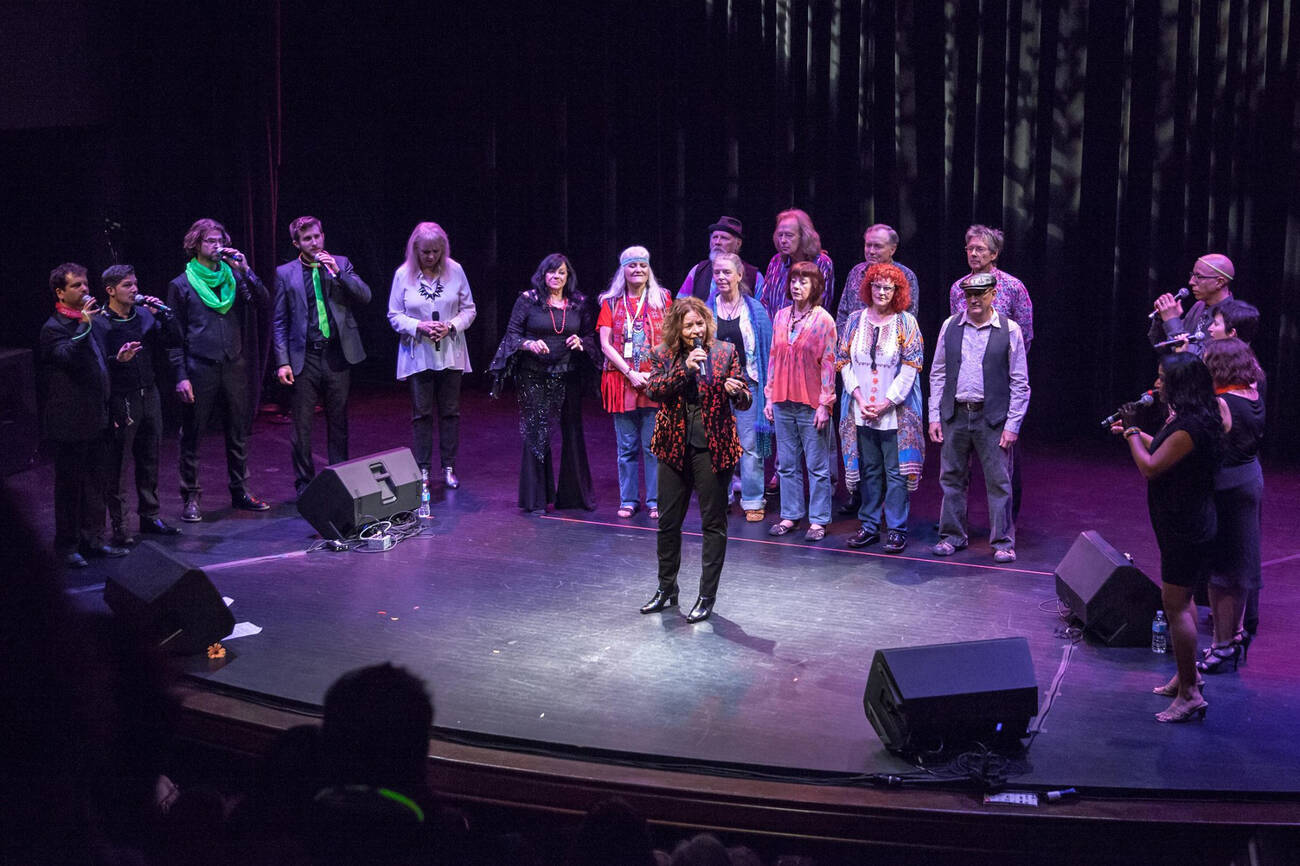 Events in Toronto today spell good news for anyone who has ever sung in the shower as Sing! kicks off with concerts and programming all over the city. There's also a big birthday bash happening for Hemingway's as it celebrates 38 glorious years.

Hereditary (May 23 @ TIFF Bell Lightbox)
Director Ari Aster is on hand to discuss his supernatural horror film that has been getting buzz at both Sundance and SXSW.
ImaginePeace (May 23 @ Gardiner Museum)
Inspired by Yoko Ono’s activism, this series pairs artists with academics to discuss how people are shaping the future in the digital space.
King Tuff (May 23 @ Horseshoe Tavern)
Always working to take indie pop and garage rock to strange, new places: King Tuff is here with Cut Worms to bring on the tripped-out vibes.
Hollywood Rectangles (May 23 @ Comedy Bar)
The classic game show of Hollywood Squares sees comedians impersonating celebrities and stretching the definition of the word itself.
Hemingway's Anniversary Party (May 23 @ Hemingway's)
This Yorkville mainstay is celebrating 38 years with a big birthday bash featuring tons of barbecue, giveaways and prizes.
Emmure (May 23 @ Mod Club Theatre)
The self-proclaimed cult of Emmure arrives with their slow-roasted brand of metal core for only the bravest of souls.
On The Rise (May 23 @ Free Space)
Five creators share their experiences of growing as visual storytellers through relationships and skill building, moderated by writer Monica Heisey.
Spacing Mag and Book Release Party (May 23 @ 401 Richmond)
Toronto's urbanism and architecture mag is set to release its spring 2018 edition with a focus on Toronto at night.
Satyricon (May 23 @ The Opera House)
Longtime sweethearts of the Norwegian black metal scene, Satyricon is here alongside Panzerfaust and Blood of Christ.
Sing! (May 23 - June 3 @ Multiple Venues)
The best in a cappella gets a week-long celebration, featuring local and international performers, concerts, workshops and free events.