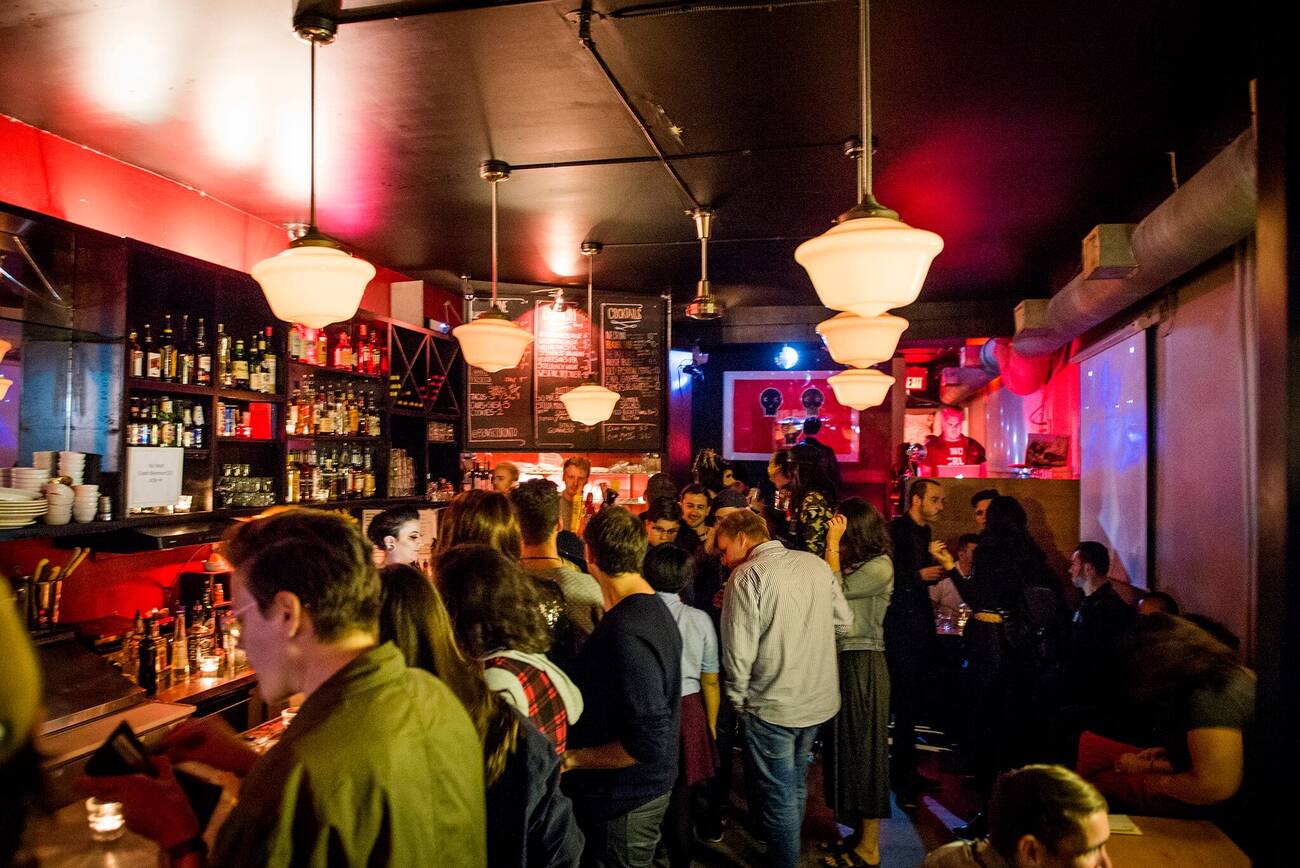 Events in Toronto today make for an exciting Tuesday with an all-vinyl dance party at The Beaver, while CBC Radio's Pedro Mendes talks men's fashion. It's also opening night for the ReelAbilities Film Festival that's on until June 4.

ReelAbilities Film Festival Opening Night (May 29 @ Toronto Reference Library)
ReelAbilitites kicks off its third year of showcasing disability and Deaf cultures through film with an opening night party and screenings.
Nothing More Than 7" (May 29 @ Beaver Cafe)
After DJ Triple-X discovered three huge crates of vintage vinyl, this West Queen West mainstay opted for a Tuesday night 7" vinyl dance party.
Toronto Men Too Bashful to Wear Stylish Clothing (May 29 @ Broadview Hotel (Lincoln Hall & Terrace))
CBC Radio's Pedro Mendes explores the height of menswear in Toronto with a lecture, drawing from the archives of Canada’s oldest custom tailor: Walter Beauchamp.
Soufra (May 29 @ Hot Docs Ted Rogers Cinema)
Eatable Films and Newcomer Kitchen are serving up traditional Syrian food alongside a screening of Soufra and a Q&A with NYT writer David Sax.
Hadithi (May 29 @ Drake Commissary)
In celebration of storytelling cultures around the world, this new series has women from diverse backgrounds and experiences telling stories of nurturing.
In Conversation with Brad Bird (May 29 @ TIFF Bell Lightbox)
Director Brad Bird talks about his decades-long career in Hollywood and his creative process.
HammerFall (May 29 @ The Opera House)
Swedish heavy metal band HammerFall is still going strong after over two decades, they join with Flotsam and Jetsam for a night at The Opera House.
Shit We Like to Eat (May 29 @ 848 King St West)
Local chefs come together to cook up what they like to eat — explore a full menu of treats and goodies they make for themselves when no one is around.
Vengeance (May 29 @ Theatre Centre Cafe)
Red hot rage overcomes us on occasion and this showcase of comedians tell their stories of relationships and revenge.
Art by Architects (May 29 @ The Great Hall)
Artwork by people in the architectural, design and art industries gets auctioned off during this exhibit and party in support for Ride for Heart.