The Ontario election just got a lot weirder 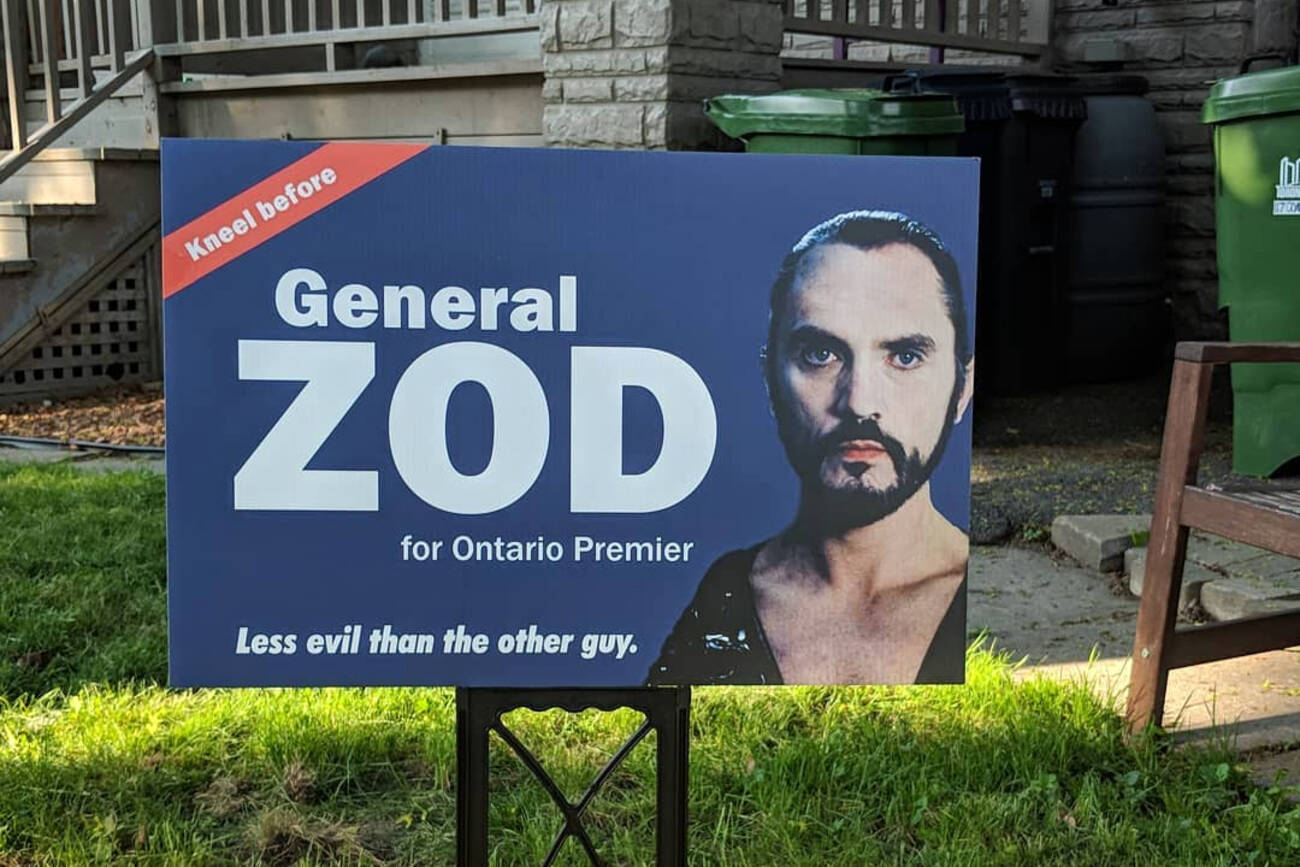 Ontario is now only one week away from its June 7 general election and, as my good friend Diddy once advised, we all must vote to ensure our continued survival.

The latter candidate won't be appearing on any ballots, as he is fictional, but that hasn't stopped him from generating a fair amount of support among the "I hate all three options" crowd.

Seems like the Ontario election just got a little interesting as General Zod enters the race! I haven’t seen a platform yet, but he is quoted as saying, “I win! I always win. Is there no one on this planet to even challenge me?!” #ONpoli #ONelection2018 pic.twitter.com/K1bzAfb191

Zod, as portrayed by English actor Terence Stamp in the 1978 and 1980 Superman movies, appears to be running for premier on the platform that he's "less evil than the other guy."

The sign that conveys this message was created by Zoltan Hawryluk of Toronto "after a couple of drinks" two weeks ago, but has since been re-printed by others and posted to front lawns around the city.

You can grab a high-resolution version of the sign here, if you're interested, courtesy of the artist.

Made this so I can put this on my lawn. https://t.co/aud9DpcNHH pic.twitter.com/s2HtO4i4jR

After noticing the buzz, someone who isn't Hawryluk liked the idea so much that they created a Twitter account for Zod's election campaign.

"General Zod is dedicated to the subjugation of the people of Ontario," reads that account's bio. "He is a ruthless dictator. In short, a better choice than Doug Ford."

It seems like the parody campaign might be a bit anti-Ford, and it wouldn't be the first of its kind this year, but it's important to remember that General Zod is a really bad guy.

General Zod did try to enslave the Earth but Doug Ford would close down libraries "in a heartbeat". So who is the real monster?#OntarioVotes #DougFord #ONPC

Canadian citizens who reside in Ontario and are at least 18 years of age on election day, June 7, are eligible to vote. Visit Elections Ontario for more information on where to go and what to do.

by Lauren O'Neil via blogTO
Posted by Arun Augustin at 8:33 AM