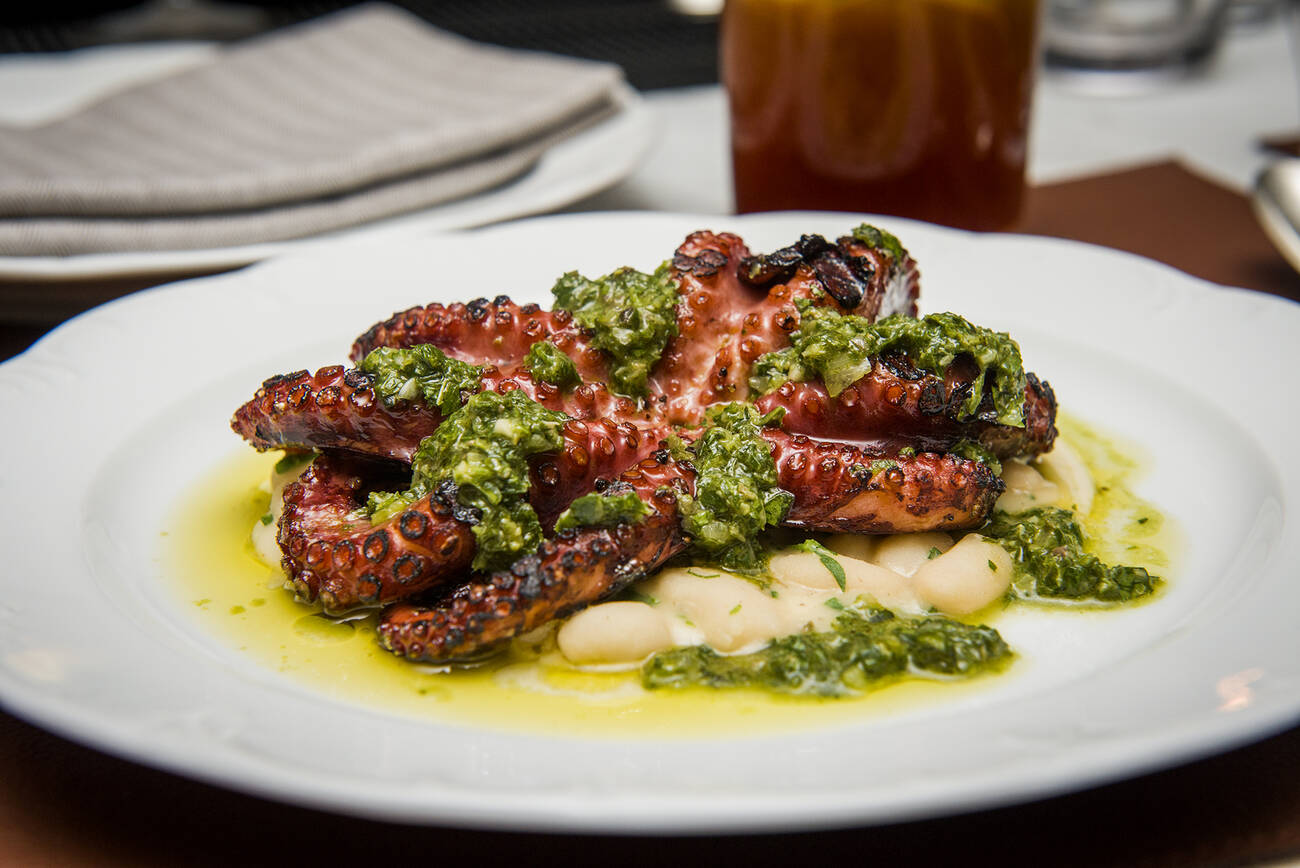 The hottest restaurants in Toronto right now are going strong. Italian, dumplings, pizza, sushi, falafel and hummus, wine, Jamaican: these are no-fail offerings, and at the fashionable joints below they’re selling like hotcakes.

Here are my picks for the hottest restaurants in Toronto right now.

Sharing is caring at this pretty little new Italian kid on the block where Bestellen used to reside in Brockton Village. An open kitchen led by Rob Rossi turns out pasta, seafood and wood-fired pizza.

On the bottom floor of the new Anndore House boutique hotel near Yonge and Bloor, dine surrounded by blown-glass vases and watch as a kitchen in the centre of the dining room prepares Mediterranean-Italian pasta dishes, crostini and intricate desserts.

This tahini factory on Geary makes their own hummus, falafel, and other Middle Eastern classics, and Toronto is clamouring for them.

The chocolate bomb at this semi-hidden Peruvian restaurant in the King West neighbourhood has become something of an Instagram star, but make no mistake, the ceviche and cocktails are impeccable too.

When a chef from Buca broke off to create this new Little Italy project, the results were nothing short of stunning, with handmade fresh pasta in the spotlight.

Some of the best AYCE sushi in the city has made its way downtown with a fresh spot on Bay packed with raw fish lovers.

You’ll find everything that goes great with wine at this adored all-day bar on Dundas West: meats, cheeses, mussels, fries, and even Portuguese chicken.

It’s no surprise in Toronto that a Jamaican concept would be popular, especially one located in a charming converted boarding house near King and Portland. Throw in pit cooking and rum punch, and the reservations book themselves.

Weekends are slammed at this dimly lit restaurant on Roncesvalles, Cambodian cooking wholeheartedly embraced by the community.

by Amy Carlberg via blogTO
Posted by Arun Augustin at 7:44 AM