The top 10 running clubs in Toronto 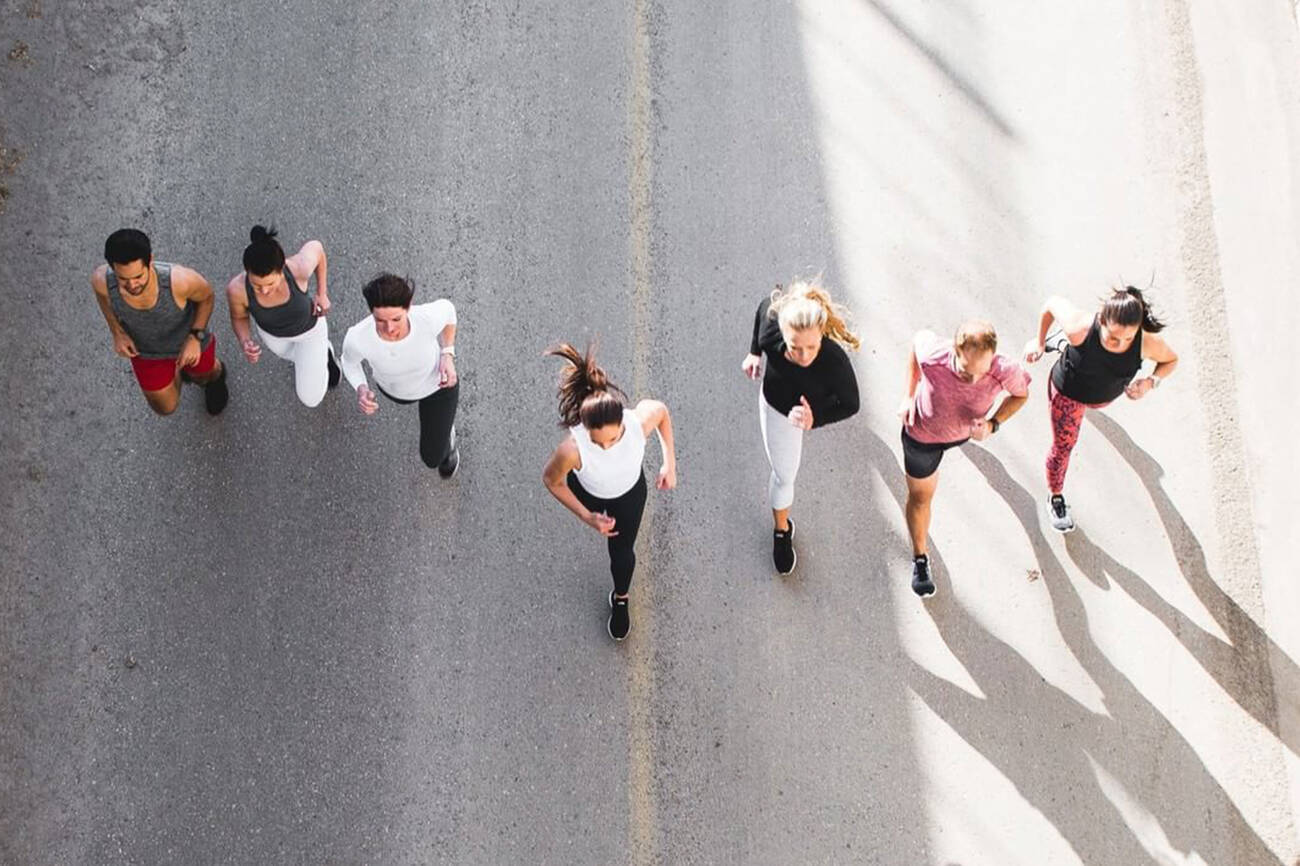 Running clubs in Toronto are where to turn to when running solo starts to get boring. Thankfully, there are plenty of running clubs in the city so for of all skill levels looking to join one.

Here's a round-up of notable running clubs in Toronto.

When: Tuesdays at 6:00 p.m., meet at the Downtown Yonge Running Room
Distance: 7K, 10K and 13K
Cost: Free
More junior runners should join on the first Tuesday of the month when a moderate pace is available because this popular club is for those who can run 10K at a moderate pace or faster.

When: Various, find run clubs using the store locator.
Distance: 5K to 10K
Cost: Free
Not just for yoga, Lululemon hosts run clubs from many of their stores across the city. Their seasoned run ambassadors typically host runs twice a week within the 5-10K range. Beginners are not just welcomed, they're encouraged.

When: Wednesdays at 6:34 p.m., meet at Central Tech Stadium
Distance: 5K and 8K
Cost: Free
This run club began is support of the mammoth Sporting Life 10K and now meets at Central Tech. Follow their pacers on Instagram (like Eric Bang, Tas, Rachel, Krista and Brandon) for run times, or head over to the Nike website for more info.

When: Wednesdays at 6 p.m. and Sundays at 8:30 a.m, meet at all Running Room locations
Distance: Varies by location
Cost: Free, but requires registration
With a name like Running Room, you expect them to have a wealth of running options and they deliver. Practice is open to all runners and walkers with multiple groups under the guidance of pace group leaders. Running Room also holds walking training programs in addition to women-only, learn to run and training for all major distances.

When: Saturdays at 8:30 am by the Starbucks across from the Beaches Running Room (formally); Wednesdays at 6:30 p.m. and Sundays at 8:30 a.m. at the Beaches Running Room (informally)
Distance: Various between 6 and 30K
Cost: Free, but members are asked to donate some time volunteering for races within the community.
In just a few years this run club has grown from 20 to over 200 runners, with about 30 runners joining for each run. The club is a "social running club" that offers all new runners support and guidance on the road to getting better.

When: Wednesdays at 6:30 p.m. and Saturdays at 9:00 a.m, meet at the Lawrence Park Health Clinic
Distances: 7K to 15K
Cost: $40 membership
Midtowners can get in on the running action by joining this club that runs in the Yonge & Lawrence, Yonge & Eglinton, Yonge & St. Clair corridors, and from the Allen in the west to Laird in the east. The club also hosts a pub night every week after the Wednesday run.

When: Every week or couple of weeks, check the event schedule, starting location varies depending on event and run length
Distance: 3K, 5K and 10K
Cost: Free, but registration is required for some runs
Since 2014 this steadfast craft beer running series, meeting every week or two, has a different way of doing things: 10K racers begin first, picking up the 5K races in the last half who — as a large group — pick up the 3K racers to all end together. Then, they go out for a brew at one of the city's fine establishments.

When: Tuesdays at 7:45 p.m., Saturdays (women's run) at 8:45 a.m., meet at Capital Espresso
Distance: Varies
Cost: Free
The Parkdale Road Runners offer a women's only run on Saturdays, open to women who are capable of running 10K in under 1 hour. The later start time on Tuesdays is perfect for the warmers days of summer and for those who work into the evening.

When: Tuesdays and Thursdays at 6:15 p.m. and Saturdays at 9:15 a.m., meet at The 519
Distance: 5K, 10K, 13K and 15K
Cost: 30$ annually
Frontrunners Toronto is a chapter of the International Frontrunners running organization that aims to create "a friendly space for LBBTTTIQQ2SA runners." They run a variety of distances for all levels through areas like the Rosedale and Moore Park Ravines, the Kay Gardner Beltline and the Don Valley.

by Staff via blogTO
Posted by Arun Augustin at 6:56 AM