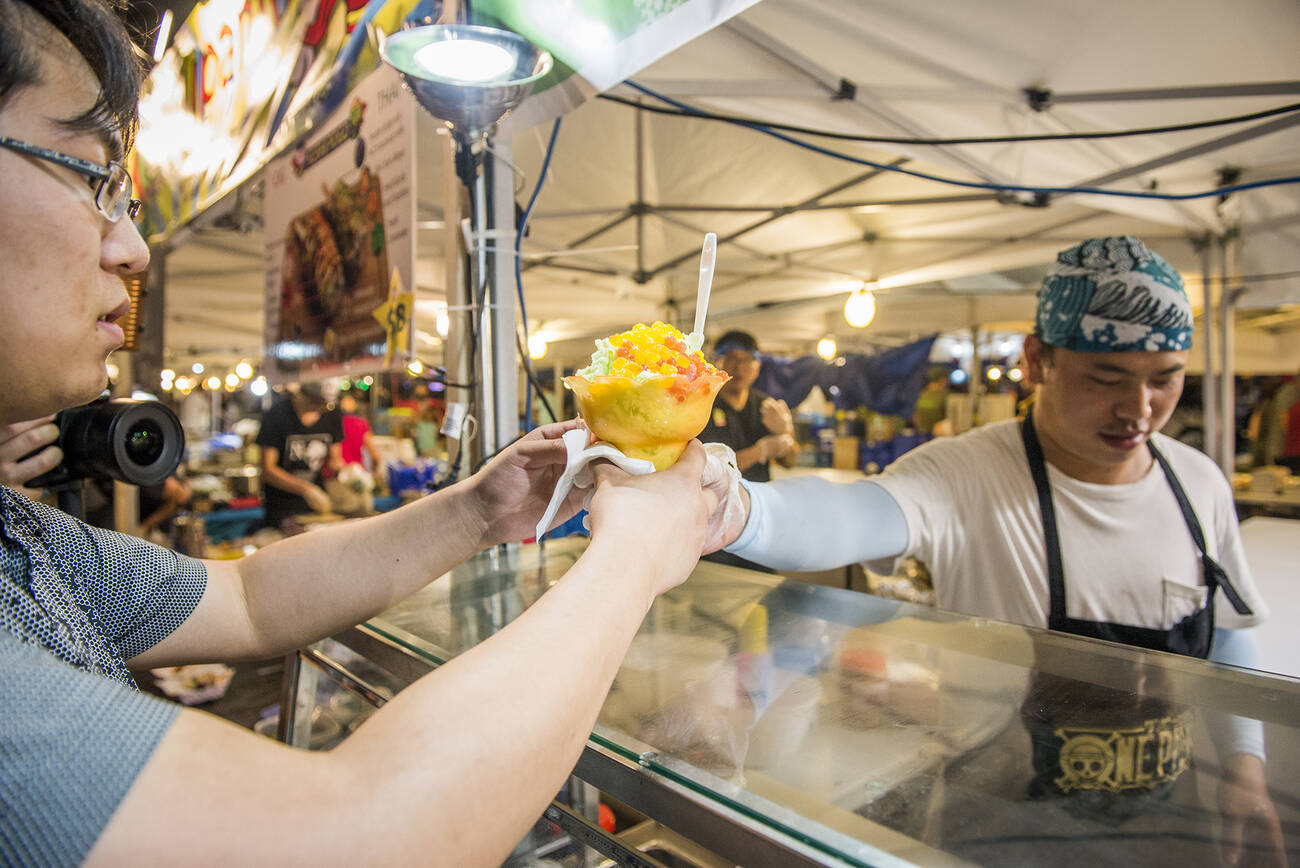 Food Truck'N Friday (May 25 @ Parking lot at the corner of Bloor Street West and Resurrection Road)
Friday means food trucks and there's a new round of vendors arriving to serve up the goodies from Delight Bite, FeasTO, The Arepa Republic and more.
CoCo Grand Opening Celebration (May 25-27 @ CoCo Tea Koreatown)
Coco Fresh Tea & Juice is celebrating the opening of its newest store with a milk tea give-away and a buy one, get one free deal all day.
Beanstock Coffee Festival (May 26-27 @ Harbourfront Centre)
After a successful Vancouver run, Beanstock is here with local and international vendors, tastings, workshops and a barista competition.
Pig Roast (May 27 @ Earlscourt BBQ)
An old fashion, all-you-can-eat pig roast is going down this Sunday. Tickets include meat, a pint of the featured beer and all the sides your heart desires.
Sausage Party Pop-Up (May 27 @ People's Pint)
Sausage Party is popping up inside of Toronto's DIY brewery for some veggie hotdogs and craft beer action.
Gluten Free Garage (May 27 @ Artscape Wychwood Barns)
Gluten-free goodies take the spotlight, with tons of vendors, food trucks, speakers, drinks and samples happening throughout the day.
Vegan Cheese Pairing (May 29 @ Good Cheese)
It's the first vegan cheese pairing at Good Cheese, expertly marrying plant-based cheeses with a fine selection of wine, beer and cider.
Kampai Festival of Sake (May 31 @ The Fermenting Cellar)
Prepare for a huge festival of all things sake, including hundreds of sake from 30 breweries, plus culinary dishes from Japan and beyond.
Against the Grain's Patio Party (May 31 @ Against The Grain)
Summer season kicks off with a patio party on the waterfront, with beer samples, summery bites, music and a pig roast.
Shawarma Festival (June 9 @ Canary District)
After a successful first year run, chicken, beef, falafel and every other kind of shawarma imaginable gets its own festival this summer.
Bubble Tea Festival (June 23 @ Canary District)
Now in its second year, the Bubble Tea Festival is serving up boba, pearl, milk and the rest during this two day festival in the Canary District.
Night It Up! (July 13-15 @ Markham Civic Centre)
Markham's annual outdoor festival is back, showcasing Asian street foods and nightly performances.
Bastid's BBQ Toronto (July 22 @ 525 King St W)
A full day of BBQ and tunes is returning to King Street with live performances and grub courtesy of DJ Skratch Bastid.

by Lisa Power via blogTO
Posted by Arun Augustin at 6:26 AM