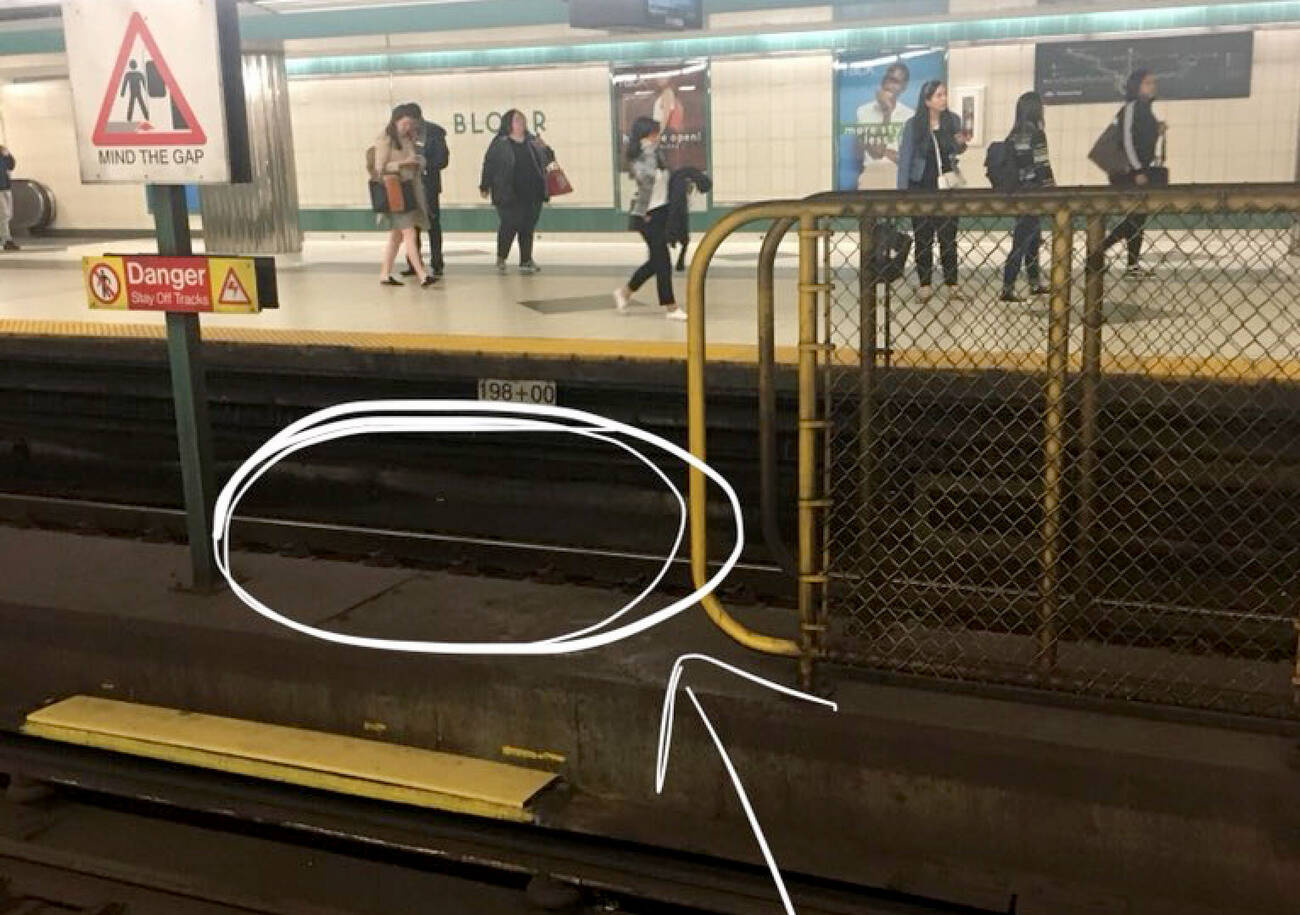 The TTC takes a lot flak over service delays and subway crowding — so much so that it's easy to forget how much the transit agency really does care about customer service.

A quick scroll through the @TTCHelps reply column on Twitter should remedy that, and fast.

The Toronto Transit Commission is killing it, as far as brands on social media go, with consistently helpful and timely responses to every complaint or question that comes in.

And this helpful spirit goes far beyond the confines of our phones and computers.

Just ask Areti Tzanetakis, or anyone else who's dropped something valuable down the subway tracks, only to have it miraculously re-surfaced by a TTC station staffer.

"I lost my new apple earbuds today at Yonge and Dundas station," said Tzanetakis by email on Tuesday. "TTC was amazing at receiving them within the same day I dropped them onto the tracks.... Please give some love to TTC."

The entire situation played out live via Twitter thanks to a friend of Tzanetakis, who reached out to the @TTCHelps account on the off-chance that maybe they could, ya know, help.

@TTChelps @TTCnotices hey guys, I dropped one of my new @Apple AirPods at Bloor-Yonge going southbound this morning.....is it a shot in a dark to ask for it’s retrieval? Asking for a friend. 👀😔

As it turns out, they definitely could — and did.

Within half an hour of the original tweet, the TTC was already working to locate the lost item.

"Whereabouts on the tracks? In the middle etc? Also what colour are they?" asked the @TTCHelps account, to which Tzanetakis' friend replied with a photo.

They are located near the television close to the Hayden street exit staircase at Bloor and Younge station southbound tracks. I’ve added a photo of the whereabouts. It is on the side of the tracks that is most closest to the platform. Thank you again! 🙏🏼 pic.twitter.com/La3SZ51WIx

Less than 15 minutes after that reply, the TTC asked if they come and pick up the AirPod following peak service.

By 9 p.m., Tzanetakis was reunited with her brand new AirPod, relieved that she wouldn't have to go shell out $100 for a simple, accidental drop.

Yes!! Shoutout KM and RA! Shoutout the gentlemen who grabbed them from the tracks and the nice lady who helped us (they were soo accommodating it made our day!!) here’s @itera_05 and her reunited AirPods! pic.twitter.com/hzbST0bfeJ

Now that's some award-winning customer service magic, right there — and it happens all the time.

by Lauren O'Neil via blogTO
Posted by Arun Augustin at 6:49 AM