The top 10 buildings to see at Doors Open Toronto 2018 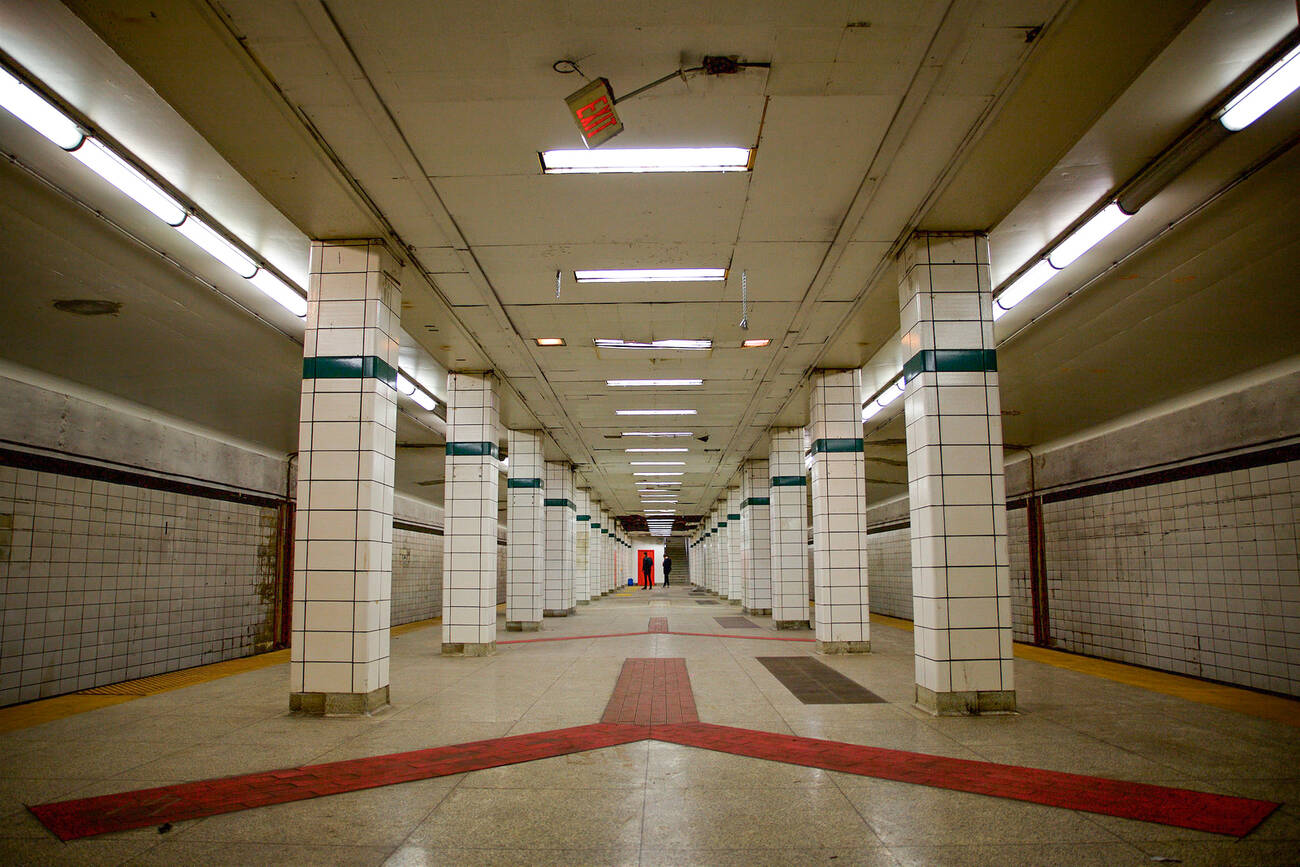 Doors Open Toronto 2018, the city's annual, two-day-long celebration of architecture and snooping, returns this weekend with more than 50 new spaces (out of a total 134) for the public to explore, many of them centred around this year's theme of "Film: The Great Romance."

From can't-miss favourites to exciting new additions, here are my picks for the top buildings to check out at Doors Open Toronto in 2018.

You've likely heard that there's a secret, unused TTC subway station beneath Bay — and that it's nearly impossible to visit without being on some sort of film crew. That changes this weekend, when the TTC opens up Bay Lower to the public after years of reserving it for productions like Resident Evil and The Handmaid's Tale.

If you think that the first five floors of Toronto's biggest library are spectacular, wait until you see the other five — the ones that are usually off-limits to the public. This architectural and cultural landmark houses a lot more than books. Doors Open visitors can expect to see everything from the Arthur Conan Doyle Room to TPL's own Conservation Lab. 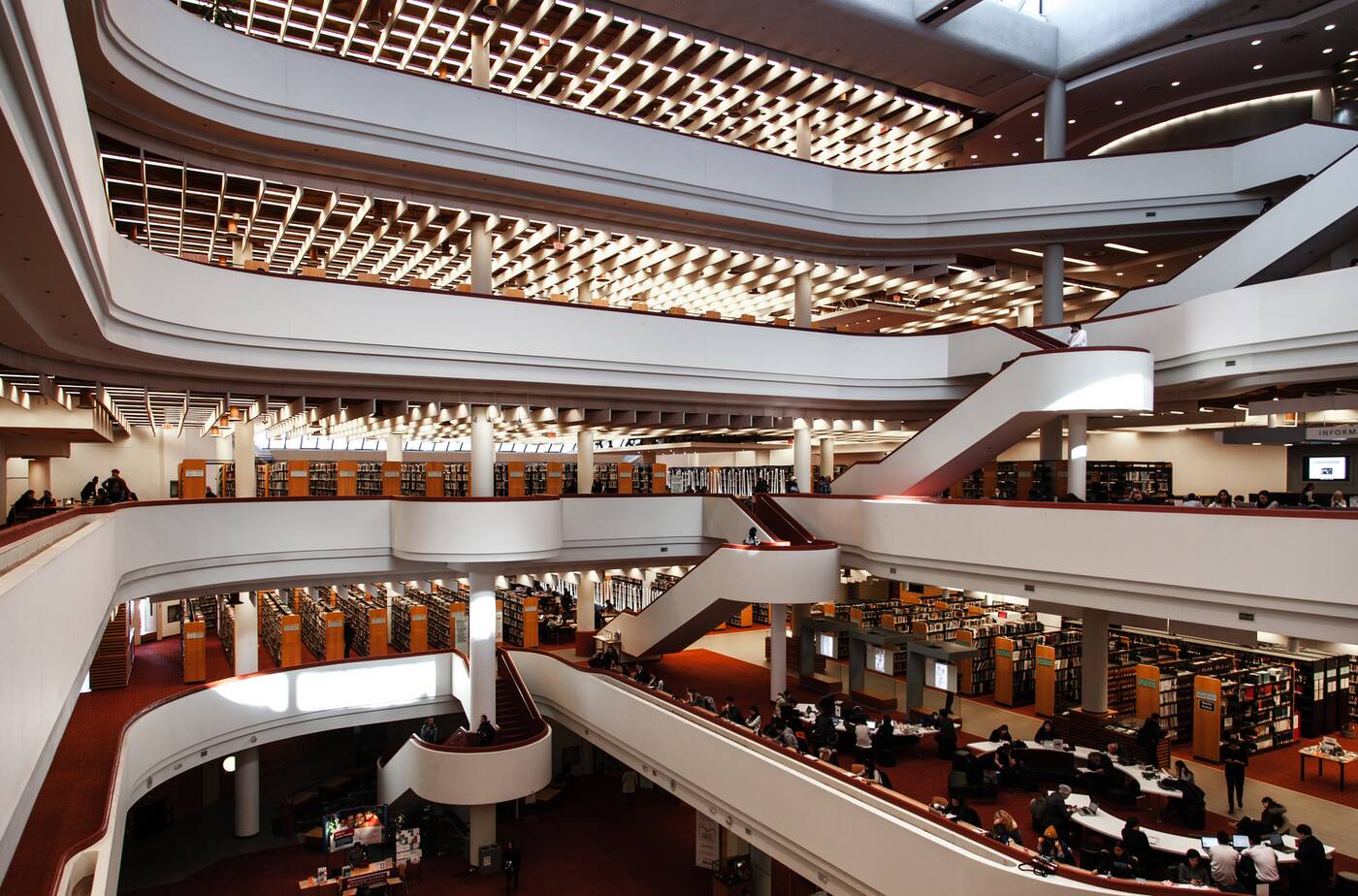 The stunning Toronto Reference Library was designed by architect Raymond Moriyama and completed in 1977. Photo by Jack Landau.

Like Bay Station, something old, cool and definitely haunted lies beneath the brick "cottage" buildings at Humber College's Lakeshore campus. Built in 1888 by patients at the Mimico Branch Asylum, the psychiatric hospital-turned-learning centre is connected by a series of historic underground tunnels that you can walk through this weekend.

Theatre, film, TV and fashion fans alike will have the rare opportunity this weekend to see Malabar's sprawling Brockton Village warehouse — home to more than 30,000 historical costumes dating back to 1923. Experts in makeup, design and costumes ranging from the Medieval to Edwardian periods will be on hand to help you explore. 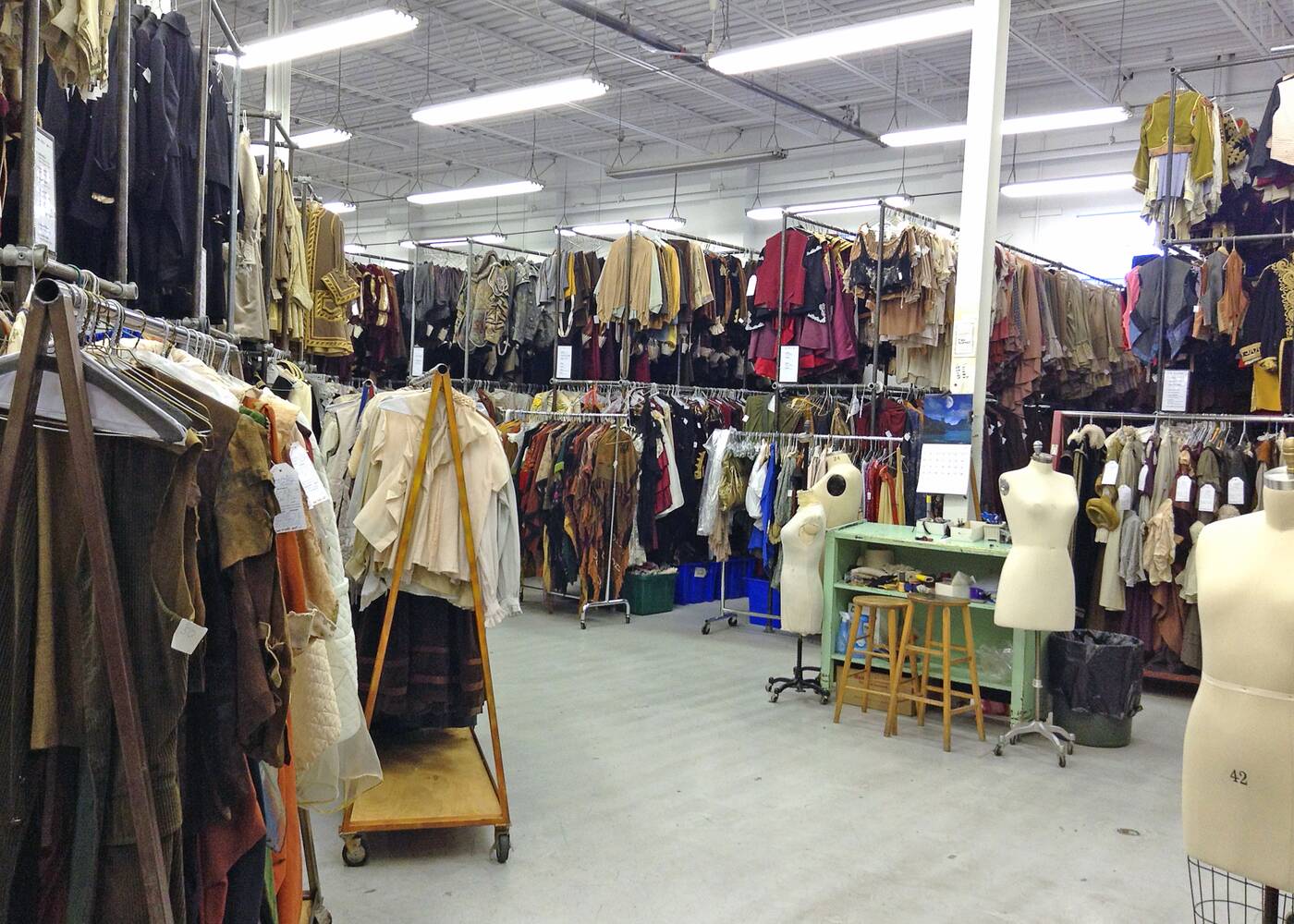 The costumes in Malabar's warehouse at 122 Brock Avenue are rented throughout North America for opera and theatre productions, as well as for film and television shows. Image via City of Toronto.

Doors Open purists will be thrilled to note that one of Toronto's most-renowned architecture studios will be welcoming guests into its open-concept creative hub in Dovercourt Village — a space that has severed as everything from a textile factory to a practice space for musicians like Drake and The Weeknd early in their careers.

This video game industry giant will be opening its doors to the public on May 26 for the first time since it was established in 2010. Guests can look forward to experiencing Ubisoft's "Performance Capture studio," which uses 80 VICON cameras to produce the highest-quality performance capture for games, film and TV. 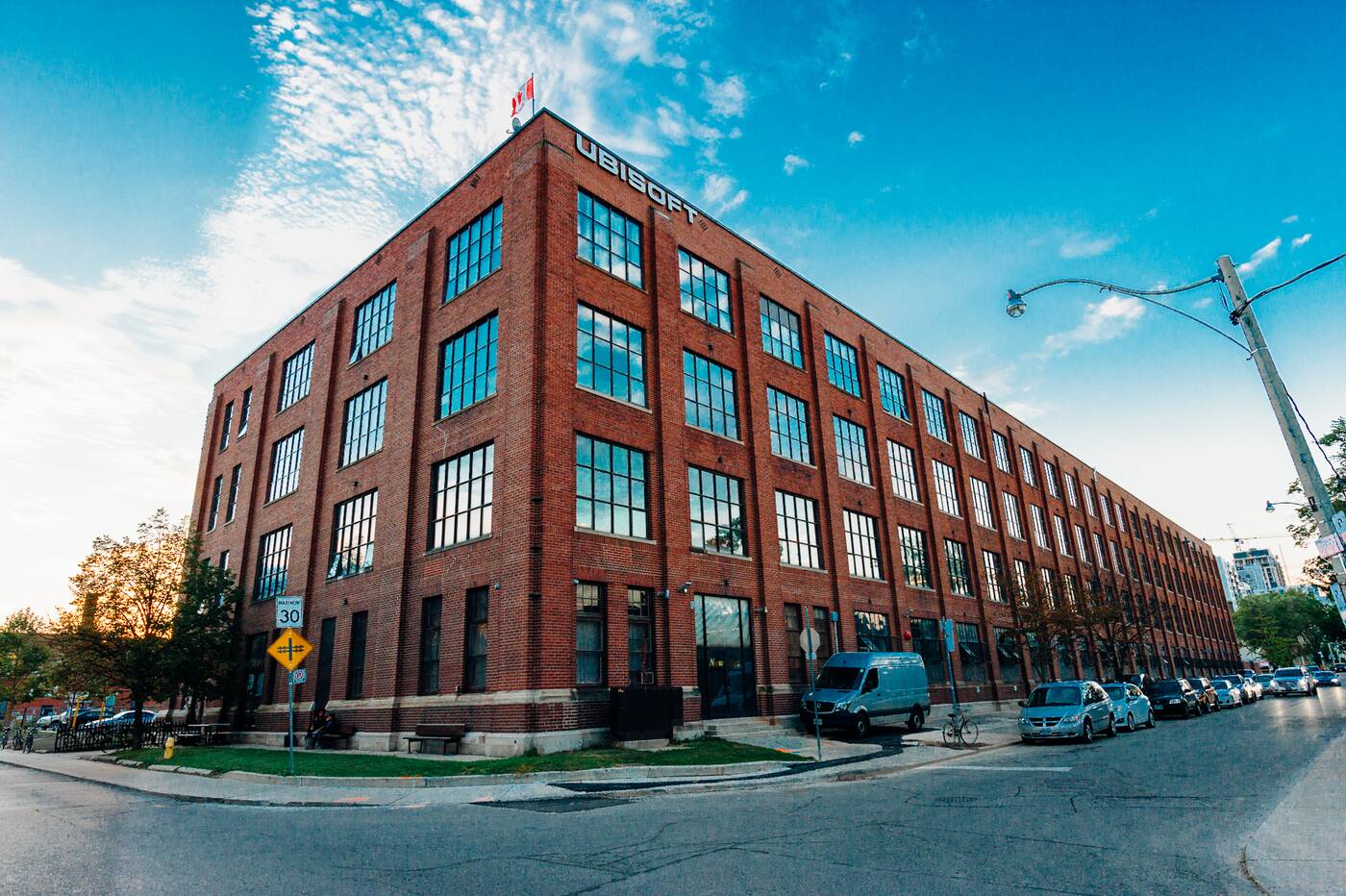 Another new addition to this year's program is home to some of Canada's most cutting-edge research in psychics, astrophysics and astronomy. It's also where Good Will Hunting was filmed. Doors Open visitors should be sure to check out this building's huge, 16th floor telescopes for a chance to safely view the sun.

One of Toronto's coolest depression-era industrial towers is fast-transforming into the the Museum of Contemporary Art's new home in the Junction Triangle. Get a sneak preview of how MOCA is using the Tower Automotive Building before everyone else does: the space won't officially open until September. 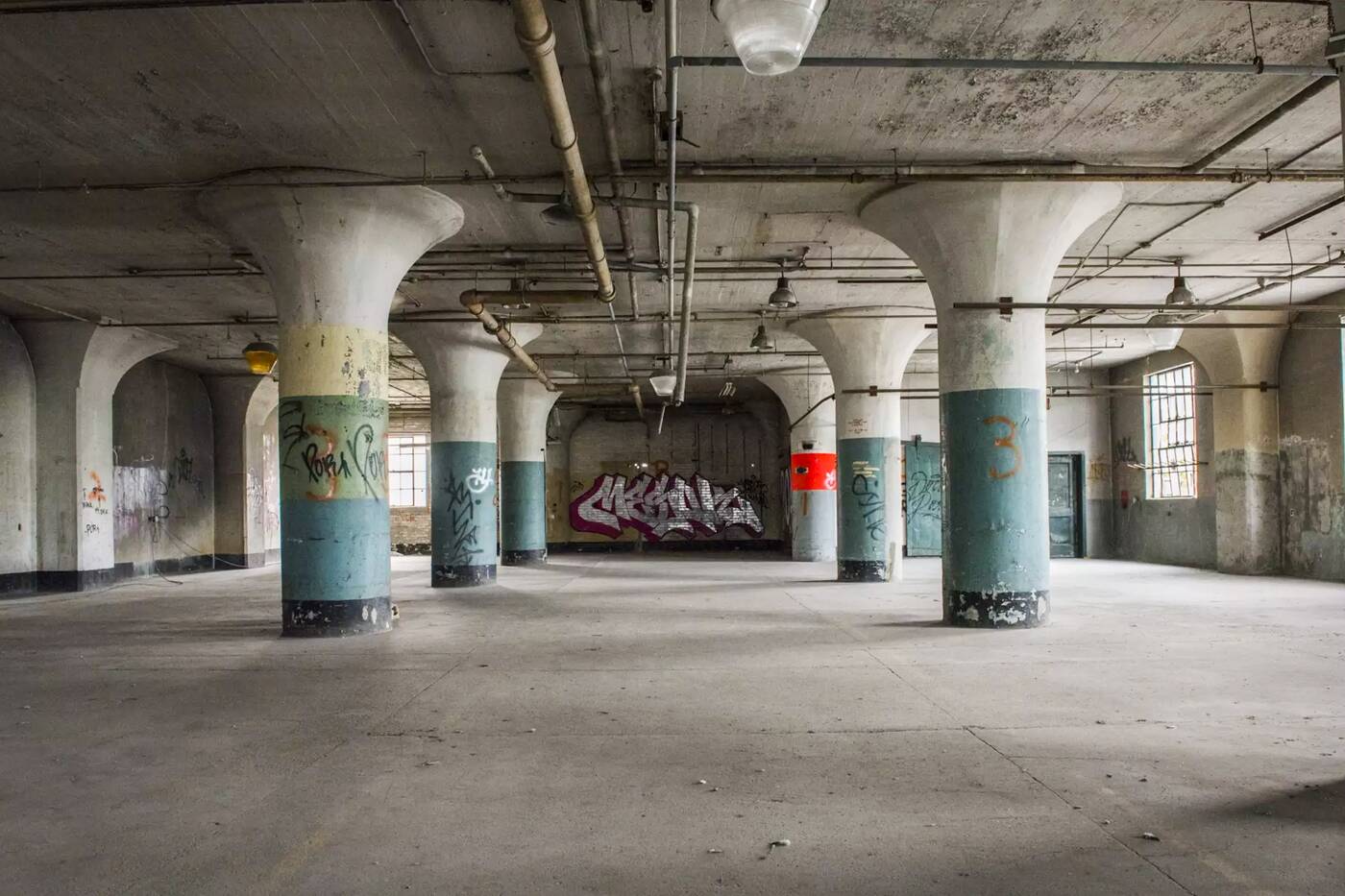 The Tower Automotive Building, build for the Northern Aluminum Company in 1919, has been sitting vacant since its closure in 2006. Image by Hector Vasquez.

Located in the heart of Toronto's Studio District, this 10,000 square foot media production space features an indoor park, among other cool filming spaces. Visitors for Doors Open will get to dress up in costumes and take pictures with larger-than-life props from shows like Carmilla and Murdoch Mysteries.

This actual convent in North York, near the intersection at Cummer and Maxome avenues, is described as a "contemporary expression of monasticism" for the Anglican Sisterhood of St. John the Divine. Guests are invited to explore spectacular architectural details, like a high-vaulted chapel with 100-year-old carvings and an outdoor labyrinth.

We will select our 10 favourite photos from those submitted, and then the public will have a chance to vote for their favourite between May 28 and June 3, 2018. The winners will be announced on June 4, 2018.

by Lauren O'Neil via blogTO
Posted by Arun Augustin at 11:24 AM