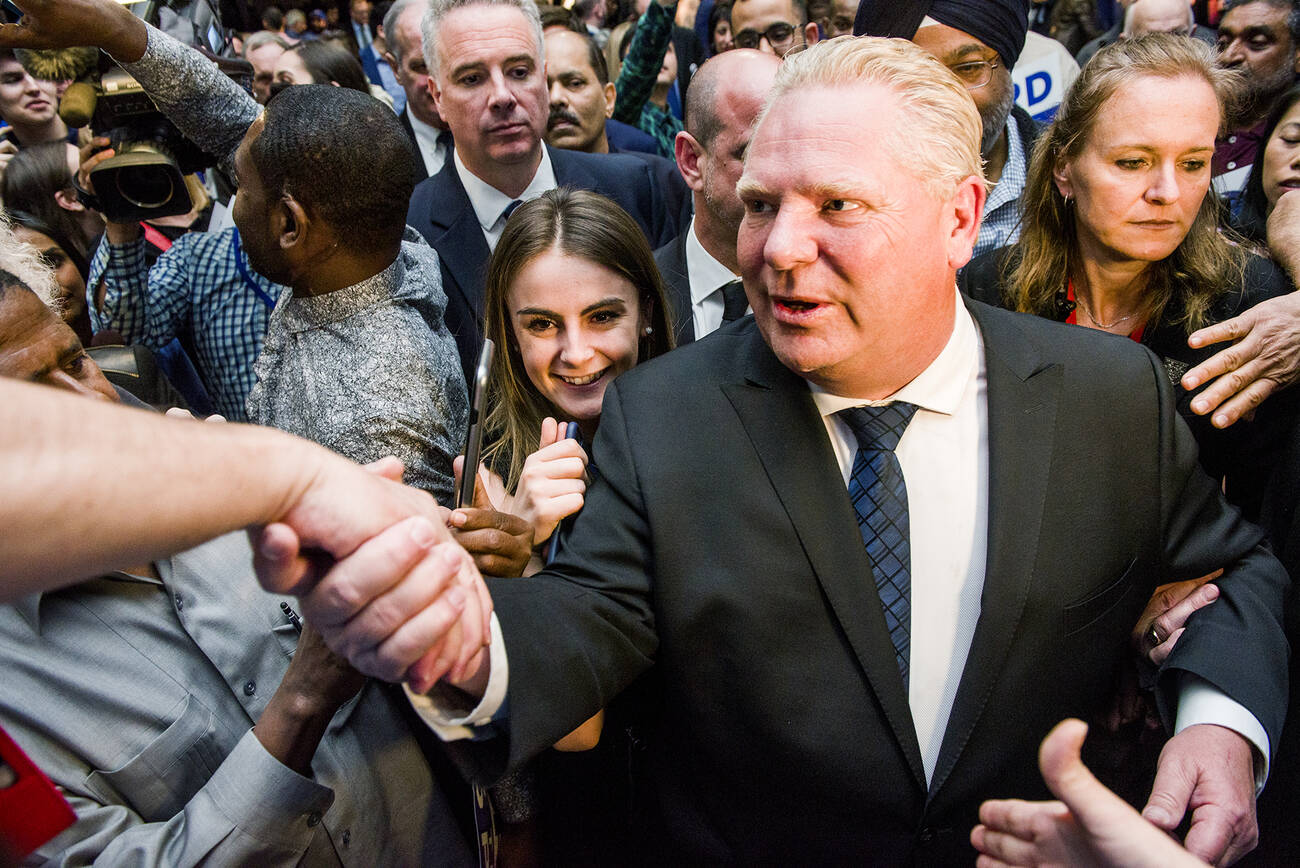 Doug Ford is pulling the ol' buck-a-beer card just days in to campaigning for the provincial election, and people on Twitter are not reacting well to the proposition.

For too long beer consumers have been forced to pay inflated prices for beer in order to increase the profits of big corporations. Doug Ford will bring back buck a beer. #onpoli #onelxn pic.twitter.com/ZosD6Xa9fj

The PC Leader said Saturday in an e-mail, "For too long beer consumers have been forced to pay inflated prices for beer in order to increase the profits of big corporations."

"We’re going to allow price competition for beer and this will save consumers money."

Is this...a joke? This can't actually be a legitimate campaign promise.

Many people are confused as to whether or not this is a hoax courtesy of a troll PC Party Twitter account or if it's real.

When Hudak came out with "Buck a Beer" in 2011, it was a loser line. Who cares? Why expect a different reaction 7 yrs later? Still sounds irrelevant & desperate. #onelxn #onpoli

Since the announcement, people have been taking to Twitter to drag Ford for the out-of-pocket proposal à la Tim Hudak, which – while a nice sentiment – is so passé.

What???? Is this a joke? Who took over your twitter account? Let's talk housing, transportation, education, healthcare. Anything other than this gimmick. And it won't impact revenue due to volume? Wow

Many are wondering why this buck-a-beer policy is taking centre stage while there are so many other issues for the PC party to campaign on this election.

Ford is talking about cheap beer, but here I am still looking for that PC platform.... #onpoli #Change4Better pic.twitter.com/aJhuSzsp7d

Also, the fact that this statement comes before the release of a full costed financial platform from the Tories is irking some people.

And also giving rise to some of the funniest memes of the election yet, case and point: this excellent use of the "Is This A Pigeon" meme.

You know when jocks ran for president of your junior high school, and they'd promise "Vote for me! No more homework" because they had nothing else to offer. Ford's beer promise is like that. #onpoli

Many are comparing Ford's attempt at bringing back the minimum price of 24 bottles of beer for $24 to a high school student council platform.

Your next issue should be making hotdogs and hotdog buns sold in equal number in the packages. THESE THINGS MATTER

Others have taken to suggesting some other policies of equal importance, like moderating the hotdog-to-bun ratio.

And reinstating an old policy that will inevitably cut costs and reduce the national debt: Twoonie Tuesdays.

Meanwhile, others are just taking the news at face value. Depending on your priorities, paying $1 per beer again might be worth having Doug Ford as premiere of the province.

by Tanya Mok via blogTO
Posted by Arun Augustin at 7:16 AM