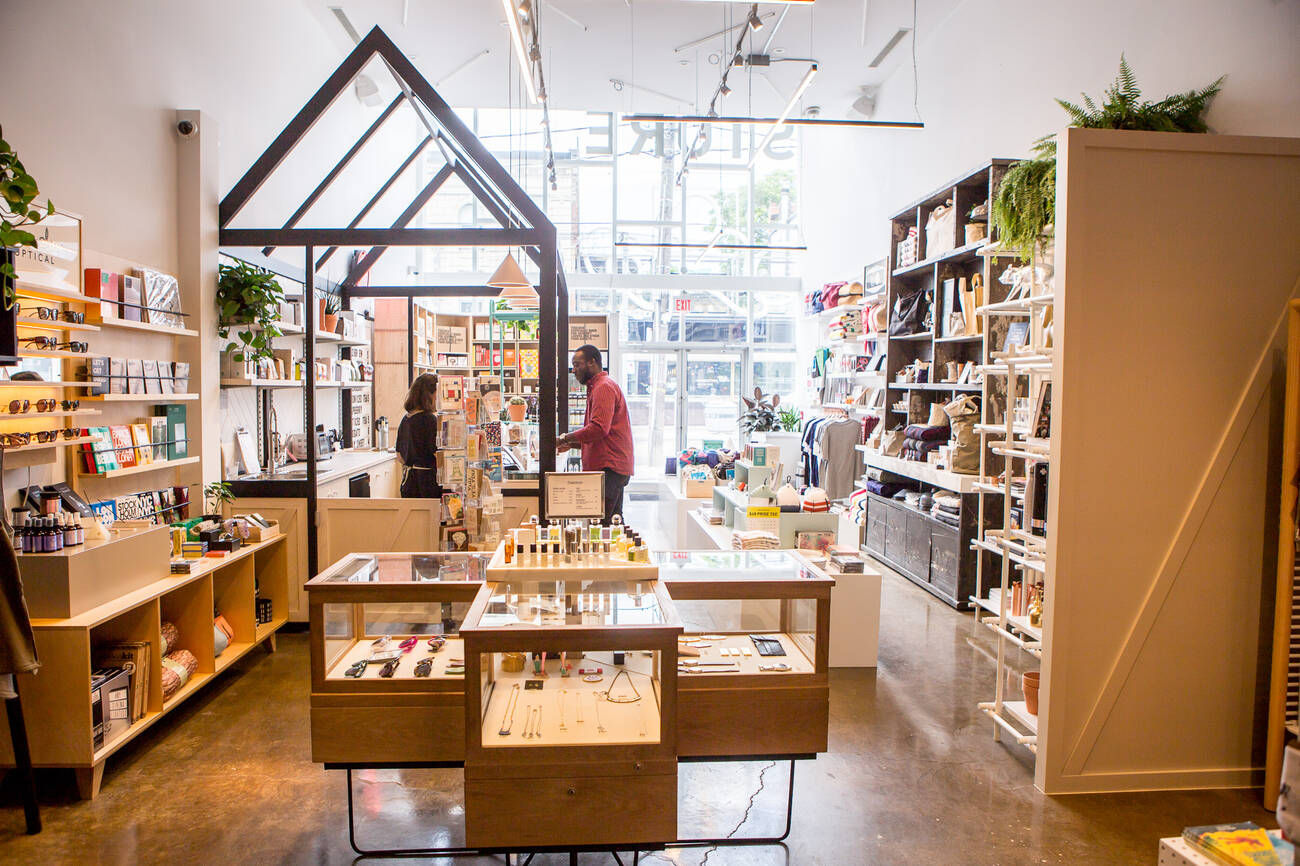 After years of what seems like nonstop expansion, the Drake General Store finally seems to be slowing its roll.

The Drake Hotel's gift shop spin-off has now shuttered its location in Rosedale as well as the one near Yonge and Eglinton.

As a brand better known for opening stores than closing them, it's a noticeable step back. Up until this year, Drake General Store had amassed seven locations (now, five) in Toronto since it first opened in 2008.

With shops at The Bay, Vaughan, First Canadian Place, Bloor and Yonge, plus even more nationwide, the brand has become synonymous with 'Canadiana cool', bolstered by the opening of its spacious three-storey flagship on West Queen West in 2016.

Fast-forward a couple of years and the brand has now closed two of its original stores in addition to storefronts in Ottawa and Vancouver.

At first glance, it looks like the slow deflating of what could have been a Canada-wide household brand. 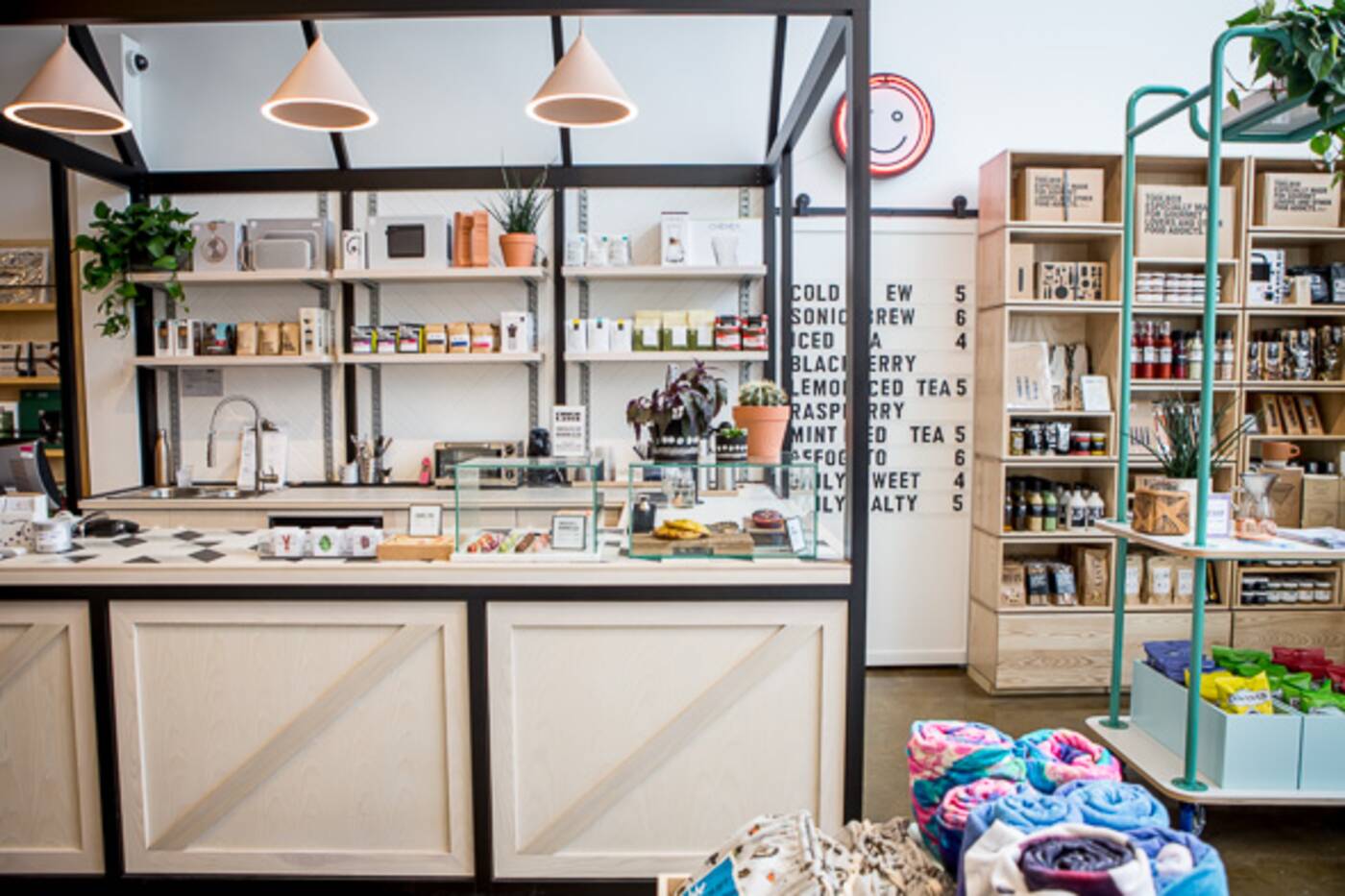 A closer look at the closures, however, shows that the Drake General's scale-back is less indicative of a failing business and more of a protective measure – one being adopted by other independent stores who'd rather stay small than pull a Sears-style boom and bust.

"Over the next few years you'll see more obvious expansions, but we're in no rush to be a massive retailer," says the director and co-founder of the Drake General Store Carlo Colacci.

Unbeknownst to many, Drake General has actually opened ten new unstaffed locations – all nestled inside Hudson's Bays across the city – since last September, with the same strategy being implemented in Ottawa and Vancouver.

Ridding itself of extra overhead and the costly leases of prime spots in Rosedale, the brand is now cashing in on its critical seven-year partnership with Canadian superbrand Hudson's Bay to conduct a more cost-effective, hands-free approach to expansion.

"It's a really easy and safe way to test something without building a new store," says Colacci.

Eliminating staffed stores and capitalizing on the Bay's nationwide appeal, Drake General's small team of ten can now focus on their e-commerce strategy: something they weren't able to do fully before.

"We recognize that's going to play a big part [in the business]."

Parsing up its stock of playful Canadian goods though three different channels – online, the Bay, and staffed-up destination stores like the one in Yorkdale – Drake General's plan seems more fool-proof than the department strategies of yore. 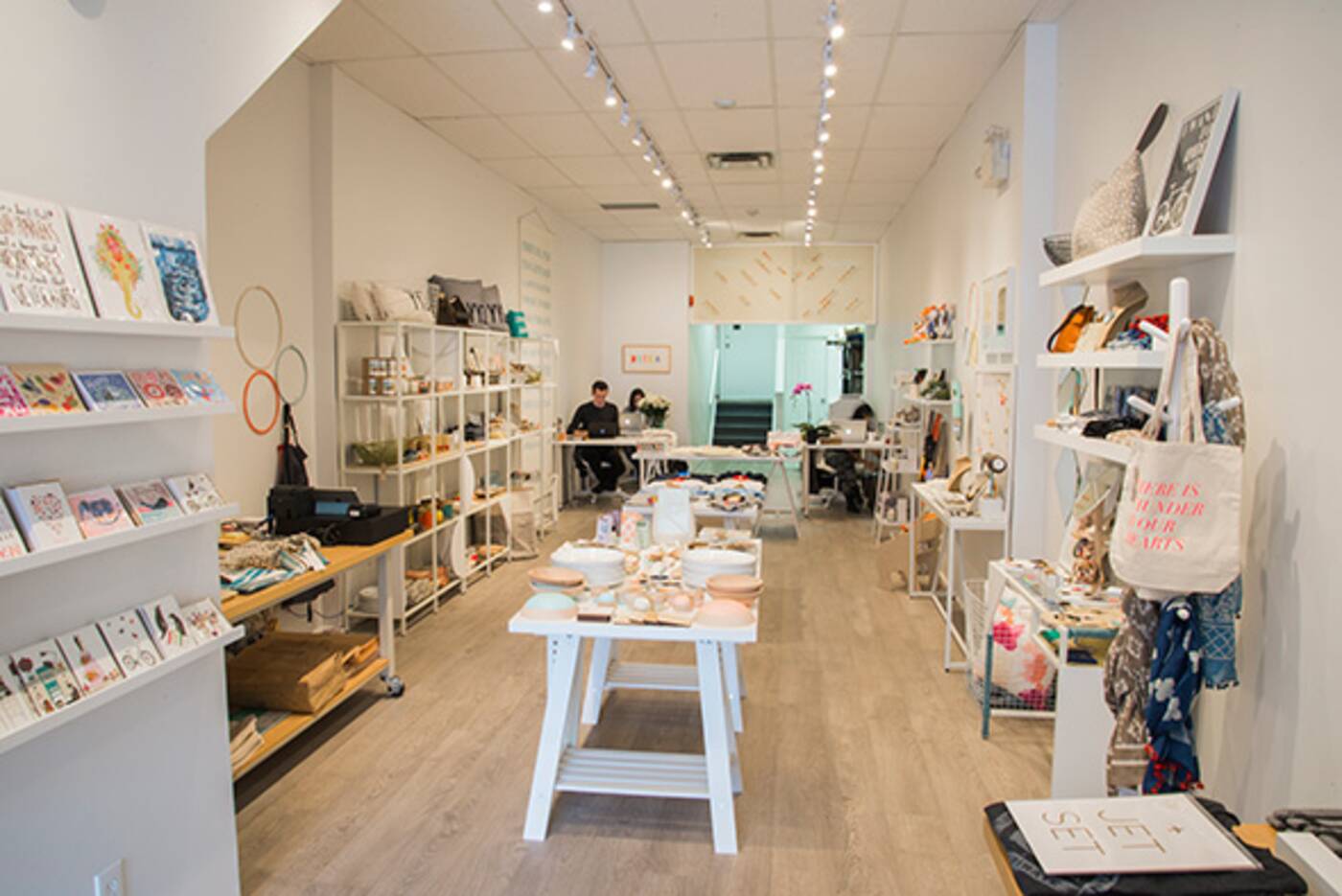 Brika now only has two locations after closing its third in The Path this January. Photo by Hector Vasqez.

Brika, the popular online-turned-storefront craft shop, is another example of an independent business opting to focus on adapting to different revenue streams rather than brick and mortar expansion.

As a brand that actually started as an e-business in 2013, Jen Koss and her business partner Kena Paranjape shifted to in-store sales just six months after starting Brika, most notably occupying spaces in Yorkdale and Hudson's Bay across from Drake General's pop up.

Once with three stores, Brika now only has two. Just this January Brika closed its third location in The Path at Richmond and Adelaide, a move which Jen says better positions Brika to strengthen its stores on Queen West and Riverside while doubling down on online sales.

"For us we want to make sure we provide a really beautiful in-store experience," says Koss, hence the need to close down the weak links to "get one store super amazing."

"Why go crazy and expand when you’re competing for people’s mindshare and eyeballs," she says.

Now that the majority of their sales are in-store, Koss wants to shift the business' focus back to online sales by streamlining the website. 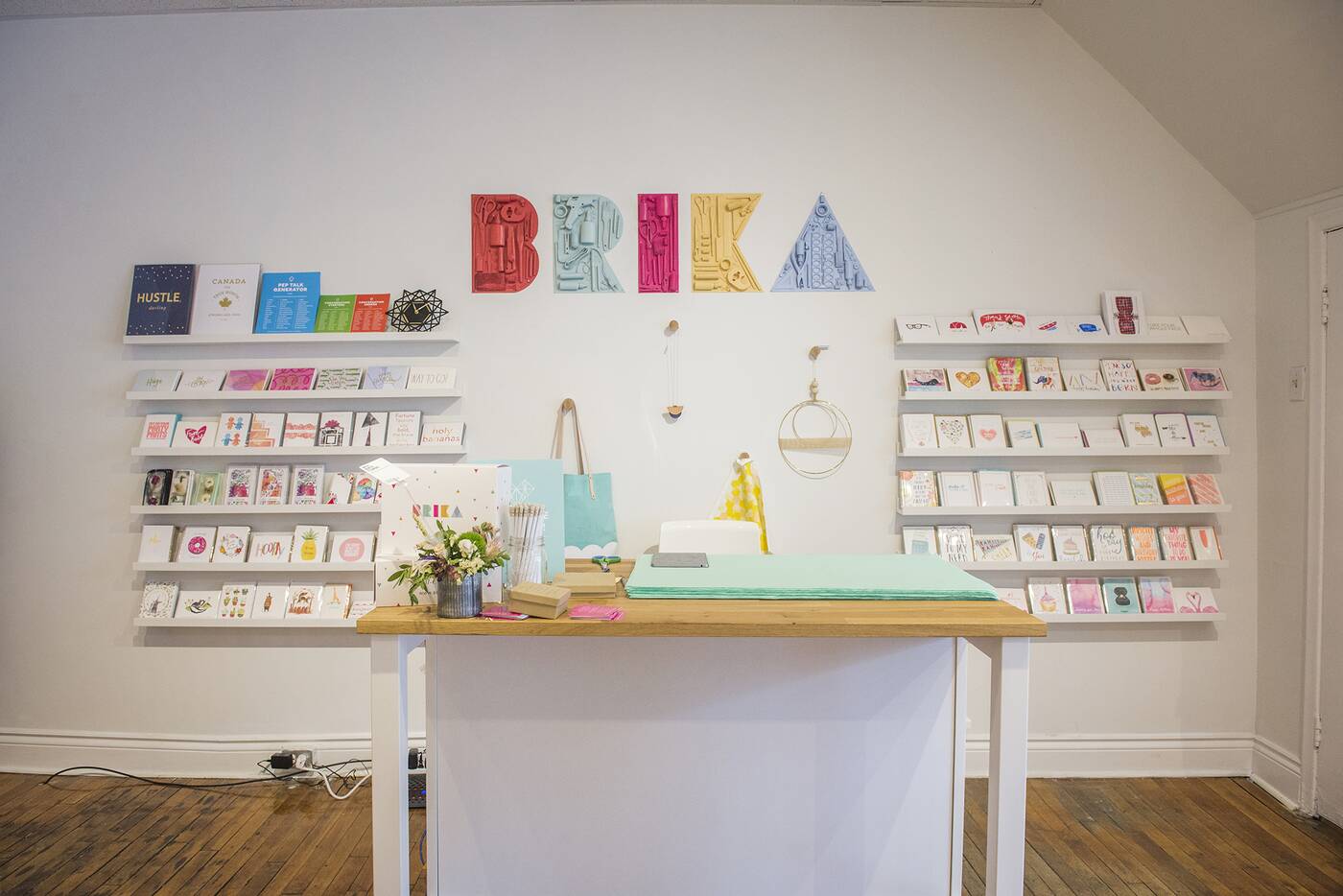 "We’re trying to make that easier for people as they shop right now," she says. "It’s pretty difficult."

In a new era of Canadian stores, online expansion might be the best kind of growth, where a good website and online cart holds far more value than brick and mortars which only just manage to break even.

It seems laying claim to real estate anywhere you can might not always be a good idea: for local independent businesses – especially those which feature distinctly Canadian one-of-a-kind items  – it's less of a numbers game and more about putting their eggs in different baskets.

by Tanya Mok via blogTO
Posted by Arun Augustin at 7:19 AM