Car2go is officially pulling out of Toronto 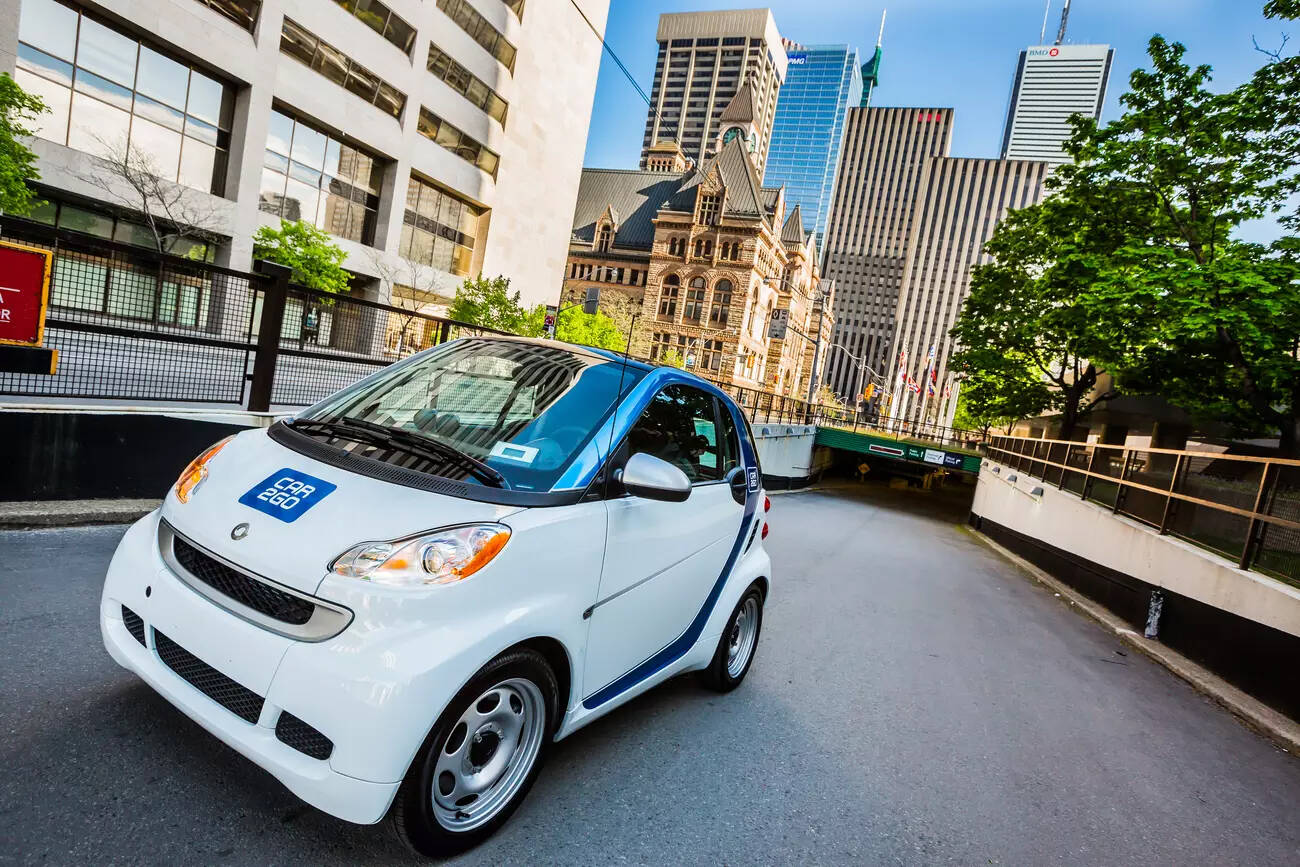 The world's largest car-sharing company just announced that it will be leaving Toronto for good at the end of this month — and then basically chucked the deuces at City Council on its way out.

Car2go, which launched here in 2012, wrote on Thursday morning that it was "being forced to suspend operations in Toronto as of May 31 due to the City of Toronto’s decision to pass a heavily amended pilot that makes our service inoperable."

For the some 80,000 Torontonians who use the service, the news is sad — but it's not entirely surprising.

In February, the German company announced that it would be "reexamining" its operations in Toronto after city councillors voted to delay a pilot project that would have let car-share members use residential parking spaces on city streets.

car2go is being forced to suspend operations in Toronto as of May 31 due to the City of Toronto’s decision to pass a heavily amended pilot that makes our service inoperable. Read more here: https://t.co/3AGcWyorDO

"Despite our best efforts over a nearly six-year collaboration with the City of Toronto to establish an effective regulatory framework for free-float carshare, City Councillors have passed a heavily restricted pilot that ultimately weakens mobility options for Torontonians," said Paul DeLong, CEO of Car2go North America.

"Other cities around the world – including Vancouver, Montreal and Calgary – have fully embraced our service because of the numerous economic and quality of life benefits free-float carsharing brings to their cities," he continued.

"It's obvious that Toronto City Council did not take the time to learn from other cities how to establish effective free-float carshare policy."

Congratulations to John Tory and his council allies for killing yet more good things in Toronto. Car2Go took care off our roads, reduced parking needs, and made Toronto a better place to live.

Car2go isn't the only party puzzled by City Council's decision, either.

It was the city's Department of Transportation Services, in fact, that recommended a free-floating car-share policy be adopted in the first place.

"The pilot eliminates all residential permit streets in Toronto currently waitlisted at 95 per cent and above," wrote Car2go. "This means that almost 10,000 parking spaces where Torontonians regularly start and end Car2go trips today will be forbidden once the pilot begins."

It appears as though, after years of fighting for the right to pay for on-street parking, this was the last straw for Car2go.

"Council's decision is going to have a very real, negative impact on the lives of thousands of its citizens who rely on our service," said DeLong in today's press release.

"The pilot passed by City Council is so restrictive, costly and unwieldy it seems purpose-built to make free-float carshare for Torontonians impossible."

by Lauren O'Neil via blogTO
Posted by Arun Augustin at 7:56 AM