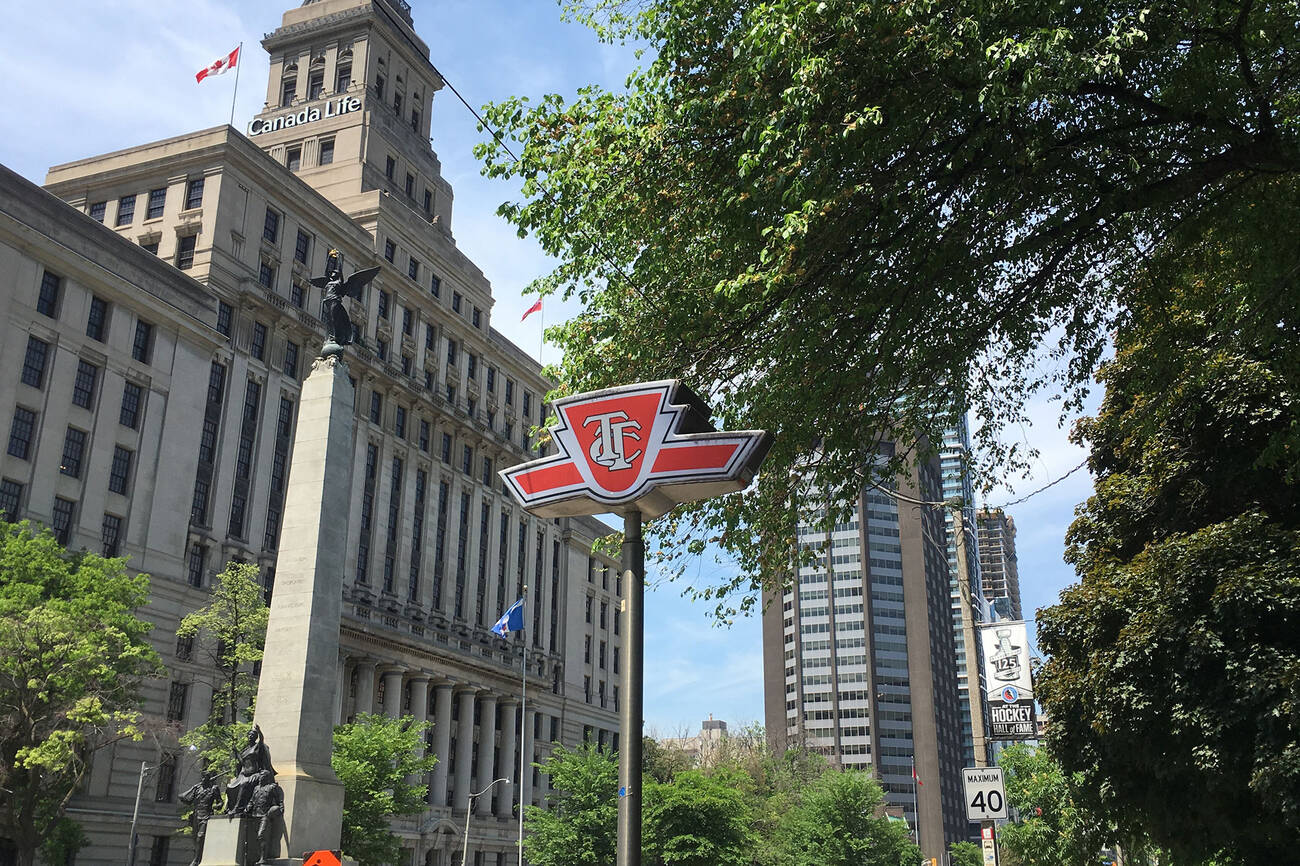 The outside of Toronto's subway stations are getting a new look... in the form of a much older look.

Ian Dickson, the Toronto Transit Commission's manager of design and wayfinding, announced on Twitter this week that we could expect to see "more retro-style TTC Keystone pylons" installed across the subway system this summer.

To illustrate what he meant, Dickson shared two side-by-side photos of Museum Station on the east side of University Avenue, just south of Bloor, both featuring a pylon design that dates back to the 1920s.

The first photo, taken in the 1960s, shows the street-level subway entrance signs in black and white against the backdrop of what was then called the Park Plaza Hotel.

The second photo, taken in 2018, shows similar signs, but with a more modern TTC logo atop each pole.

Signs like this were also recently erected at Eglinton and Bloor-Yonge stations, according to Dickson, but one retro-style subway sign had already been kicking around downtown for more than a decade.

The four entrances to Osgoode Station at Queen & University each have a different style of TTC sign, ostensibly from four different epochs

The TTC actually started testing the public's reaction to these simplified subway entrance signs back in 2008 by installing one outside Osgoode Station, which boasts a wide variety of sign designs, as this photo gallery by transit enthusiast Ryan Flores shows.

At the time, the transit agency said that the old design would become a new standard for subway stations in Toronto, if reactions were positive.

Ten years later, that's exactly what's happening (though it should be noted that "side mount" retro pylon signs have already been rolled out in some areas.)

The first of our new side mount pylon signs just got installed at #Ossington stn pic.twitter.com/8gAEVYCbym

Signs that have gone missing from Dundas West, Old Mill, Jane, Spadina, Bayview and other stations will all be replaced by the revamped 1920's-style sign, he said, either this year or next.

by Lauren O'Neil via blogTO
Posted by Arun Augustin at 10:53 AM