Video surfaces of fireworks fight in a Toronto park 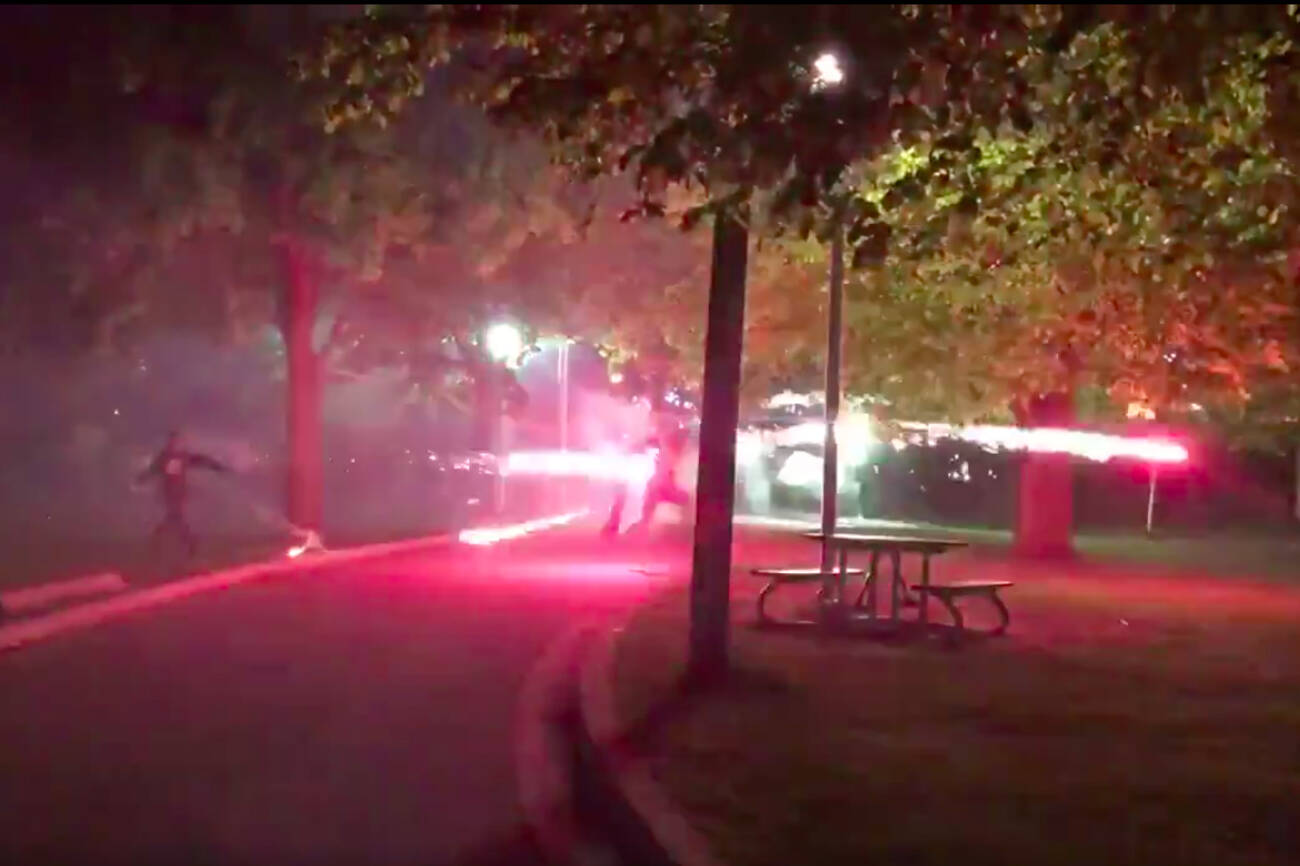 At least one teen was seriously injured this week while participating in what's being described as a "fireworks fight" at Christie Pits Park.

Essentially, a bunch of people decided to shoot roman candles at each other while running around in the dark on Victoria Day — one of several Canadian holidays that revolve exclusively around alcohol and fireworks.

A Toronto woman who was in the area (but not fighting with fireworks) was concerned by what she saw and started filming the encounter.

"Fire works turned into shooting works with teenagers going crazy on Victoria Day," she wrote on Twitter when publishing the video around 11 p.m. on Monday night. "One injured in the eye!"

Nadia Jaber, the woman who posted the video, told CBC that she had gone to the park with her husband and daughter for what she thought was a regular fireworks show.

Instead, she saw "kids running around everywhere, rounds of shooting at each other."

"At a certain point it became really, really intense," she said, noting that nobody was there to supervise the teens — not parents, the city, nor anyone from the community.

Jaber called the police herself after one boy was struck in the eye by fireworks. Paramedics took him to hospital with a "serious injury" around 9:30 p.m. that night, but no arrests were made in connection with the fireworks fight.

This also went on for about 4 hours last night at the school across from us at Yonge and Finch. There were at least 15 youth firing fire crackers and roman candles at each other both in the school area and on the street.

Apparently, fireworks fights like this one are not all that uncommon.

"Dumb teenagers (and not so teenagers) have been doing this forever," wrote one person in response to Jaber's tweet on Reddit. "I recall this exact activity occurring when I was a teen in the 90's. Idiots gonna idiot."

"The cops should be there early and stop this before it happens," wrote someone else. "It's been going on for years and frankly is getting worse. (shakes fist at sky)"

Toronto Police Const. David Hopkinson told The Sun that, while police "did respond to a call to a large group of people in Christie Pits shooting fireworks at each other," the incident is not actively being investigated.

"Of course, the Toronto Police would want to discourage anyone from firing fireworks at each other," he said, "because it can cause serious injury."

by Lauren O'Neil via blogTO
Posted by Arun Augustin at 7:44 AM