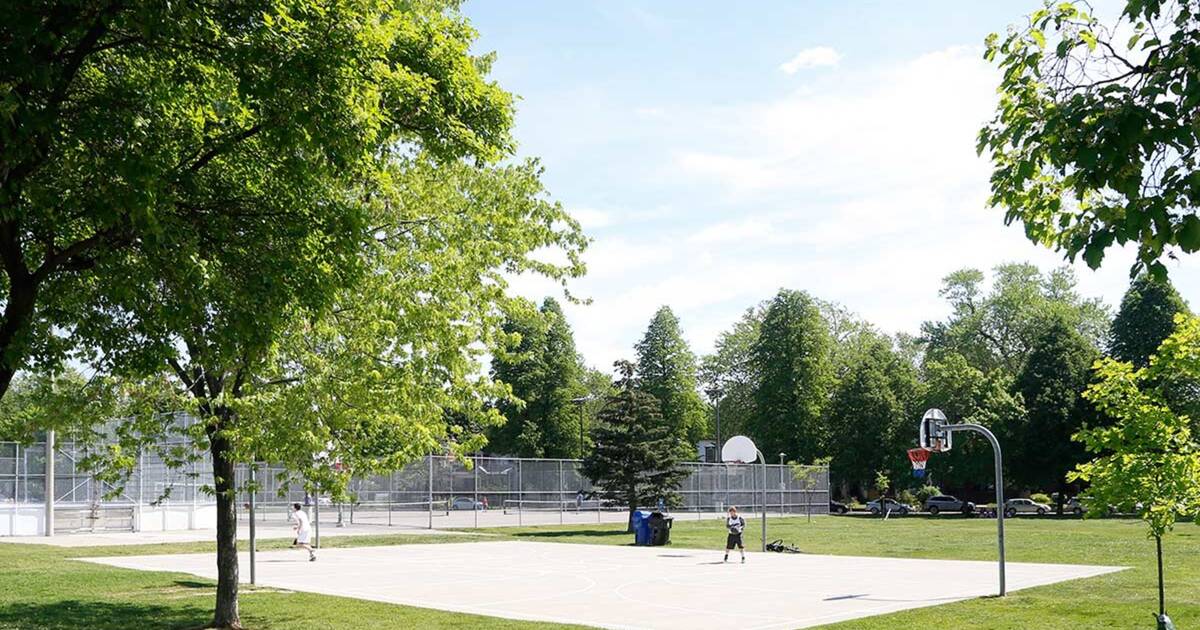 With this week's news that construction of the Ontario Line will be going forward in Toronto, there's been a fair amount of discussion about what it means for transit throughout the city.

But there hasn't been much attention given to some of the residents who are likely to be impacted by this decision more than anyone else: Leslieville residents.

Members of the neighbourhood have been expressing their concerns over the construction of the Ontario Line for months now, as the above-ground portion of the subway line would run right through the area and mean the demolishment of some of the best parts of the community.

Among the community's main concerns is the potential destruction of Jimmie Simpson Park.

"It's just going to have an enormous impact on our community," said Shelley Kline, who runs the Community Advisory Committee for the area and lives across the street from the park.

"Leslieville is built around Jimmie Simpson. It really is the heart of our community."

The Ontario Line going ahead means Leslieville will have two major transit construction projects going right through the neighbourhood ⁠— the Ontario Line and the Regional Express Rail (RER)  ⁠— and three more tracks are going to be added to the current three in order to allow for all the trains to pass through.

The problem is there just isn't room for the extra tracks, and building them will mean demolishing the park and more.

Back room deals are no way to build a multi billion dollar transit line. Ontario Line does NOT work in Leslieville where there is no room on the corridor to put OL tracks. You will have to bulldoze a path through this historic neighbourhood. 😡

"You're going to end up plowing down a great chunk of historical Leslieville to build those tracks," Kline said.

The destruction of Jimmie Simpson means the loss of the only park in the neighbourhood, which could include green space, the community centre, the pool, the basketball court, the hockey arena, the baseball diamond, the playground and more.

Beyond the park, Kline says residents have many other concerns including environmental issues, noise pollution, frequency of trains, construction impacts, as well as how businesses will be affected.

The community has already undergone the largest GO transit service increase, and Kline says a train comes through every three to five minutes.

She says the construction will mainly be done between midnight and 6 a.m., so she's legitimately wondering how and where she's going to sleep.

Kline also says she and her neighbours are extremely pro-transit, and that her and everyone she knows in the area were supportive of the underground relief line.

"I don’t know a neighbour who wasn’t supportive of the city’s underground relief line," she said.

That's what Kline says she plans to tell Mayor Tory at the Executive Committee meeting at city hall on October 23.

She says she's going to tell Tory the line needs to go underground or they’re going to kill the neighbourhood.

"We hope that the city will hear us," she said.

"It's very frustrating as a homeowner and someone who loves Leslieville. It was a dream to buy a house across from the park, and it's breaking my heart."