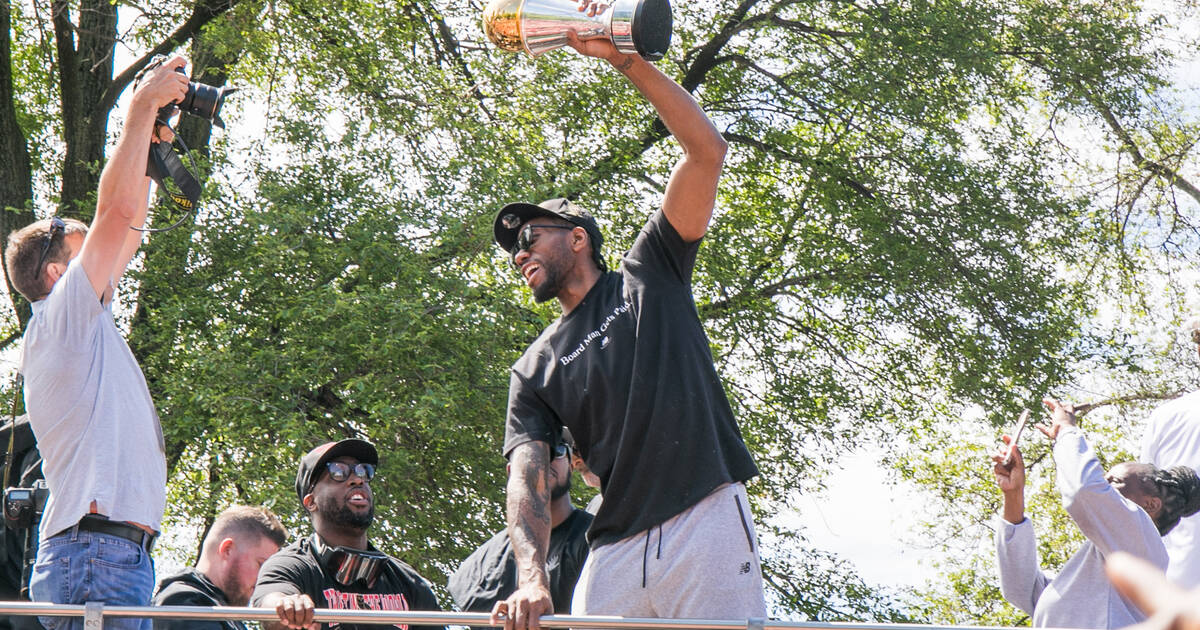 If you've been longing to get a glance at the Larry O'Brien NBA championship trophy ever since the Raptors' historic win in June, you'll be glad to know you'll soon get the chance.

The Milk Up Trophy Tour is currently making its way through eight Ontario communities, in partnership with Dairy Farmers of Ontario (DFO), "to unite and inspire fans of all ages across Ontario."

The tour, which began October 2, gives fans of all ages the chance to get up-close and take photos with the iconic Larry O’Brien trophy in celebration of the NBA championship title.

"[We launched] the MilkUP youth-focused sports program with the purpose of helping youth across Ontario build a strong foundation with the right nutritional start," said Sean Bredt, Chief Marketing and Business Development Officer for Dairy Farmers of Ontario.

"We wanted to inspire the youth, and dedicated fans alike, across our province and celebrate the historic playoff victory run from the Toronto Raptors,"

At each trophy tour stop, fans can enter to win a pair of tickets to the Raptors home opener at Scotiabank Arena on October 22, where they'll celebrate their Championship with a banner raising and ring ceremony.

Three final tour stops are in store before the home opener game, and thankfully one of them is in Toronto.

Next 3 stops on the Milk Up Trophy Tour.

The trophy will be heading to London next, giving fans a chance to appreciate the trophy from 10 a.m. to 5 p.m. on October 19 at the Covent Garden Market.

The following day, the trophy will be brought to Kitchener, where basketball enthusiasts will have a chance to see the trophy at THEMUSEUM.

Then, for its final stop on the tour, the trophy will make its way back to Toronto (where it belongs) for an afternoon of celebration at Nathan Phillips Square.

Fans can head to the downtown location anytime between 4 p.m. and 8 p.m. to catch a glimpse of the glorious trophy one last time.

by Mira Miller via blogTO
Posted by Arun Augustin at 9:10 AM