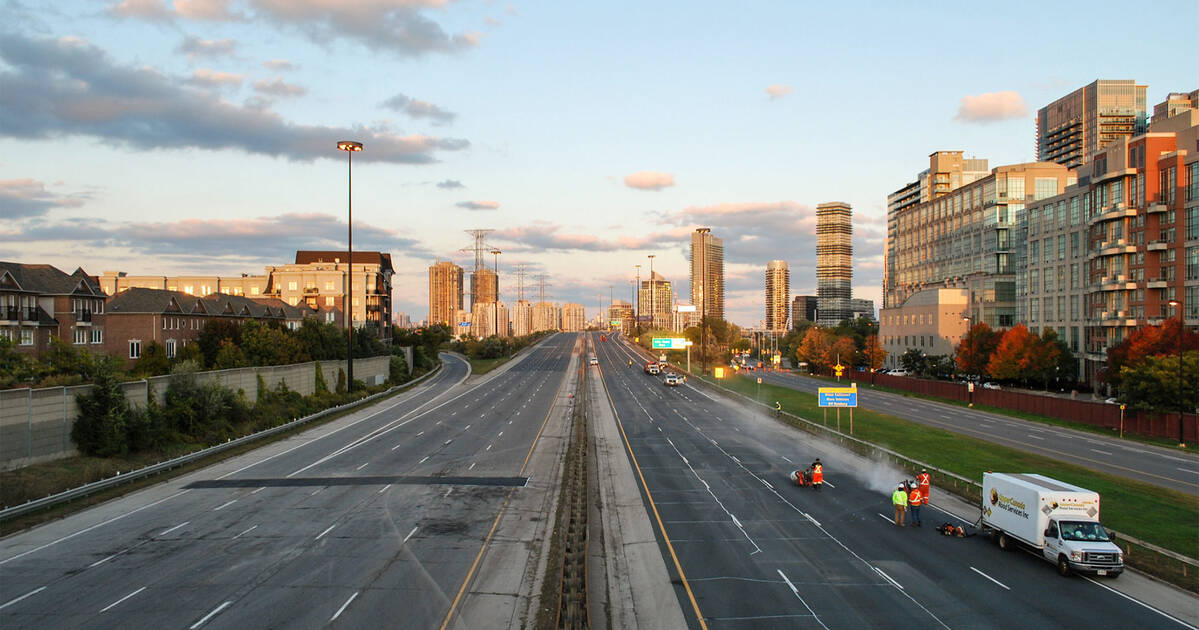 Toronto drivers can gear up for traffic to get even worse on the Gardiner Expressway for the foreseeable future as road renovations get underway, starting between Jarvis and Cherry Streets.

#TrafficAlertTO – Major construction to renew the Gardiner between Jarvis & Cherry St will affect your drive.Plan ahead - watch this video to learn more about this important work to keep the Gardiner safe now & in the future. https://t.co/jKkvOx9jf0

This portion of the expressway is the first being tackled in the city's larger Gardiner rehabilitation plan — and it is also the part that many Torontonians think should be demolished.

The plan, which will see billions of dollars spent on overhauling the infamously dilapidated structure, includes the repair of the 60-year-old concrete decks and steel girders.

Rain under the Gardiner.

This is your periodic reminder that the Gardiner Expressway is a crumbling, leaky anachronism, and a shrine to backward thinking.

In this phase of the project — the first of seven — the westbound Sherbourne off-ramp and the eastbound Jarvis on-ramp will be completely replaced, while the westbound off-ramp to the city's busiest areas of Yonge, Bay, and York Streets will be "extensively repaired."

Why can't we do both a #GardinerEast teardown + $ for transit? "The amount we're spending on rebuilding a small part of the Gardiner Expressway pales in comparison to what we're investing in public transit to get people out of their cars entirely," https://t.co/ELCl1LoFzc

During construction, the Gardiner will be reduced to two lanes in each direction, and the above ramps will be completely closed, one at a time. Portions of Lakeshore Boulevard below will also be closed during non-rush hour times, and work will take place around the clock.

The City advises drivers to "expect delays and consider public transit" for the duration of the repairs — which are due to continue into 2027. But we all know that our commutes are essentially doomed either way.

by Becky Robertson via blogTO
Posted by Arun Augustin at 9:55 AM