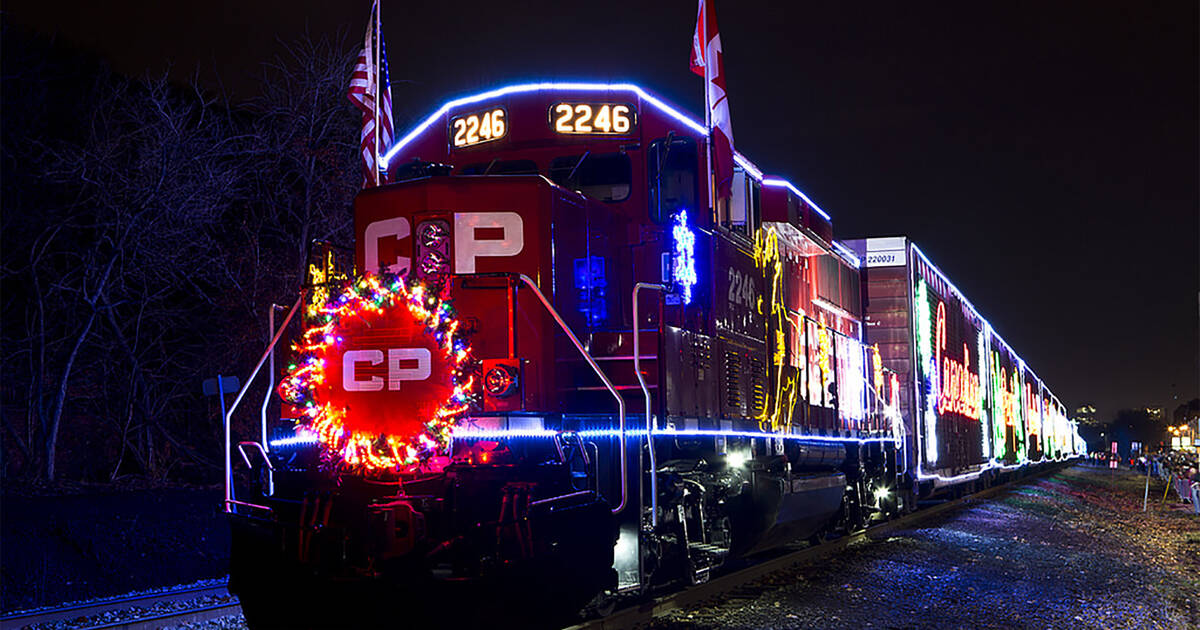 Holiday cheer on wheels arrives as events in Toronto today will see the CP Holiday Train make a pit stop in the city. The late Leonard Cohen is remembered with a big sing-along and a horror, indie and alternative film festival kicks off.

CP Holiday Train (November 29 @ Lambton Yard)
The famous CP Holiday Train is rolling through the city this week and making a brief stop for onlookers to gaze at this colourful metal mammoth.
Leonard Cohen Sing-Along (November 29 @ Northern District Library)
Hallelujah indeed as people gather to sing the masterpiece by the late Leonard Cohen and catch a short film about the icon.
The Godfather: Part II (November 29 @ Fox Theatre)
Many an offer was made and now we're at the point where a young Michael is set to carry on the family business Don Corleone has left him.
Artist Proof Sale (November 29 @ Open Studio)
Art makes for the best gift and local artists are on hand selling original works of fine art for that special someone and yourself, of course.
Feastbound (November 29 @ Eastbound Brewing)
It's not too early for a Christmas dinner and Eastbound Brewing Company is hosting a big, communal-style feast with festive goodies.
You Are What You Act (November 29 @ Hot Docs Ted Rogers Cinema)
The term “Fake it until you make it” comes to life with Albert Nerenberg as she explores what mannerisms and attitudes are best for success.
Lapalux (November 29 @ Radio)
Amibent electro sounds that are made mellow and smooth are what makes English producer Lapalux's style so unique.
The Experiment (November 29 @ Comedy Bar)
A whole whack of local comedians are throwing down the laughs for the night at this improv show where anything is possible.
Tutti Frutti Apocalypse (November 29 @ Swan Dive)
Dance the winter blues away to some killer tunes that include rock, punk, pop, psych, surf and 80's dance tunes at this funky dance party.
Videodrunk Film Festival (November 29 - December 1 @ Silver Mill)
Horror, indie and underground films are all on at this annual festival dedicated to the weird and strange and the best of alternative cinema.

by Lisa Power via blogTO
Posted by Arun Augustin at 5:23 AM