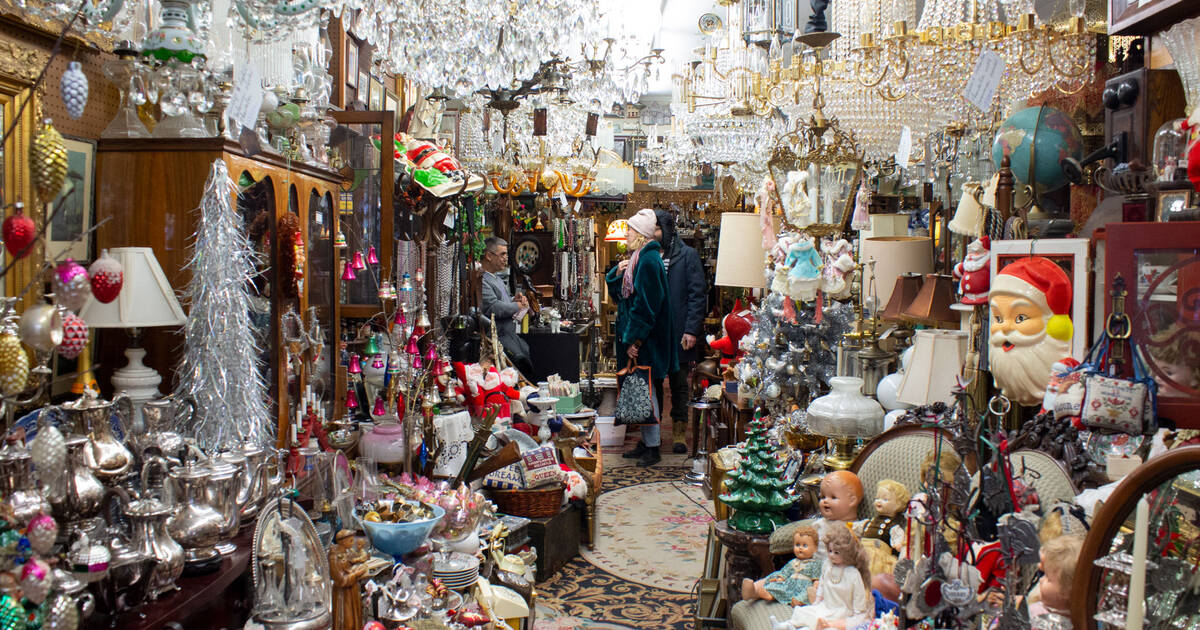 There's a small patch of Parkdale, just before Queen Street becomes the the Queensway, that was once considered the antique hub of Toronto.

The strip ran from around Triller Avenue west right up to Roncesvalles, and locals recall a time when nearly every store sitting on that corner of the street sold their own peculiar stock in a bustling trade centre of salvaged goods. 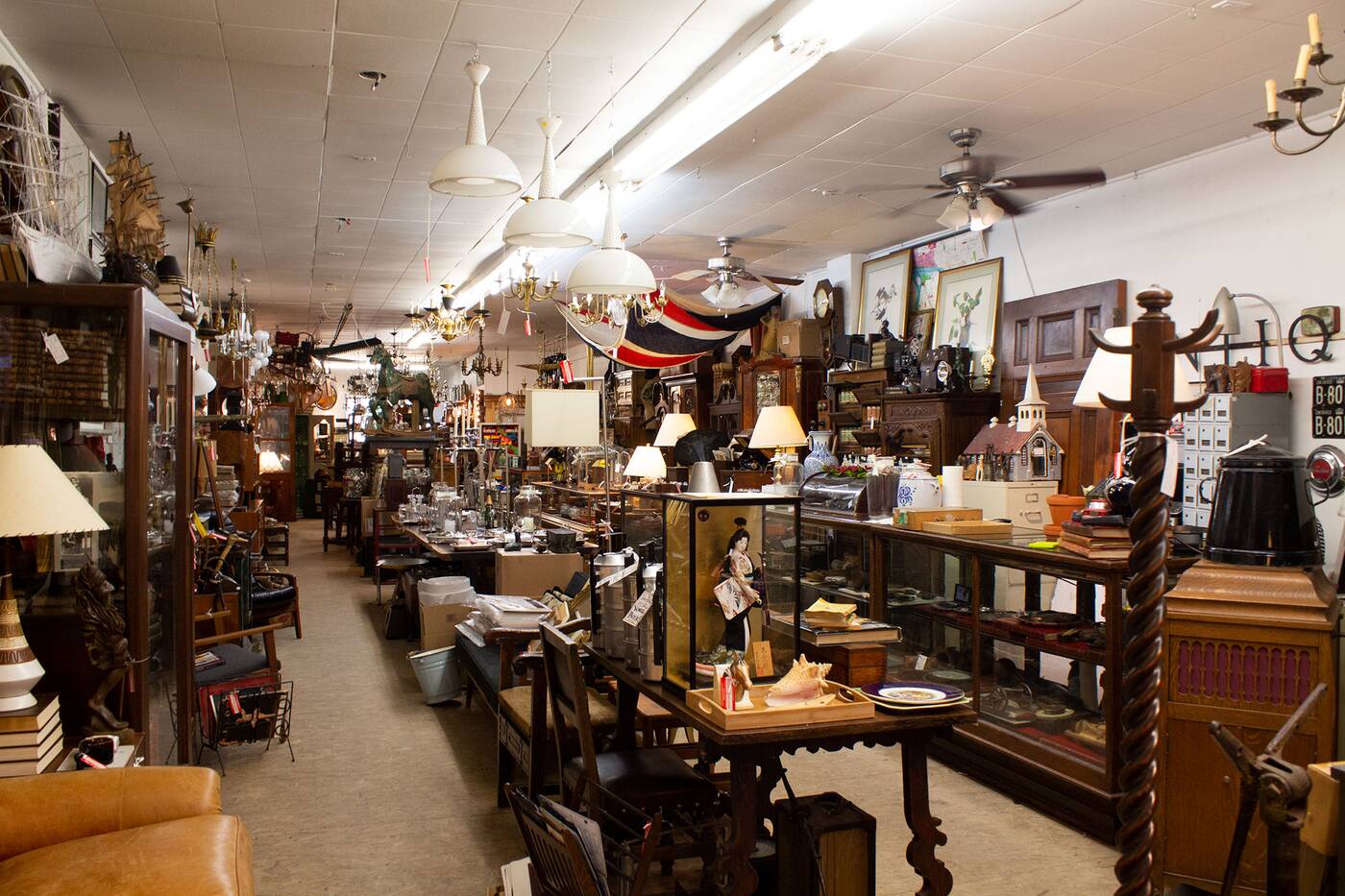 Toronto's western edge of Parkdale was once filled with antique shops. Today there's only a handful left.

But in 1995, that era came to an end with the extension of the 501 Queen streetcar route. Today, only a handful of those original businesses remain—and many, not for long.

Sam (of Sam The Chandelier Man) tells me that his rent just went up $1000 this weekend, meaning he'll soon be closing his disaster zone of a store after 40 years of selling and repairing chandeliers. 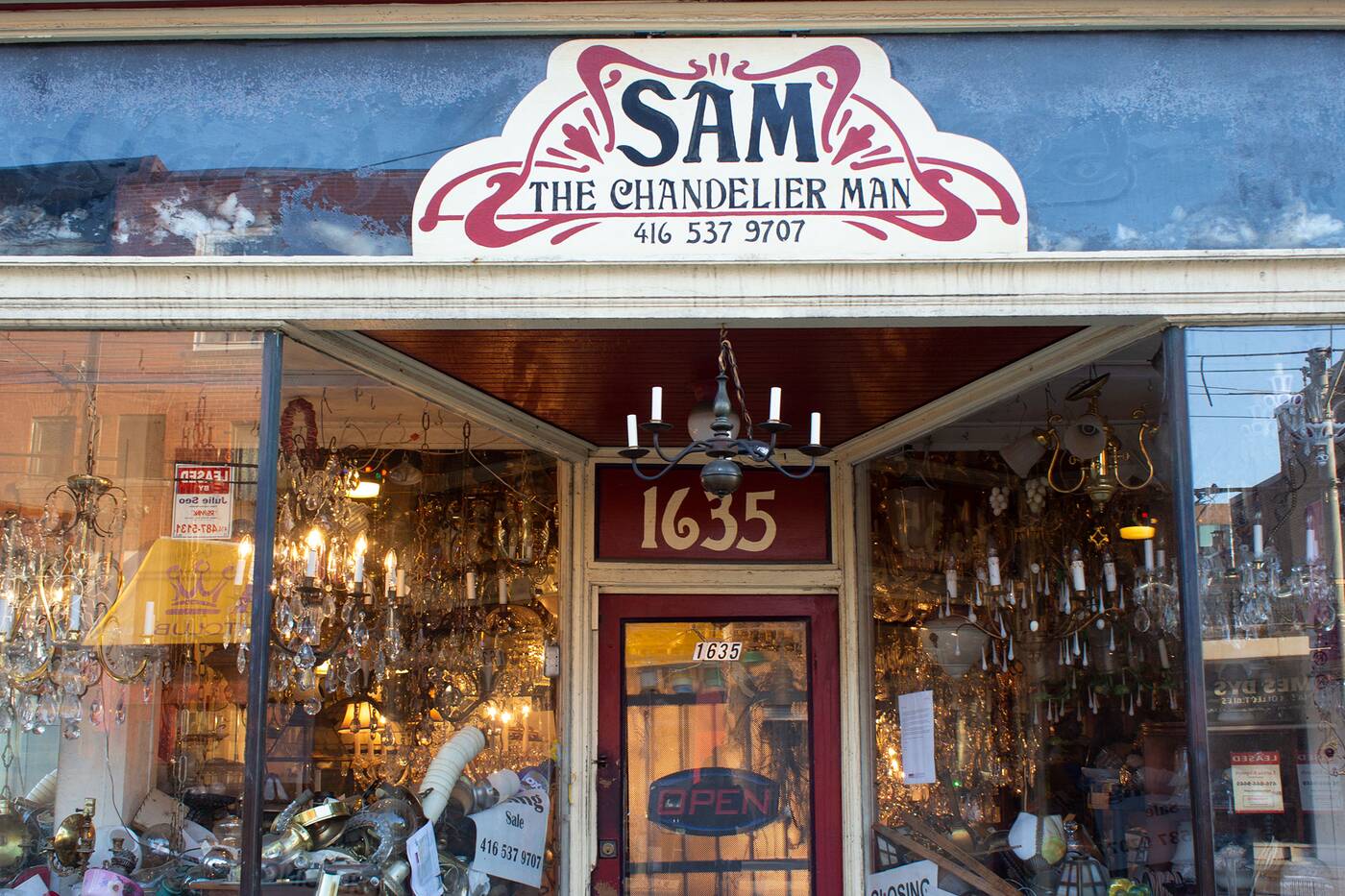 "Antiques are going down," he says as he scrummages through the tiny claustrophobic space hoarding Tim Horton's cups, rusty screws, and some of the most glamourous chandeliers I've ever seen.

"You know what it is, it's capitalism," he says, following a long rant about ripped jeans and tattoos. "This is a confused generation."

Not unlike the damage done to the businesses in Corso Italia back when the 512 route was being built, or the woes of Little Jamaica with the current construction of the LRT, the gruelling six months of the 501 construction caused irreversible damage to this unique neighbourhood.

Some of the oldest sellers never recovered from that drop in foot traffic, today only scraping by on the basis that there aren't many other businesses, maybe even none, that still do what they do. 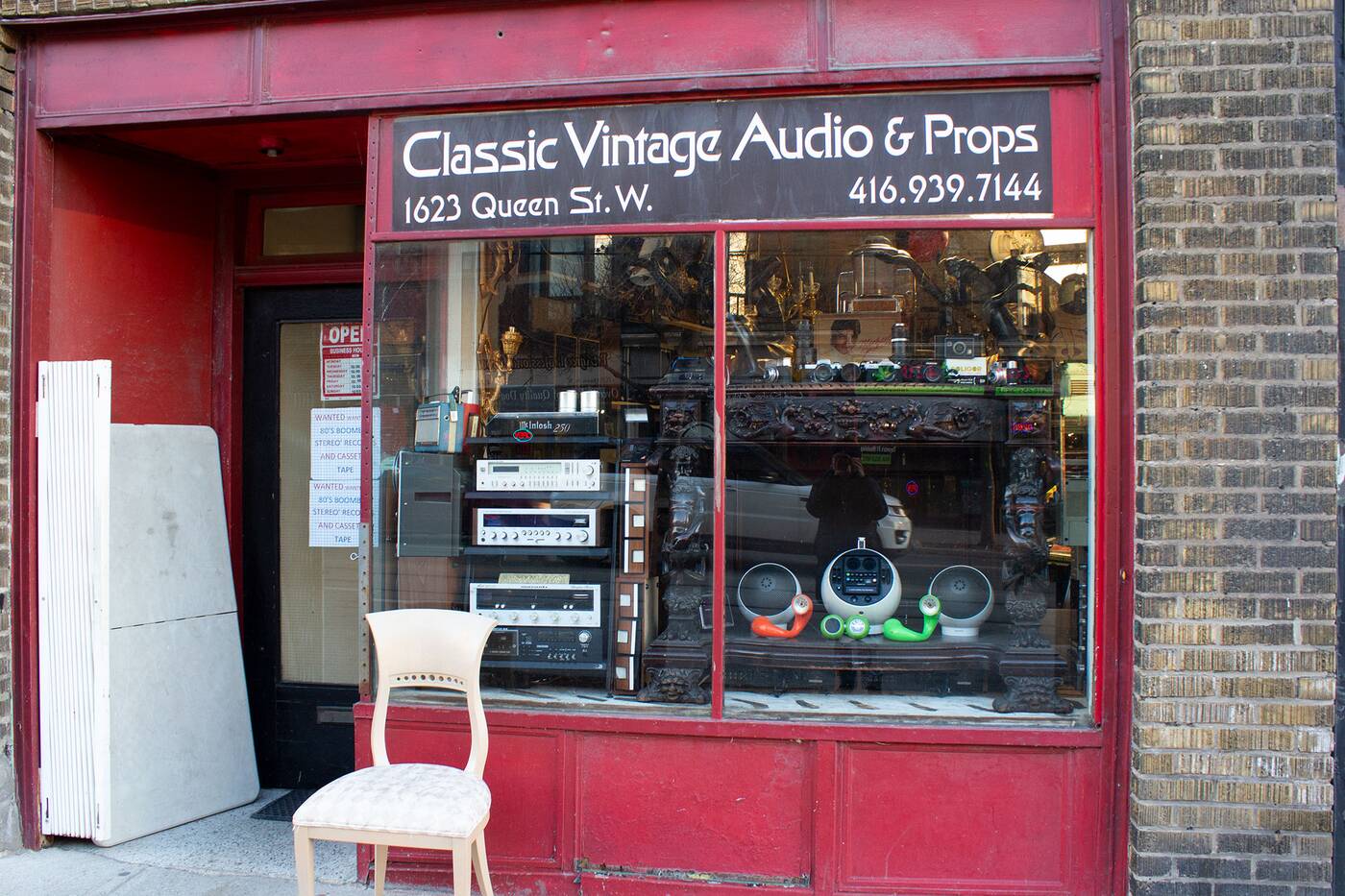 Next door to Sam's, Classic Vintage Audio & Props offers cheap repairs on tuners and amps while selling retro sound systems to audio aficionados. Today it's still one of the top stores to buy a turntable in Toronto.

Less obvious is whether James Dy's Antiques & Collectibles is still running. It's unclear whether the store, which supposedly carries a selection of French, gilded furniture, is even open at all. 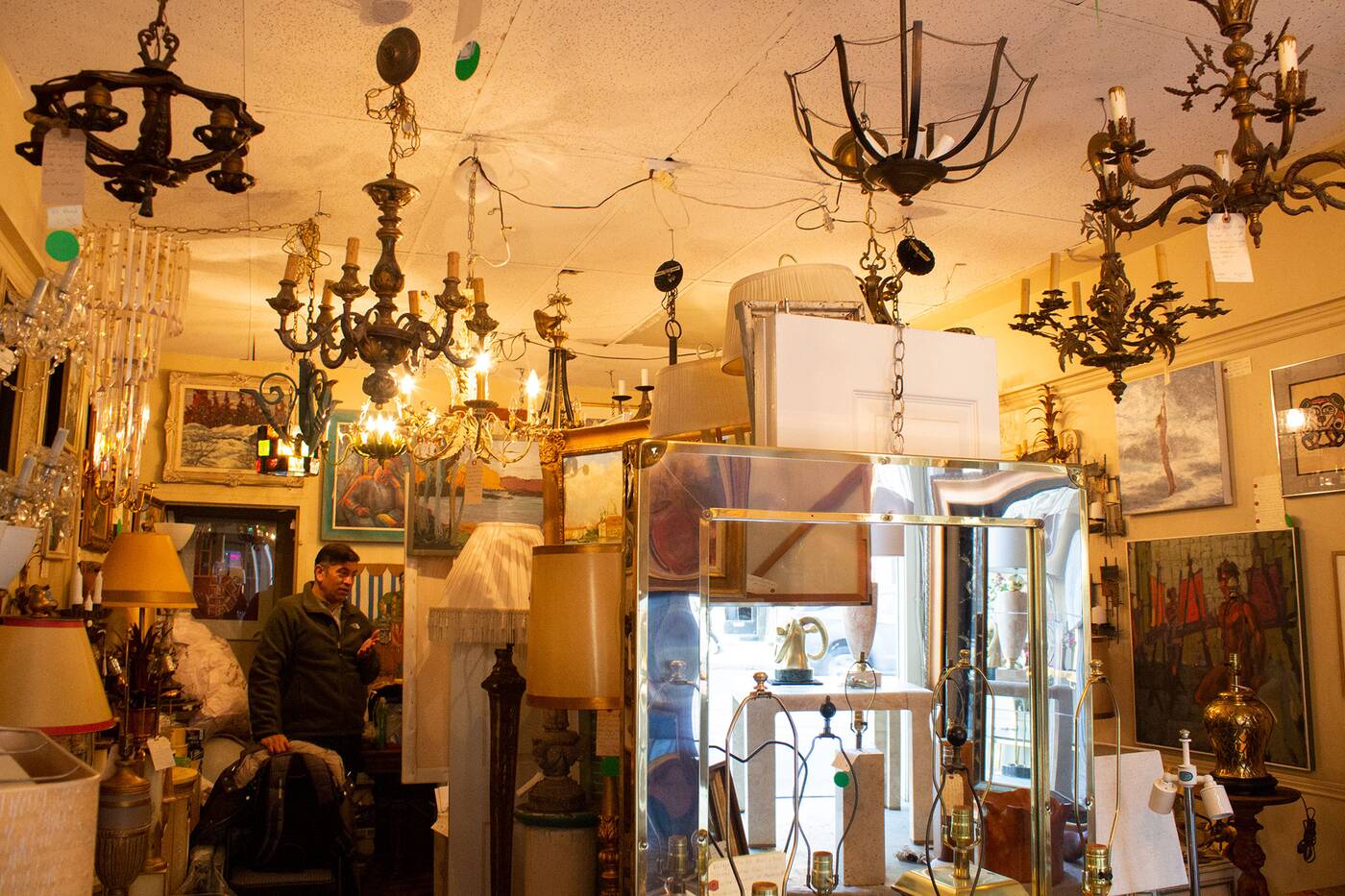 Move further east and you'll find some more street-facing stores, like the refined selection of lighting at Era Antiques.

It's less about the garish here and more about beautiful brass and golden finds for your home. Light fixtures range from Art Deco hanging pendants to rare mid-century table lamps, brought back to shine with a little TLC.

Those who love the quaint and kitsch will swoon over the cramped space of Old Trunk Antiques. 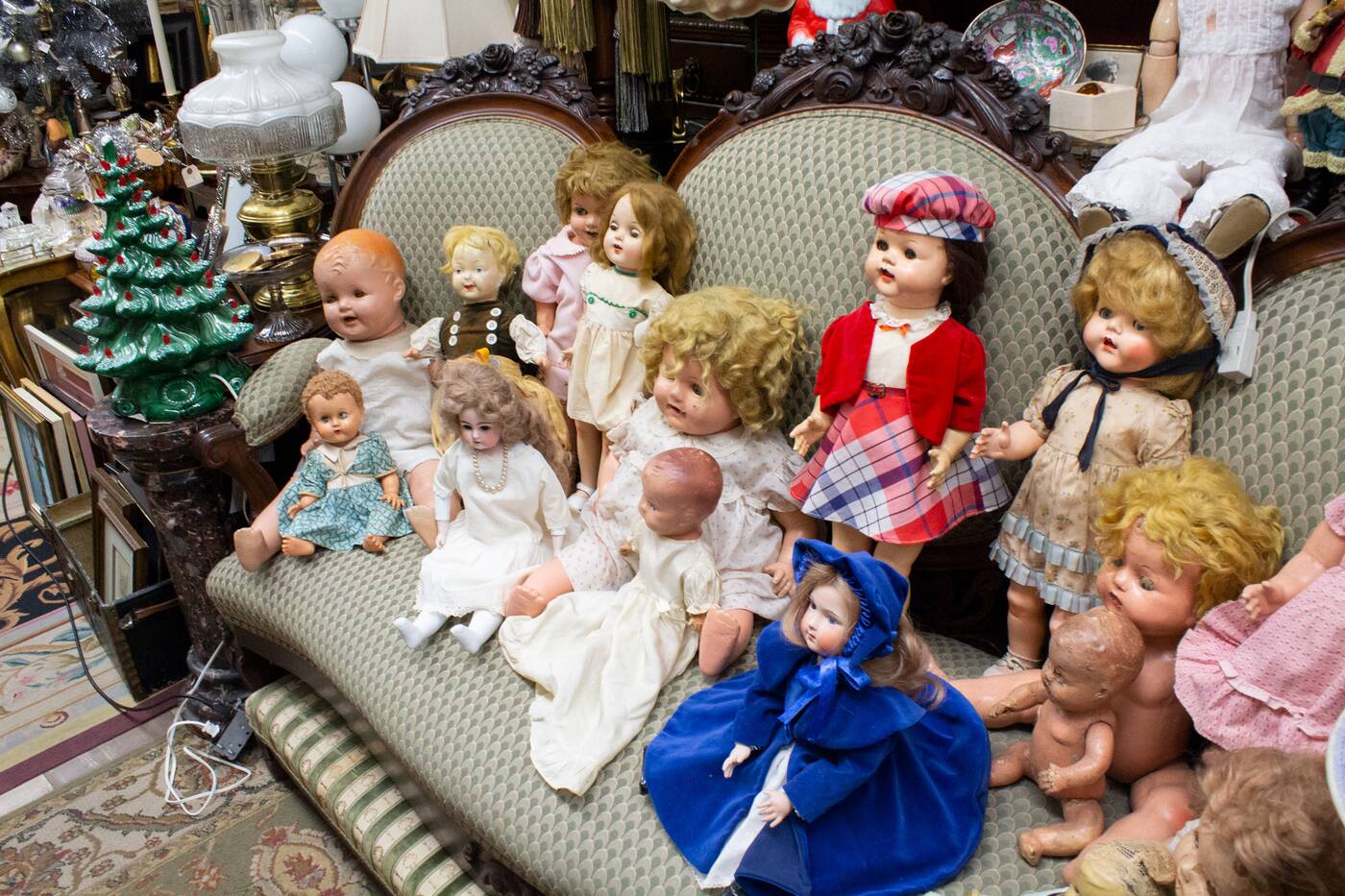 The type of store where crystals and Royal Doulton china shake under heavy footsteps, it's easy to feel like a bumbling elephant here. Tread lightly, or risk toppling over their collections of porcelain and antique toys. 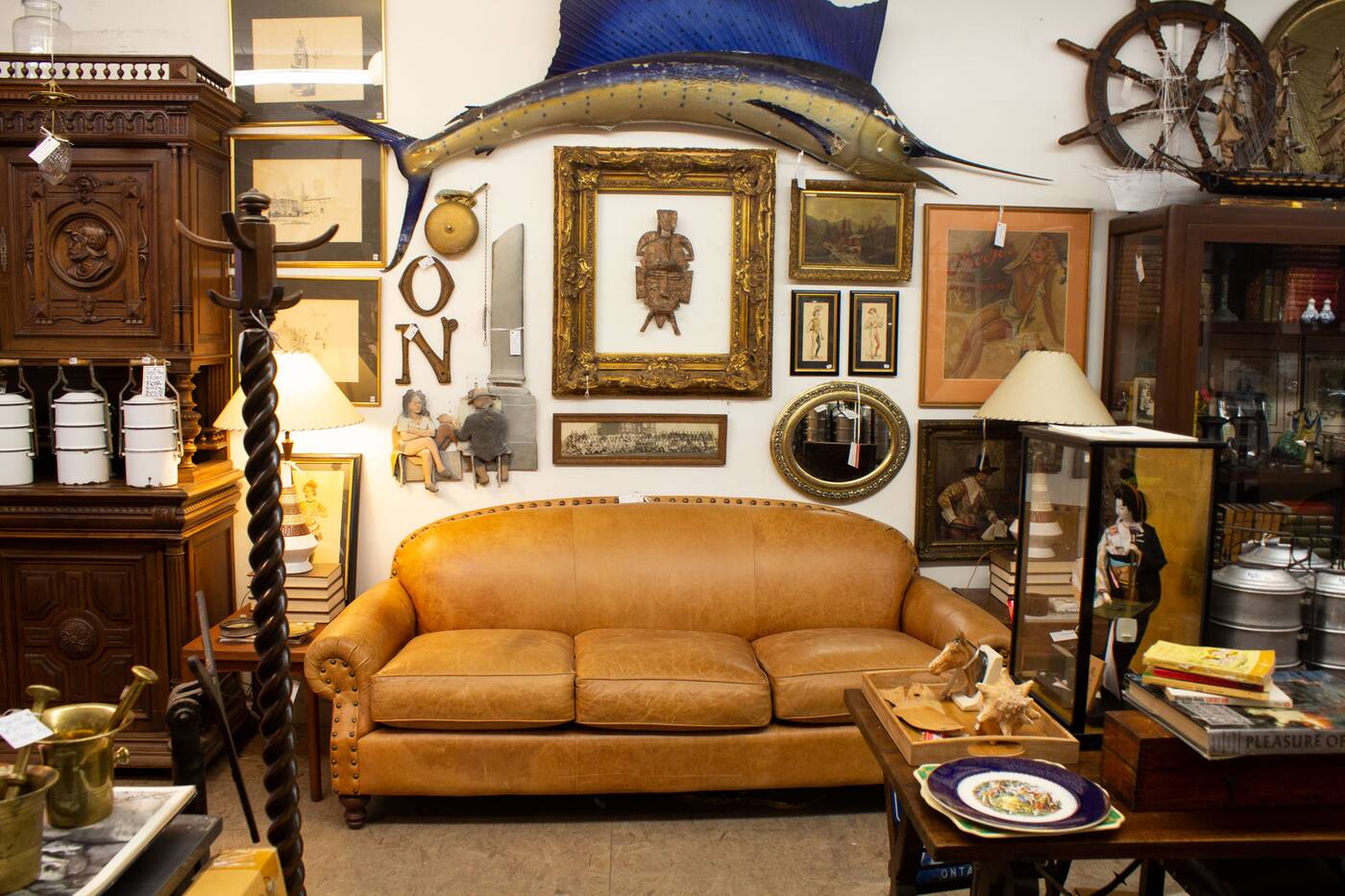 Though it now sits at 1702 Queen St. West,  1698 Queen Antiques is named for its original location next door.

This 8,000 square-foot store is filled to the brim with furniture like English tufted leather sofas and French armoires, with two rooms in the basement with their own share of rotary telephones, cigar boxes, and a an telephone operators station.

Passion For The Past acts as the eastern bounds for the antique area, succumbing mostly to the arrival of newer thrift vintage clothing stores and tattoo shops which have popped up in recent years. 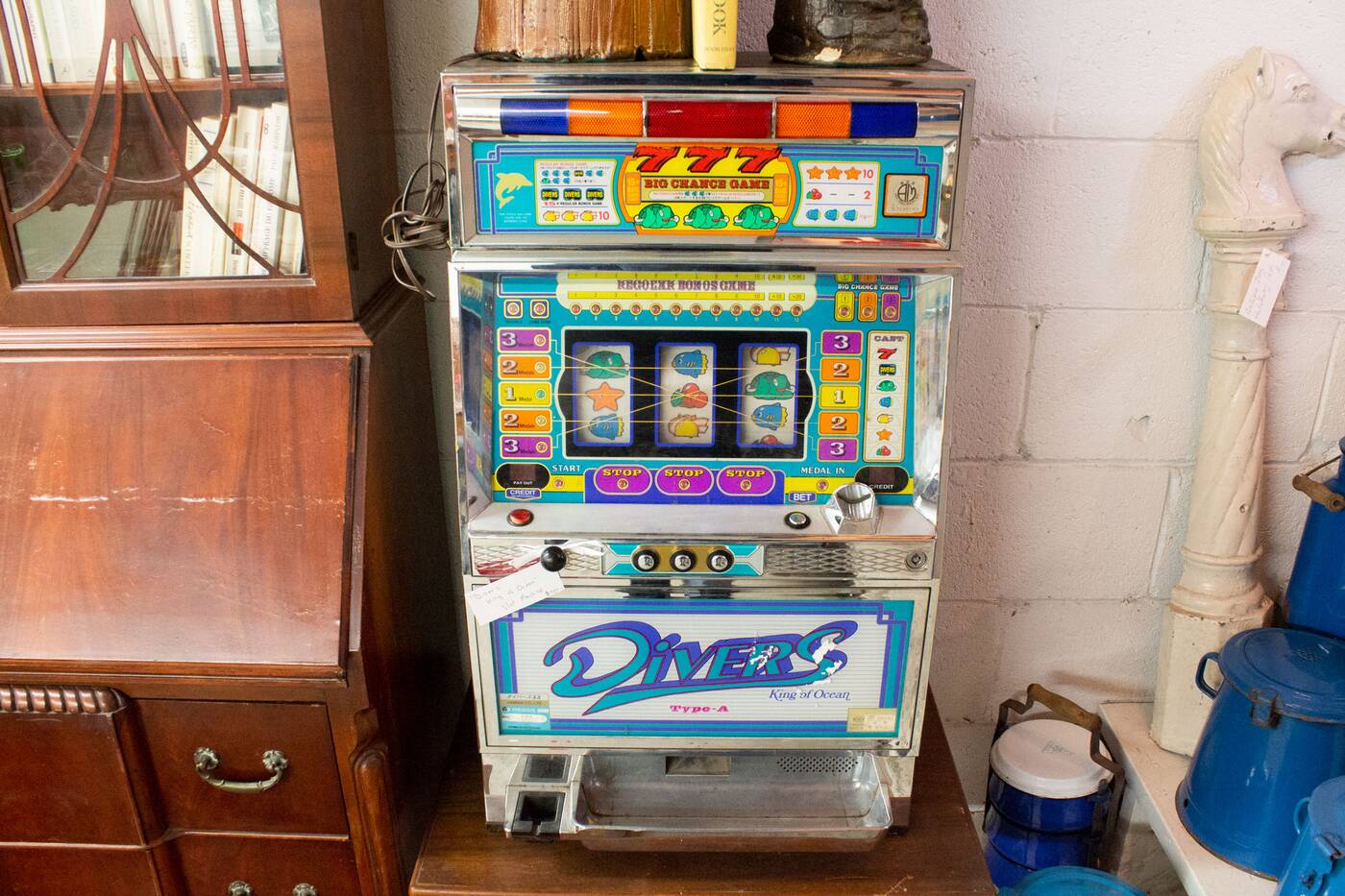 According to a sign on the door, the store's hours will be on-and-off. If you do happen to get lucky, you'll get to peruse their collection of antique jewellery and Chinese eggshell porcelain vases.

While there's definitely no shortage of antique stores off of Queen (like Addison's Inc., just north off Roncesvalles) there's a sense of urgency to support this this handful of stores dallying in nostalgia—especially in an era of revered newness—because once they're gone, they're gone forever. 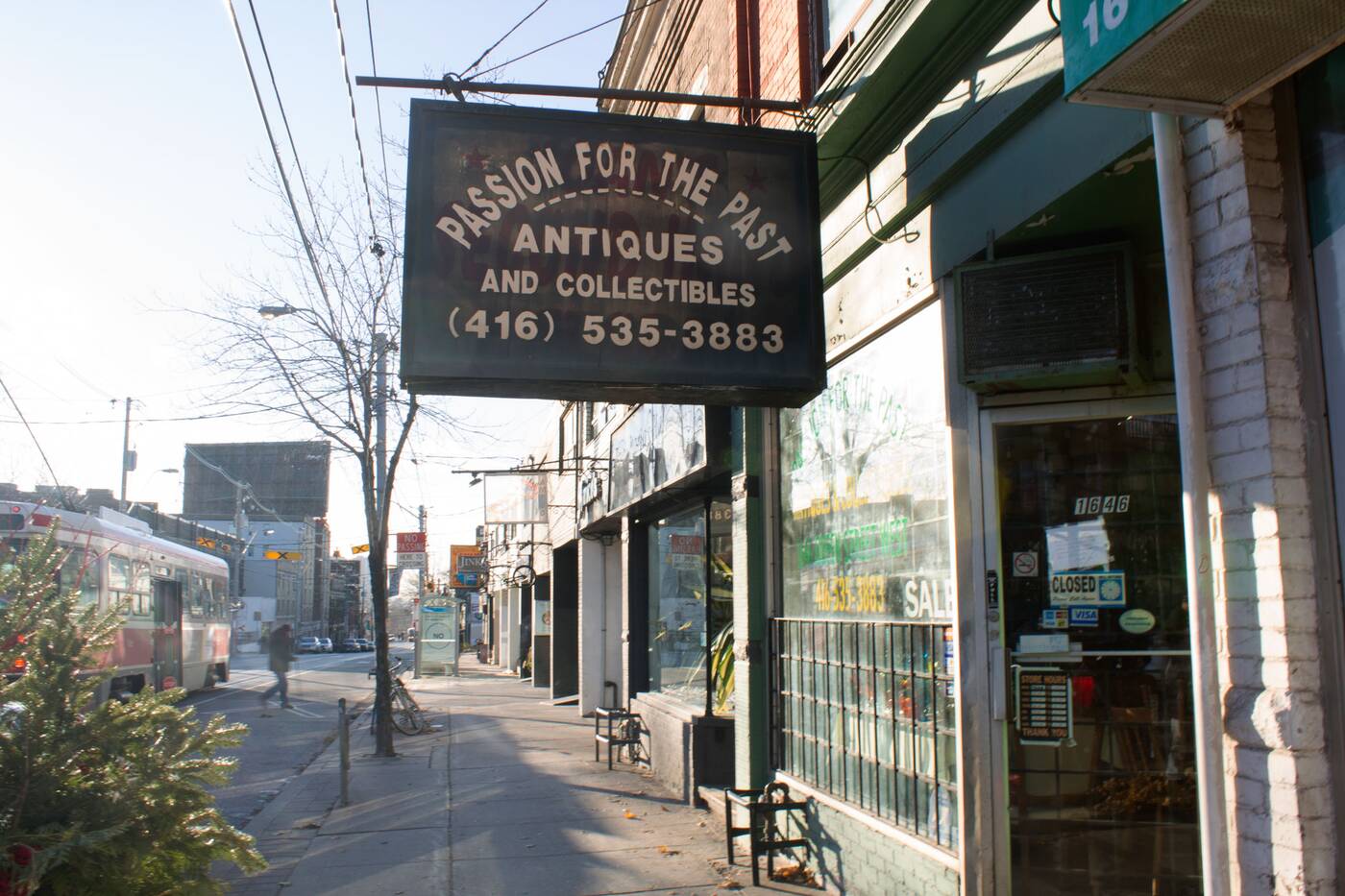 by Tanya Mok via blogTO
Posted by Arun Augustin at 6:01 PM