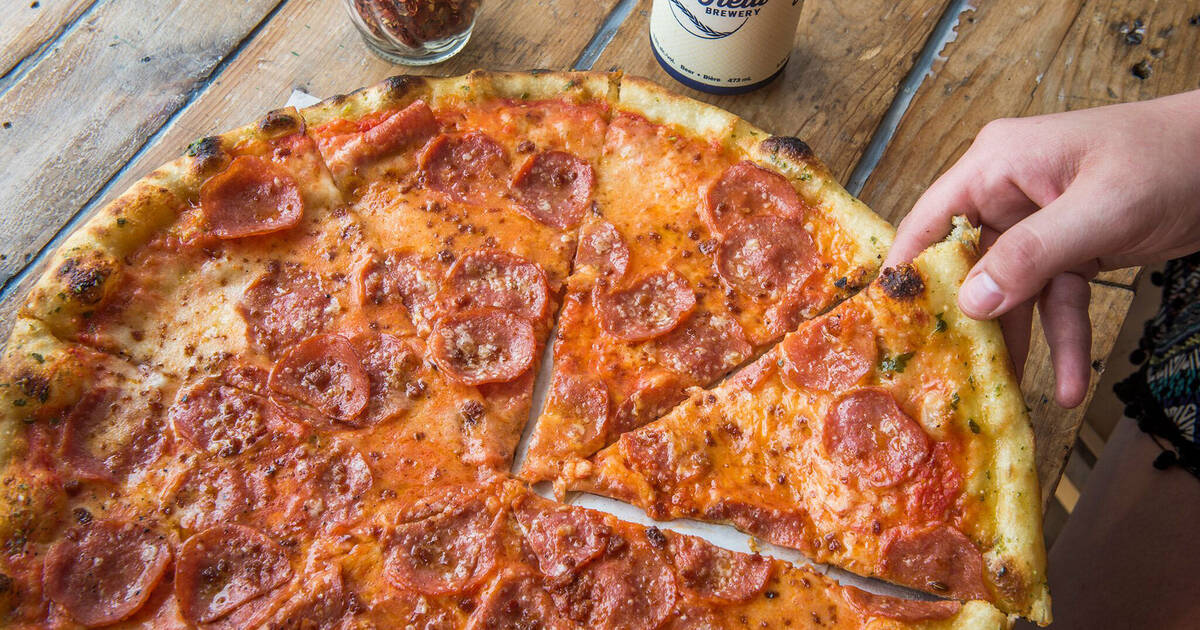 Food events in Toronto this week waft forth the scent of cinnamon buns on the cheap as Cinnaholic opens up a new location. Hoppy Holiday is back with a festive offering of seasonal brews and a Golden Girls-inspired dinner series would like to thank you for being a friend.

Cinnaholic Grand Opening (November 30 @ Cinnaholic)
Winter is cinnamon season and the city's newest vegan c-bun chain is opening another location on the Danforth, where there'll be buns for a buck.
Fire Noodle Challenge (November 30 @ Galleria Supermarket)
Cold weather brings hot noodles and this challenge will see contestants battle it out during this free noodle eating contest with lots of prizes up for grabs.
Rainhard Brewing Holiday Party (December 1 @ Rainhard)
Celebrate the holidays in the Aleyards with Rainhard during this holiday party with plenty of brews on tap and a catered selection of yummy comfort food.
Beer. Diversity. (December 1 @ Muddy York Brewing Co.)
Craft beer connoisseur Ren Navarro is on hand to speak about representation and diversity in the industry and serve up a speciality brew.
Brunch Brunch Comedy (December 1 @ Comedy Bar)
A big spread of scrambled eggs, sausage, bagels, fruit and coffee is on alongside standup comedy, drag, improv and poetry.
Grand Bizarre Grand Opening (December 1 @ Grand Bizarre)
A new player in the social dining game arrives by way of the Food Dudes and 10tation as this massive new hall opens with the world’s first food currency.
Filipinoesque Pop-Up (December 1-2 @ IN | A Lifestyle Space)
Traditional Filipino treats are on at this mini-market and ice cream bar courtesy of Filipino Fusion Desserts, talks and a mixer.
Rose Beef (December 2 - January 6 @ Glad Day Bookshop)
Rose and the gang once again take centre stage at this new Golden Girls-inspired dining series with curated comfort food, trivia and performances.
Hoppy Holidays (December 4 @ Berkeley Church)
The holidays are for hops and this annual beer festival is back with lots of brews and other libations on tap for the tasting.
Six Hands Dinner (December 5 @ R&D)
Chefs Alvin Leung, Eric Chong and Christopher Siu are coming together for a four-course dinner with an array of canapés, pairings, and a meet and greet.
Big Reds Wine Tasting (December 5 @ D.W. Alexander)
Winter is all about big bodied red and the Toronto Wine Club is leading a tour through a selection of wines to keep you warm all season long.
Discover the Wines of Hungary (December 6 @ IWEG Drinks Academy)
Master Sommelier John Szabo is on hand to explore the wines of Hungary with wines supplied by the Hungarian Embassy in Ottawa.
Free Chocolate Lava Souffle Pancakes (December 7-8 @ Fuwa Fuwa Japanese Pancakes)
Fuwa Fuwa is opening a second location and celebrating with a two-day give-away of their raspberry chocolate lava shuffle pancakes.
High Park Zoo Beer Launch (December 8 @ High Park Brewery)
A new brew inspired by the cuties at the High Park zoo is launching with a party featuring food by Mad Mexican, drinks and beer samples.
Hangover Pizza Battle (December 9 @ Village Pizza)
We've all been there and Blondie's and Village Pizza are battling it out to create the best pizza that soaks up everything from the night before, even the regrets.
Regent Park Multi-National Holiday Market (December 13 @ Toronto Centre for Community Learning and Development)
Foods from over ten countries around the world can be found at this big holiday market that includes tasting stations and a makers market.

by Lisa Power via blogTO
Posted by Arun Augustin at 10:25 AM