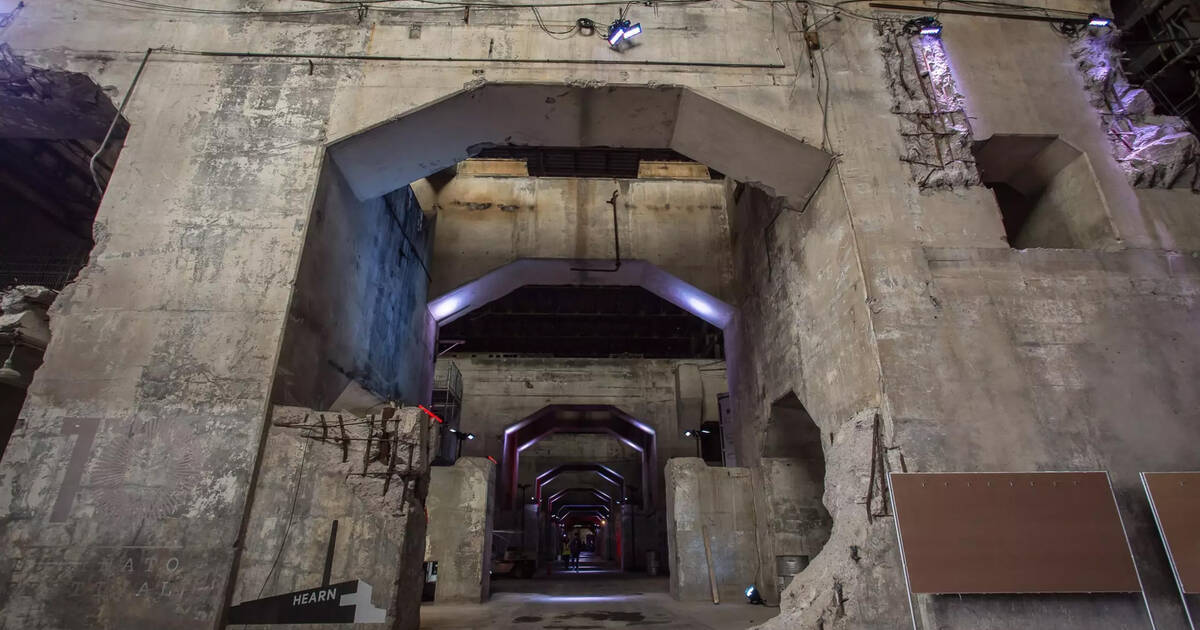 It was only two summers ago that Toronto's long-abandoned R.L. Hearn Generating Station burst back into life for the 10th anniversary of Luminato.

Thousands flocked to the decommissioned power plant, which was shut down in 1983, for 10 days of wild art installations and performances in a specially built 1,200-seat shipping container theatre.

Those lucky enough to score tickets got to dine in the generator's old control room, which had been transformed into one of the coolest French restaurants Toronto had ever seen for the occasion.

Simply stepping into the massive, hollowed out heritage building — an iconic fixture along the skyline Toronto's eastern waterfront — was enough to thrill most people, and for good reason.

The Hearn is spectacular, inside and out, and many in the city had hoped to see more huge-scale, public events staged there (you know, after the building was brought up to meet the safety standards of Toronto Fire Services).

Bitterly disappointing for everyone working to build a great waterfront with exceptional public spaces. https://t.co/hCbkZwVU09

The provincially-owned Ontario Power Generation (OPG) announced this week that has sold sold the entire site, which produced electricity from 1951 to 1983, to Studios of America Corporation for $16 million.

Studios of America, which had been leasing the property from OPG since 2002, maintains the Unwin Avenue property as an "enclosed feature film and TV production complex."

Hearn Power Station secretly sold for a song to well connected Tory insiders. No transparency, no open process, no RFP & no competition. A key Portlands property & no engagement with the City or Federal gov't. No consultation with Waterfront Toronto or the public.

Mayor John Tory and Toronto city councillor Paula Fletcher both told The Star on Thursday that they were not consulted on the sale, or even aware that it was happening.

"This is a sad day for the waterfront," said Fletcher, who had hoped to redevelop the site for public use.

"This is an iconic landmark building that should remain in public hands and be part of our new waterfront, and, instead, it has been sold for a song."

So why the fire-sale price?

If you ask OPG, it's at least in part due to the former coal-burning site's status as a heavily contaminated industrial brownfield (though other, more nefarious theories are floating about).

Mayor John Tory said “we were not consulted, at all, on the sale.” The Ford government’s disdain for #Toronto is reflected in the lack of consultation by the #OP G about the sale of land with the city where it is situated. Appalling. #TOpoli #ONpoli #Hearn #OPG

OPG pokesperson Neal Kelly told the star that conditions of the sale included Studios of America not being able put residential or other "sensitive uses" on the site within 15 years. The company is also forbidden from reselling the Hearn within three years.

Disappointed as the city may be, its possible that Studios of America will still rent the space out for special occasions.

"The studio lot is located on a strategic 27.6-acre parcel of Toronto waterfront land with direct multi-modal road, rail and water access," reads President Paul Vaughan's Linkedin profile in a description of the company.

by Lauren O'Neil via blogTO
Posted by Arun Augustin at 7:09 AM