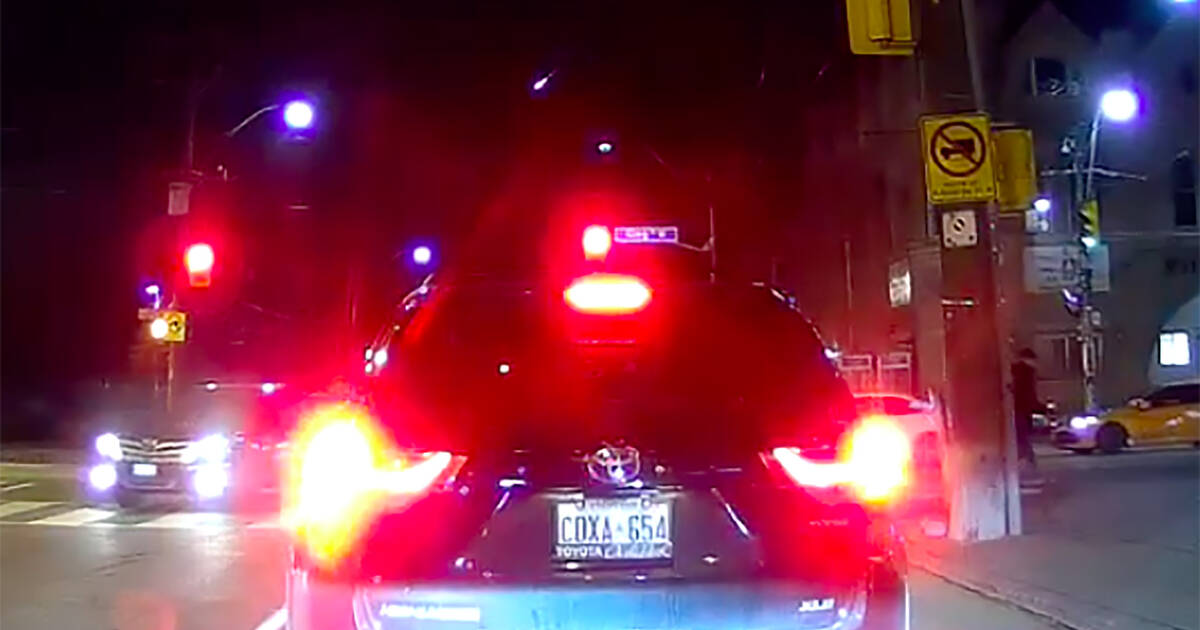 Did you happen to notice a bright light streaking across the sky in Toronto around 9:15 p.m. last night? You're far from alone, and no—it (probably) wasn't aliens.

The American Meteor Society (AMS) reports that a "bright fireball" was spotted above Toronto last night in at least 33 verified locations so far.

Hey #Toronto & Southern Ontario, did you see the #meteor #fireball that passed over the city around 9:15 tonight? Report it to the AMS, so we can get it in the fireball reports!https://t.co/pNpBaV4KqJ #SOnt pic.twitter.com/ayM2V0O7uw

Most reports on the non-profit scientific organization's website were logged from Toronto, though skywatchers from Markham, Mississauga, Brampton and Buffalo, NY are said to have witnessed the event as well.

Of course, not everyone who saw the fireball reported it to AMS. A lot of people turned straight to Twitter with their observations and, in some cases, their video evidence.

"Did anyone see a green light streak across the sky around 9:15 p.m. northward?" asked one local on Reddit Wednesday evening shortly after the event had passed.

"Yup. Facing north at St. Clair and Keele," replied someone else. "I've never seen something burn in our atmosphere like that, it was quite beautiful! Started as a white streak, then turned into a green flare."

Another observer posted footage of the fireball taken from his dashcam, noting that it "freaked the sh*t out of me."

The University of Toronto Scarborough's astronomical observatory's meteor camera automatically posted footage of the fireball just moments after it graced the night sky.

The #UTSC meteor camera just captured this video. Note: automated tweet of unverified raw data, might not be a #meteor. 🔭🌠 pic.twitter.com/WBh2hum0vr

For the most part, though, it was human eyeballs that best captured this particular event.

Many on Twitter are saying that the fireball was green with a long tail and atypically bright.

"Saw it on my way north on the DVP it looked very different in person," wrote an observer in response to one of many tweets about the meteor.

"Long white streak and exploded with green colour, it was very close to the ground when it exploded."

"It was unbelievable," wrote someone else in a different Twitter thread. "Looked very low. Brightest we have ever seen!"

by Lauren O'Neil via blogTO
Posted by Arun Augustin at 9:03 AM