Toronto is getting public benches carved from giant chunks of granite 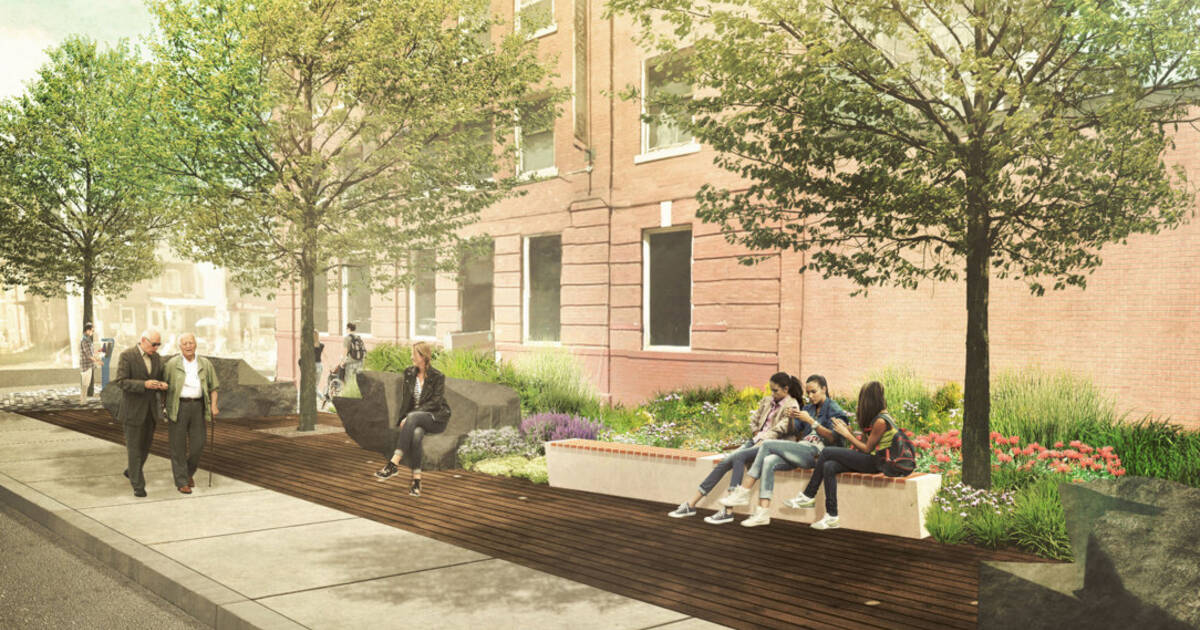 Think a huge slab of granite can't be comfortable? Think again, like the award-winning Toronto architecture and urban design firm DTAH did.

More details have been released about the massive streetscape revitalization of Bloor Street between Bathurst and Spadina, and specifically in relation to four new parkettes.

The parkettes will be constructed in 2019 just off Bloor at Robert Street, Major Street, Brunswick Avenue and Howland Street, according to the Bloor Annex BIA's revitalization Committee.

Major improvements are coming for public spaces along the stretch of Bloor Street between Bathurst and Spadina. Image via Bloor Annex BIA/DTAH Toronto.

Part public art, part public bench, these Robert Cram-designed granite seating fixtures will be carved out of salvaged stone that DTAH managed to acquire from a quarry.

What makes them truly unique, though, is not the material but precisely how they're being carved. 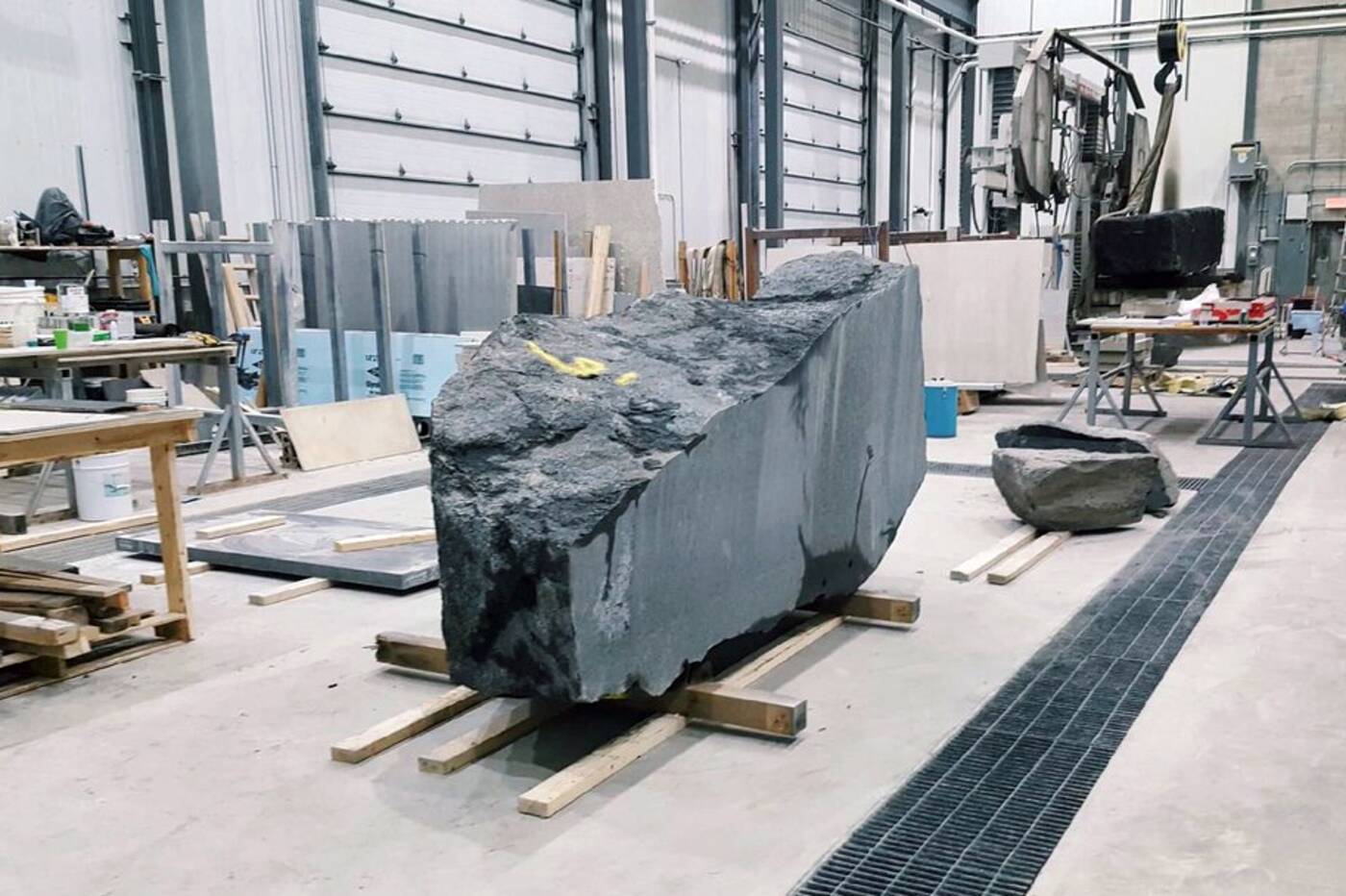 Toronto architectural firm DTAH showed off some of the raw materials being used to make new seating fixtures along Bloor next year via Twitter. Image via DTAH.

Design documents published on the Bloor Annex BIA's website show that Cram will be creating four unique pieces of street furniture as part of the project, most of them based on very famous historical chair designs.

Part of the Robert Street piece, for instance, is being moulded in the style of Le Corbusier's famous LC4, nicknamed "the relaxing machine" for how it mirrors a human body's natural curves.

That chair, originally released in 1928, now lives at the Museum of Modern Art in New York. 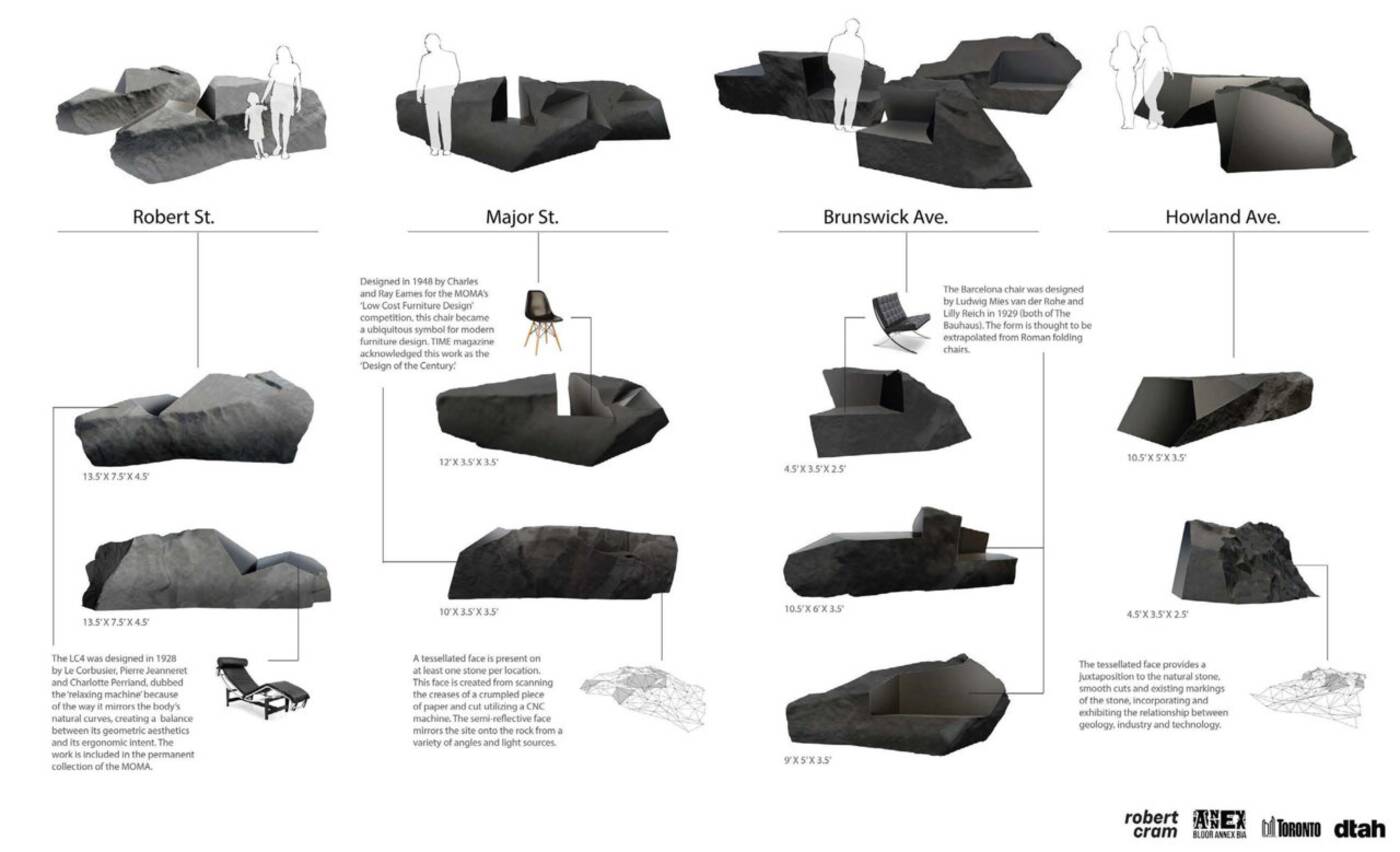 Landscape architect Robert Cram is carving each granite rock in the style of chair design icons like Le Corbusier and the Eamses.  Image via Bloor Annex BIA/DTAH Toronto.

Major Street's parkette will feature seating inspired by Charles and Ray Eames, whose 1948 lounge chair went on to be hailed by TIME Magazine as "Design of the Century."

Every rock will have at least one tessellated face, created from scanning the pieces of a crumpled piece of paper and meant to represent the the relationship between geology, technology and industry. 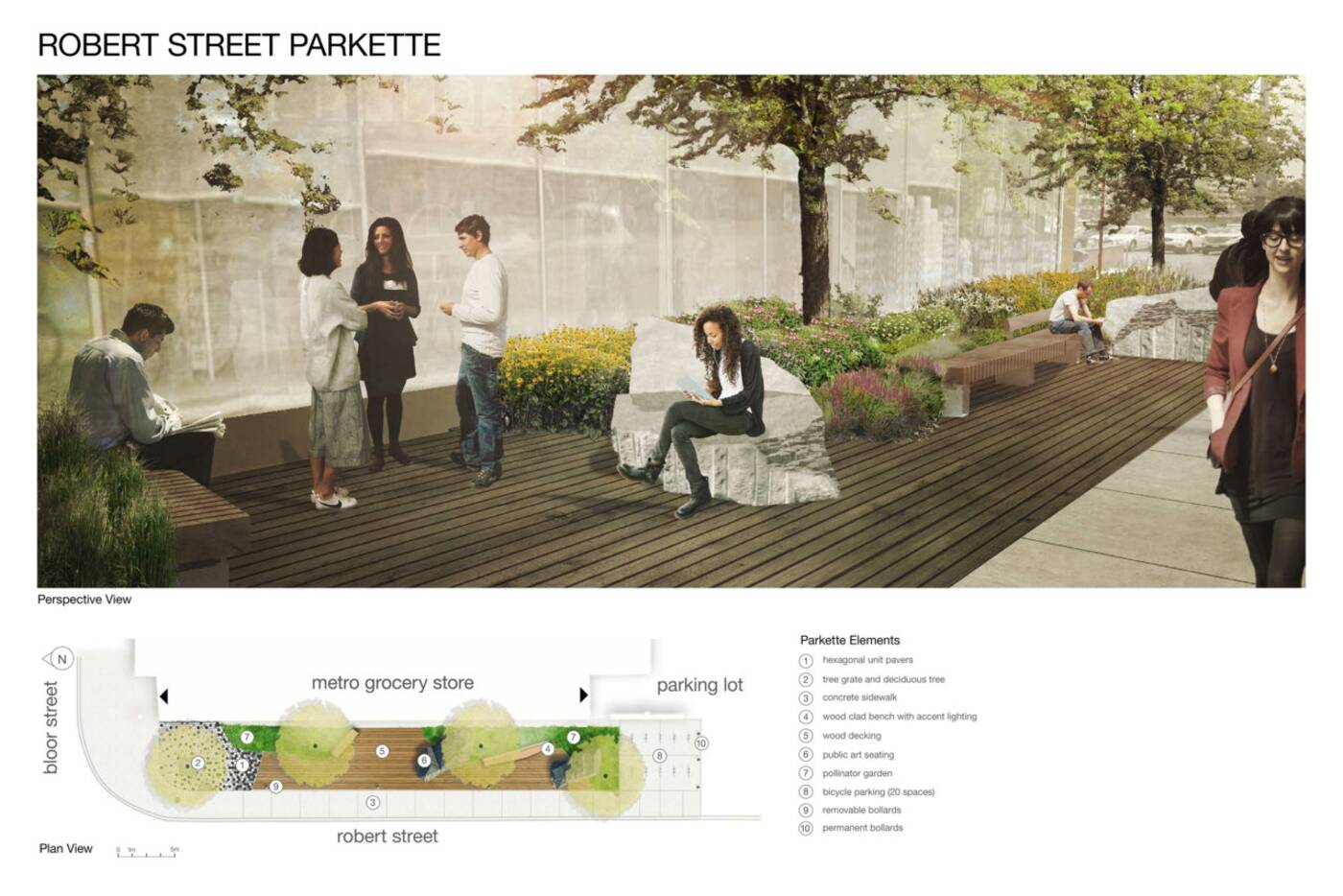 I, for one, look forward to testing these bad boys out some fine summer day. But not before May, because it's cold.

by Lauren O'Neil via blogTO
Posted by Arun Augustin at 3:03 PM