Someone keeps taking photos of people on couches in Toronto 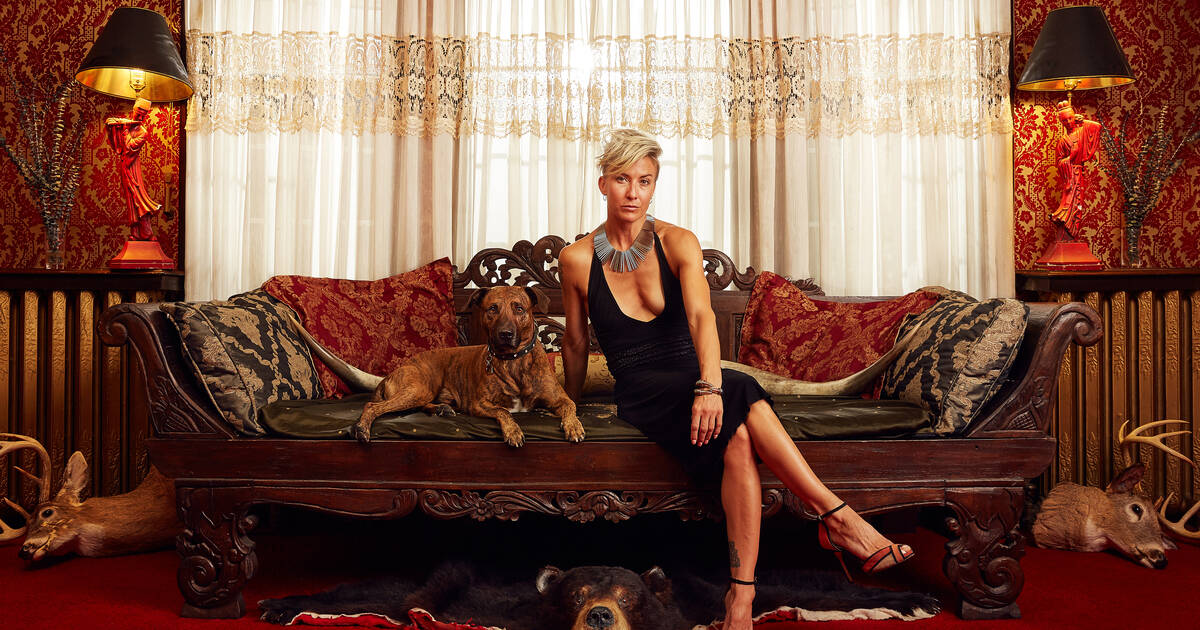 There's an old adage that says the heart of a home is its kitchen, but is it really? In 2018? In a city where most of us live in sky shoeboxes or have multiple roommates to share the fridge with?

I don't hang out with loved ones in my kitchen. I don't read, nap, chill, entertain, watch TV or even eat there, most of the time. That stuff happens on the couch, where everything always feels comfy and right.

Toronto-based photographer Adam Coish understands the allure of a living room sofa. He's been photographing them (and the people who own them) for more than five years now as part of a project he calls "The Couch Series." 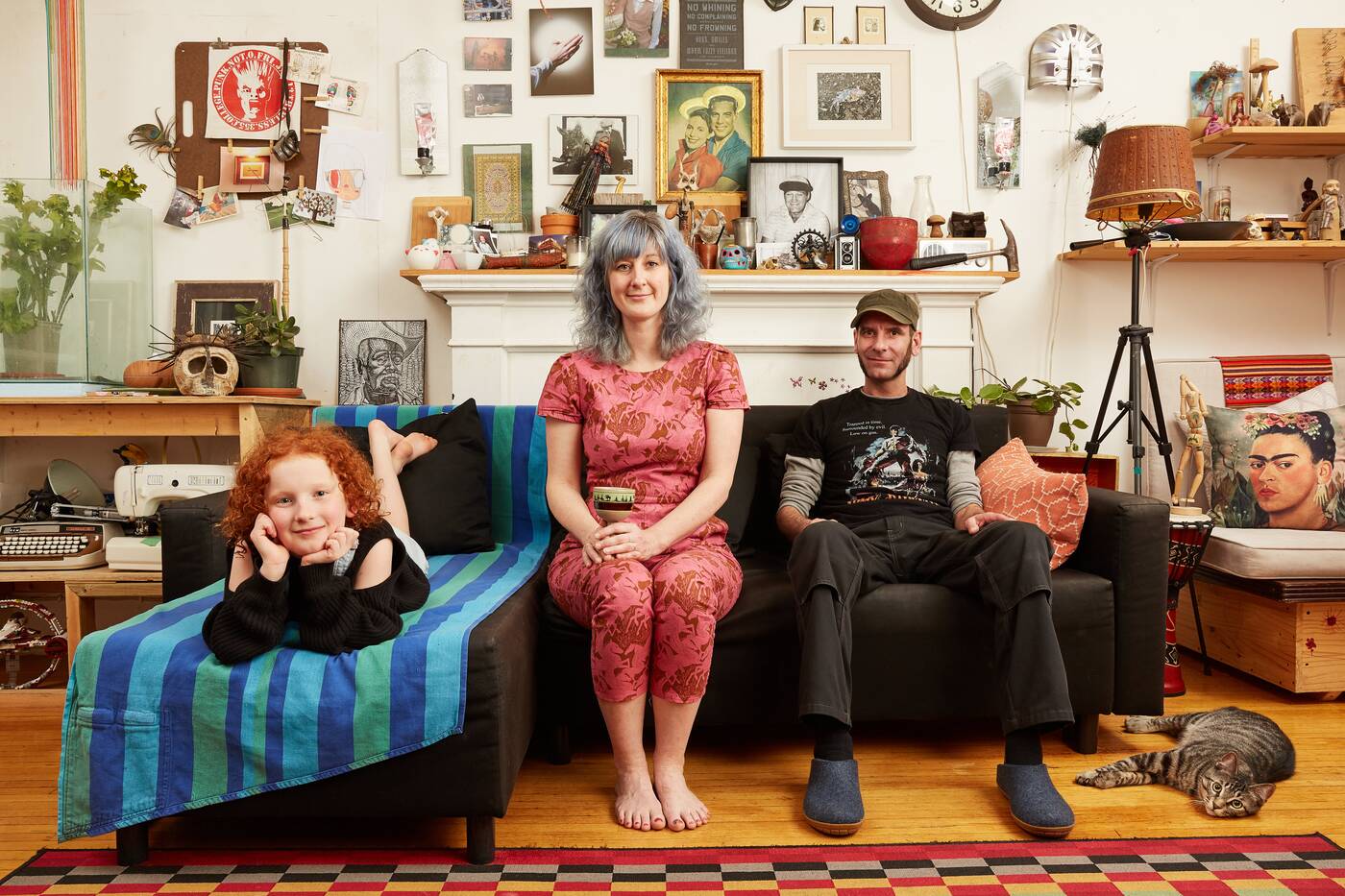 "Capturing real people in everyday environments has always been my greatest source of inspiration," says the artist.

"The main goal of the series was, and still is, to showcase individuality while tying us together with that one piece of furniture we all possess in our home: a couch." 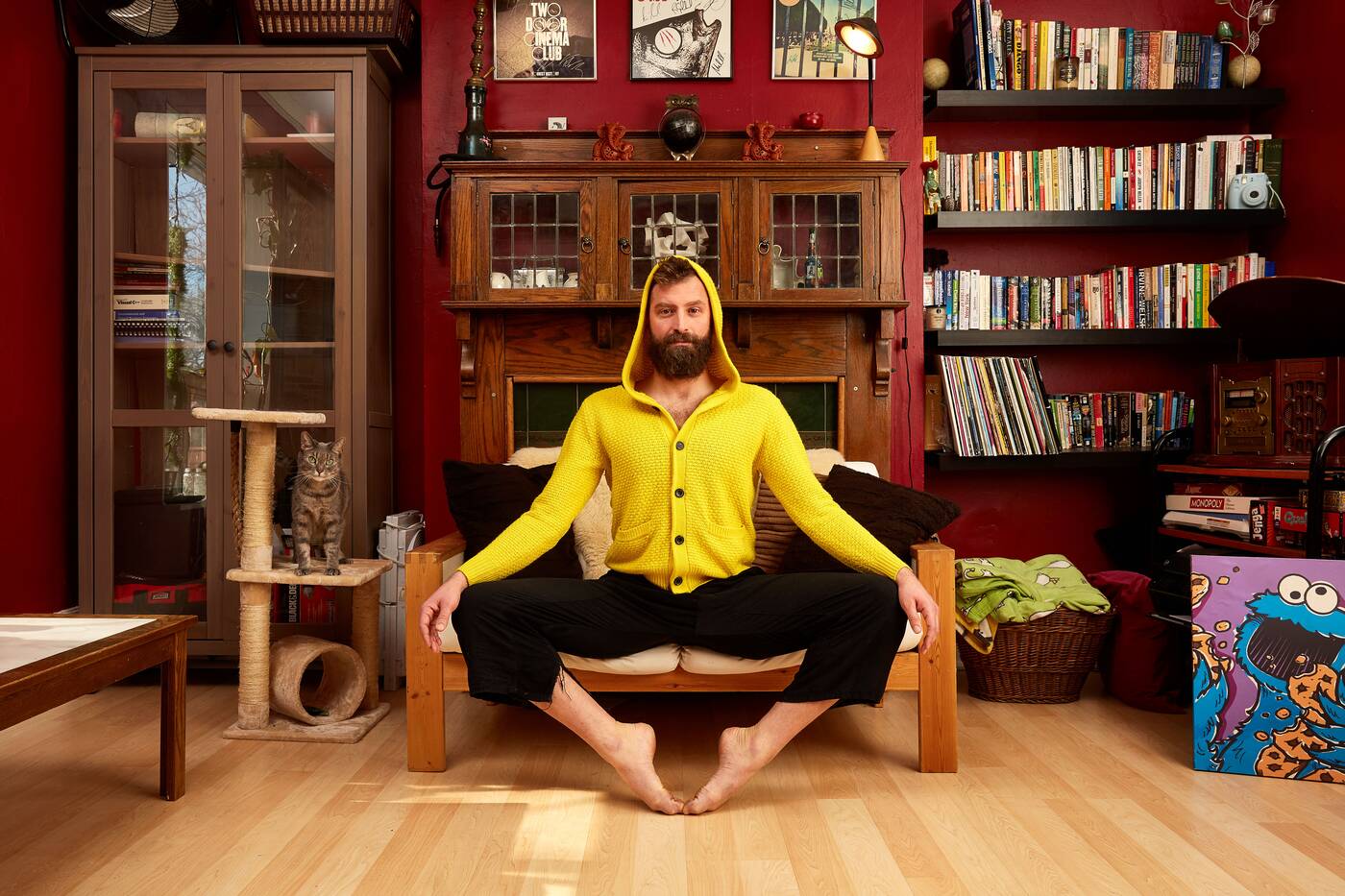 Ken Ferguson and Gracie in Toronto. Photo by Adam Coish.

As of last summer, Coish had photographed 50 different couches across the city—all of them unique in their various human and pet-occupied environments.

He's just as prolific today, but says that his work has evolved beyond its initial premise. 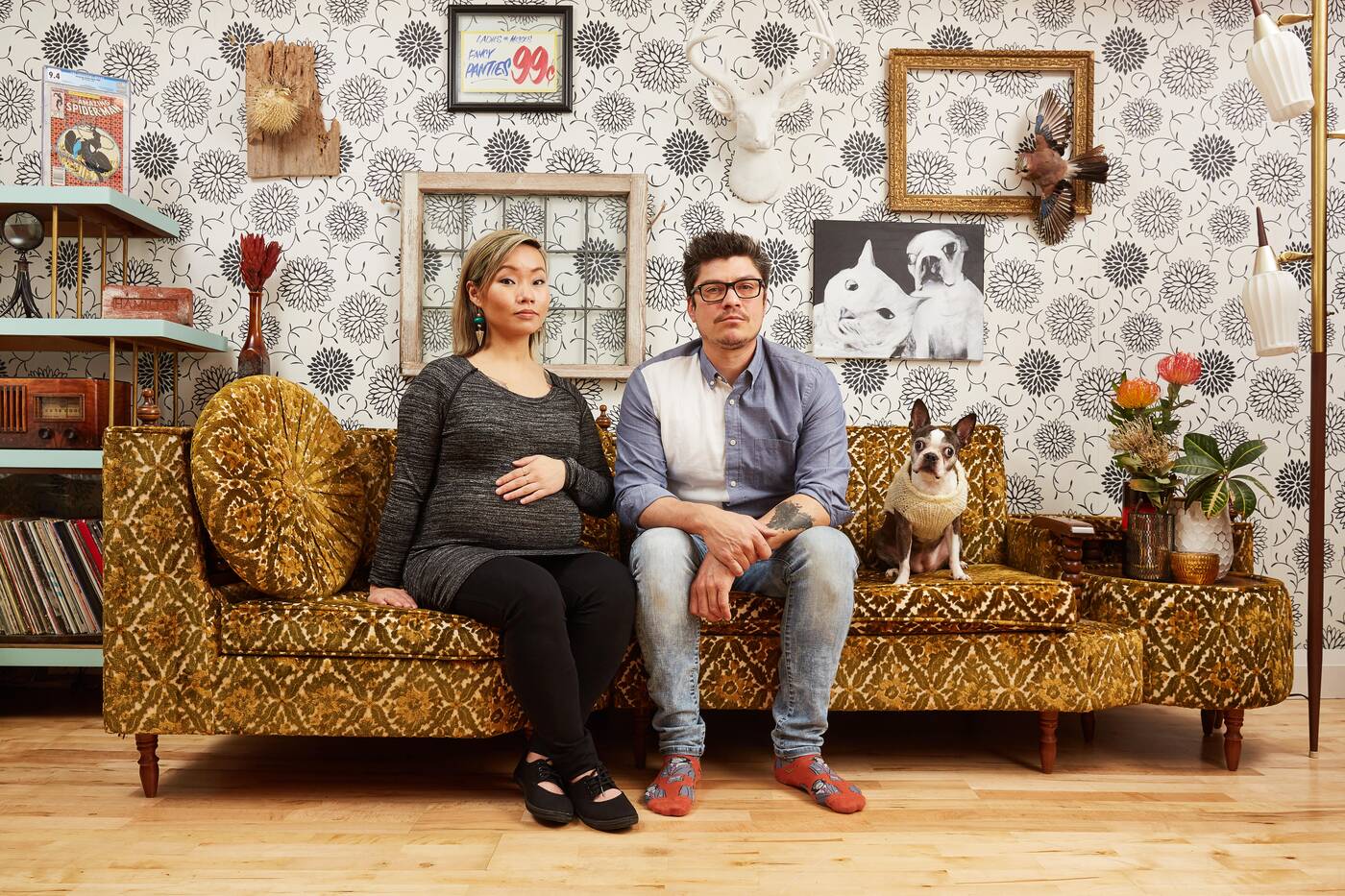 Michelle, Jeremy and Weiland in Hamilton. Photo by Adam Coish.

"As this series has grown, I realized that I was missing out on so many interesting items that the subjects had in their room that weren’t making it into the frame of the shot," Coish explains.

"Now, I take a more collaborative approach with subjects and in a communal effort, we set up the frame and decide what we could add to the scene to show more of their personality and interests." 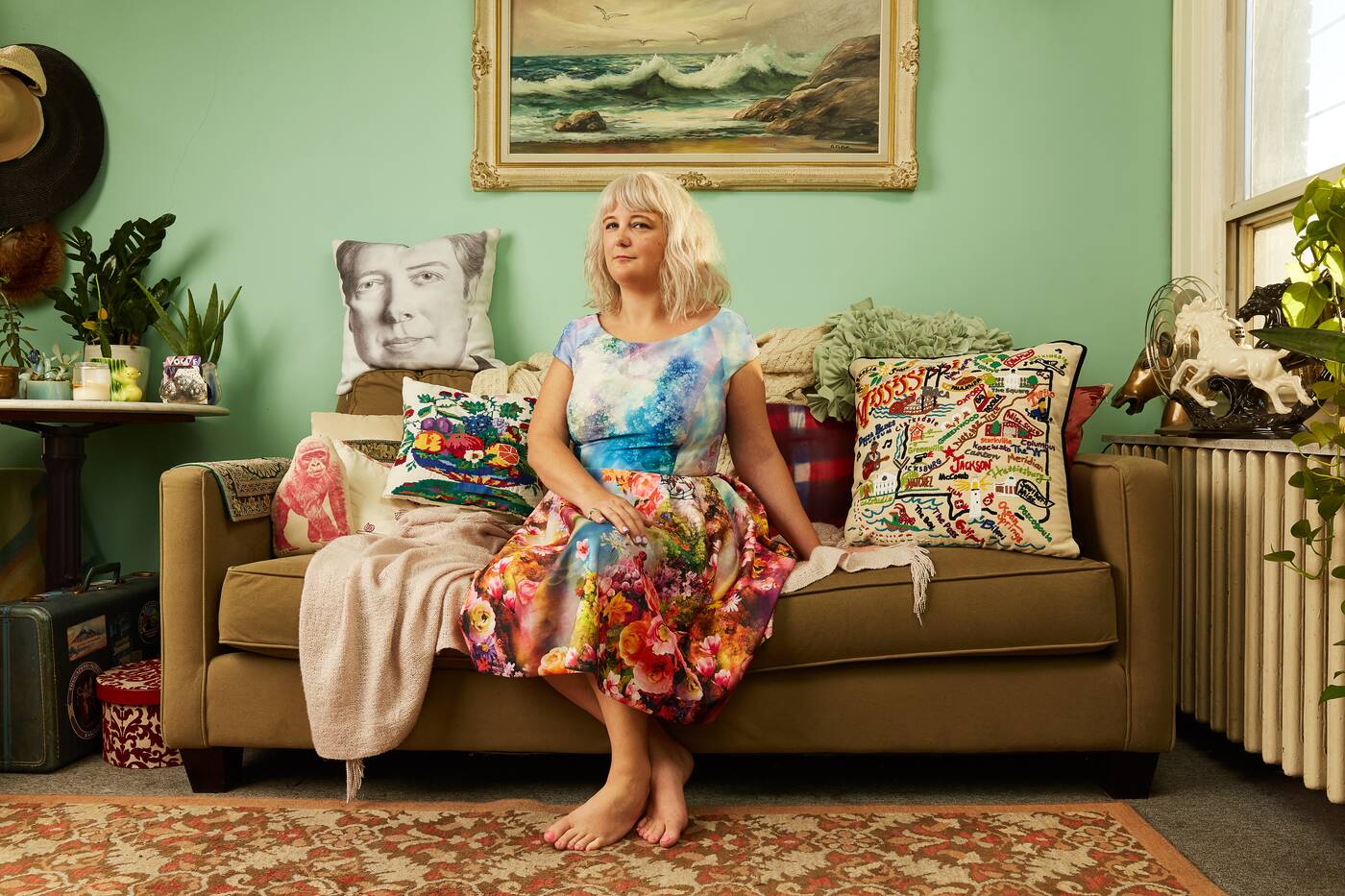 The Toronto artist just dropped a fresh new batch of photos on his website this week, featuring couches from all over the GTA.

Looking through the images, it quickly becomes clear that his series is about more than just people and pets sitting on furniture. 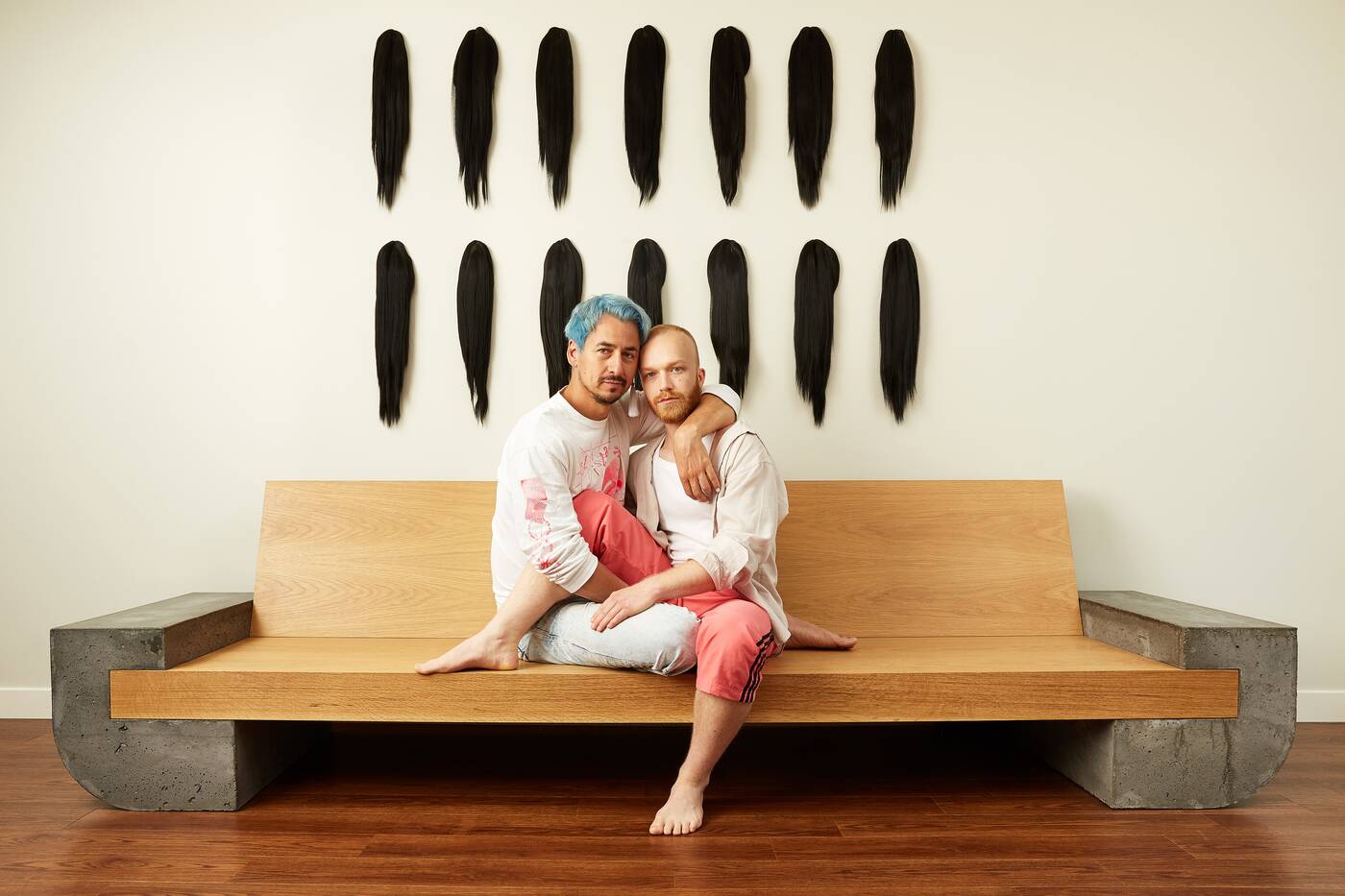 "Each couch has a story to tell," says Coich. "However; it’s the couch owner who develops the grooves in the cushions and surrounds the couch with art and other keepsakes that bring the story to life."

"I don't want the viewer just to see a person sitting on a couch," he continues. "It is my wish that the viewer will get lost in the details of the image and feel connected with the subject, their space and what makes them unique." 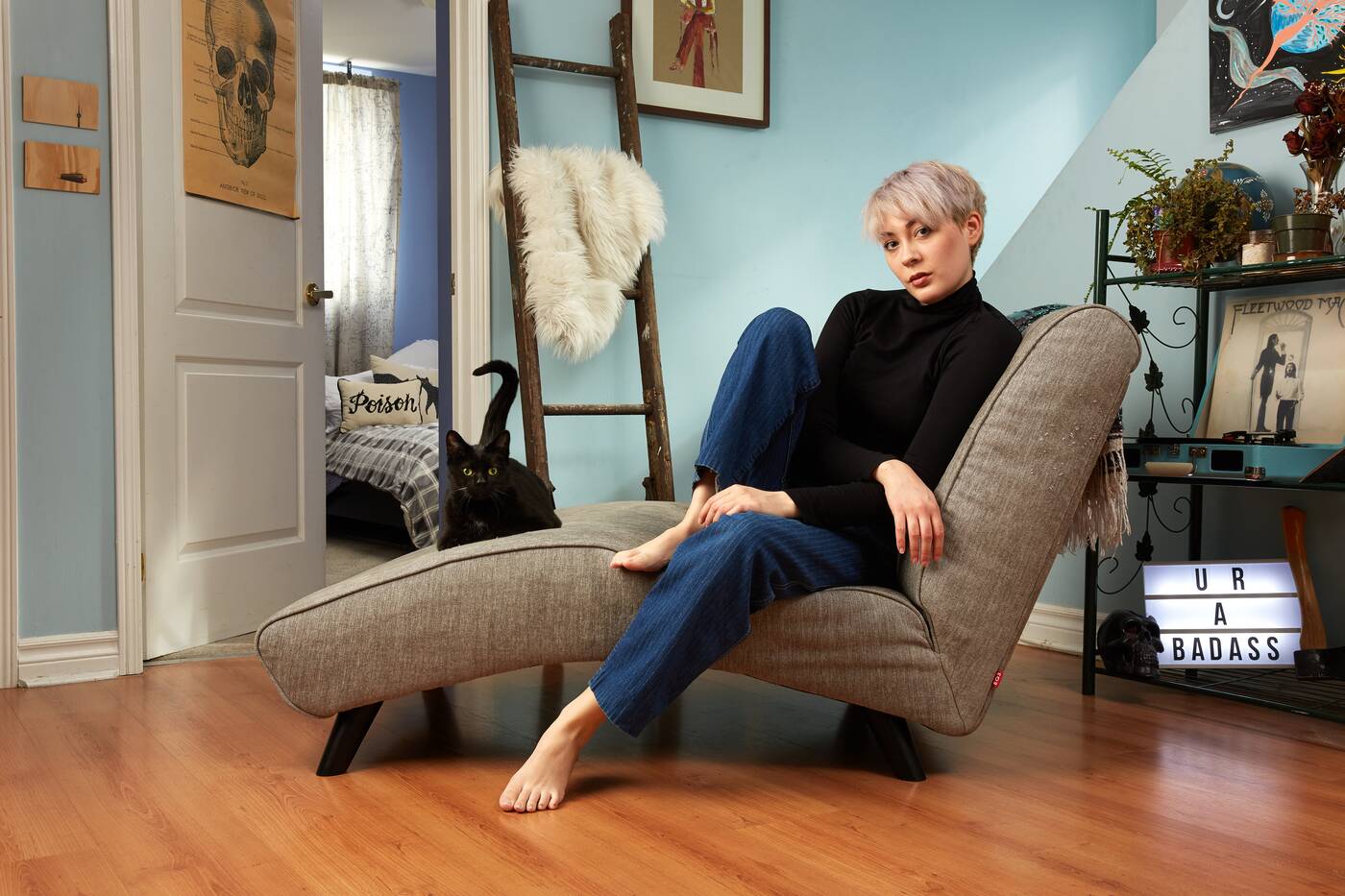 Coish says that, while he does plan on having a gallery showing or even creating a book at some point, he's been holding off for the time being in favour of finding more subjects.

"I am in no rush," he says. "I plan on continuing this project for many years to come and I want plenty more couches to fill out the pages before I approach that idea more intently." 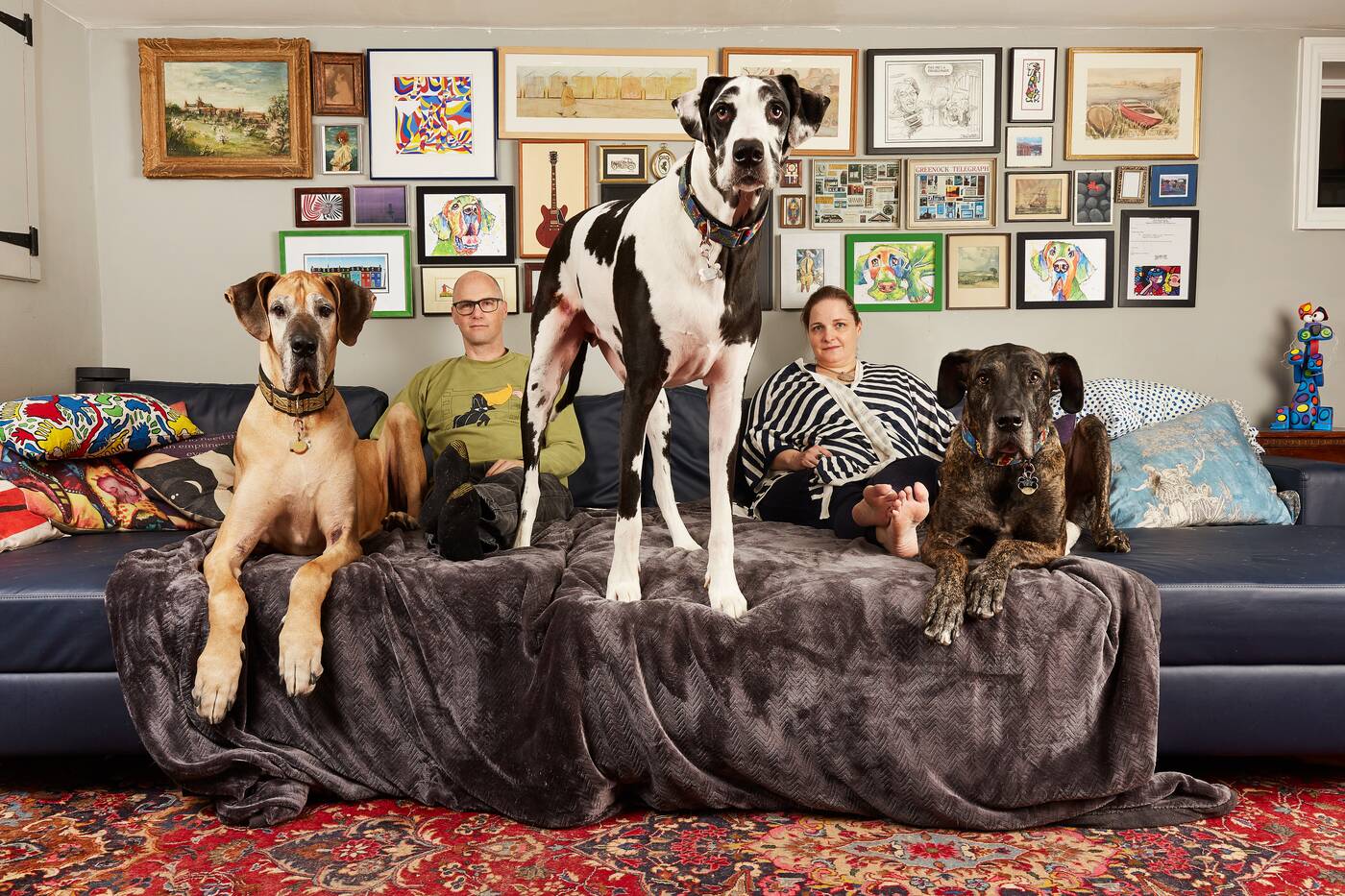 The award-winning photographer is currently appealing to locals who might be interested in showing off their space.

"Of course it's free of charge and they will get a rad photo of themselves," he says, noting that interested parties can email him photos of themselves and their couches for consideration. 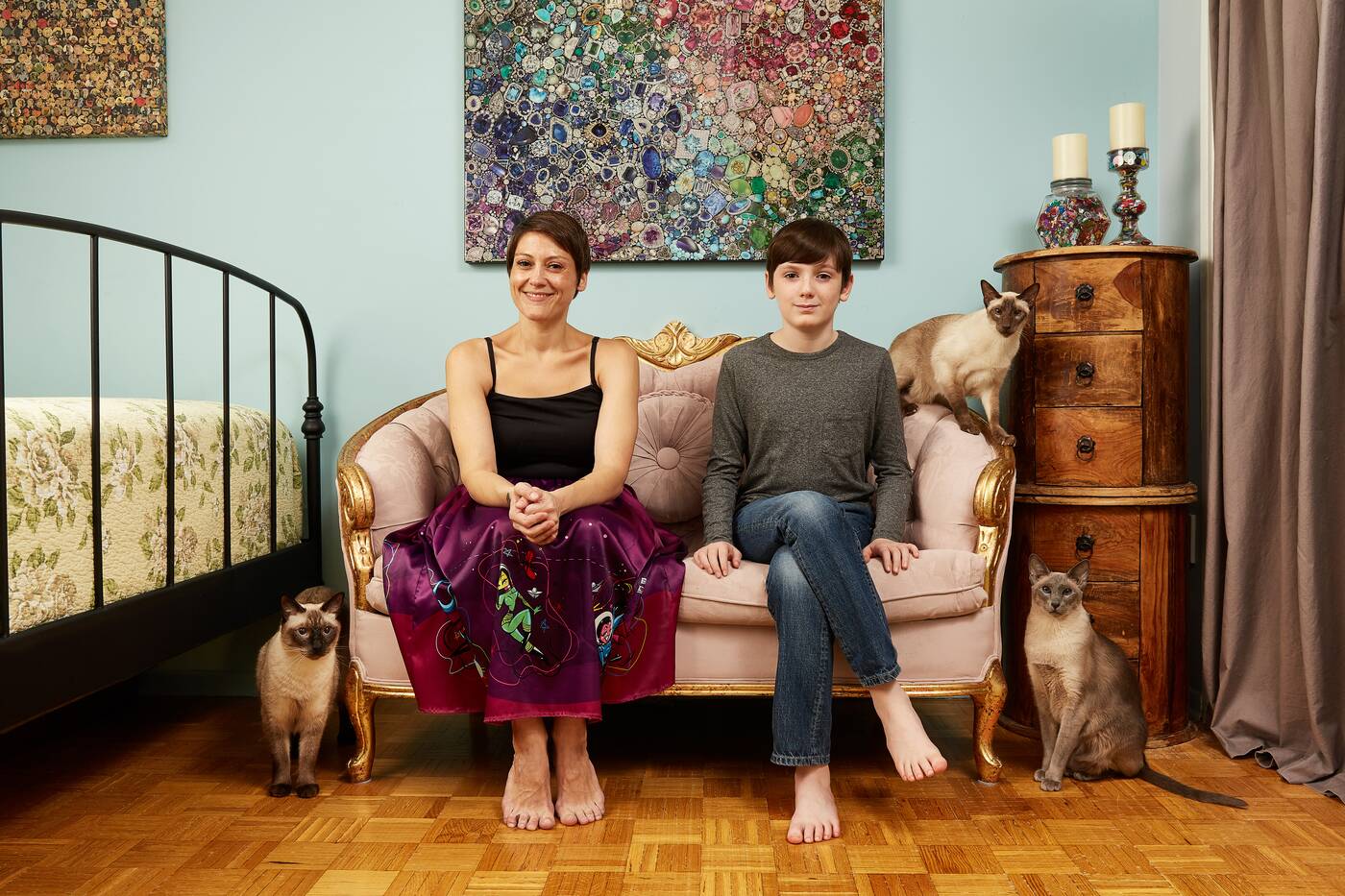 "What I would love to capture is more diversity," he says. "Considering most of my subjects are from Toronto, I would love to showcase the variety of different cultures that make our city so incredible. 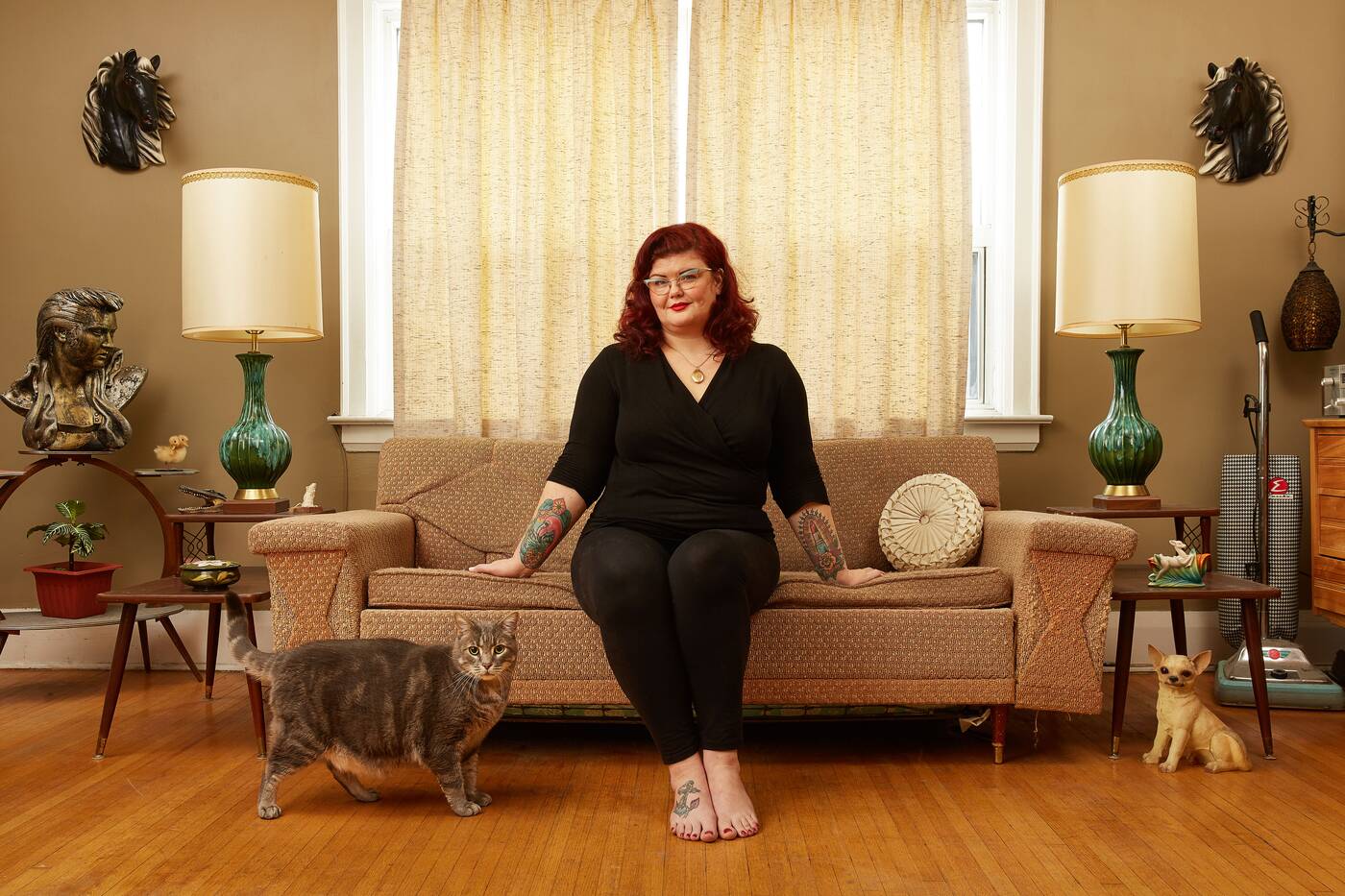 Andrea and Chico in Toronto. Photo by Adam Coish.

That said, Coish is open to "any and all types of subjects" — real people from all walks of life, not just those with edgy or wild-looking living rooms.

"Whether a space is simple or full of interesting trinkets, if I feel like it’s adding to the series," he says, "I'm all for it." 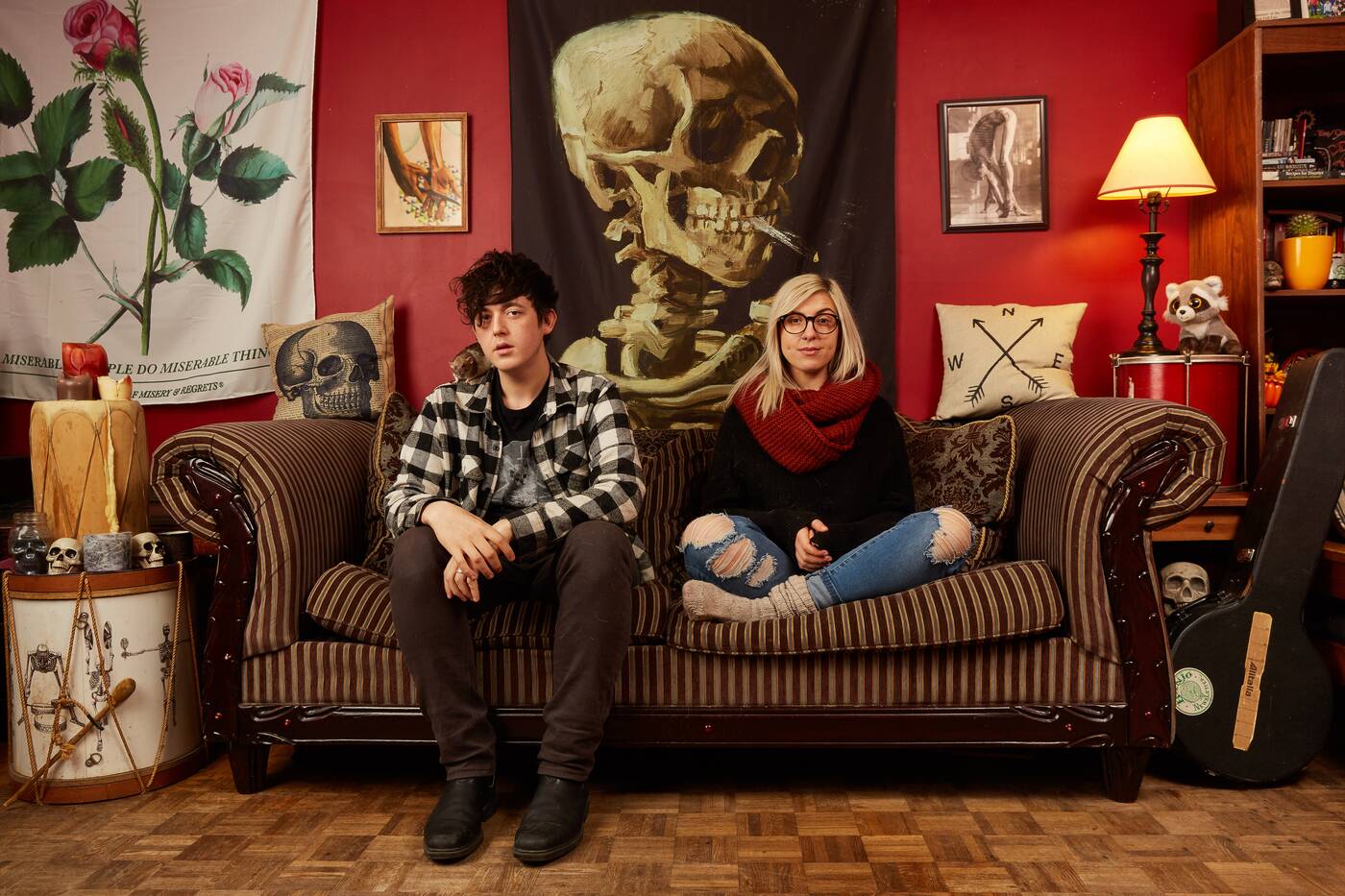