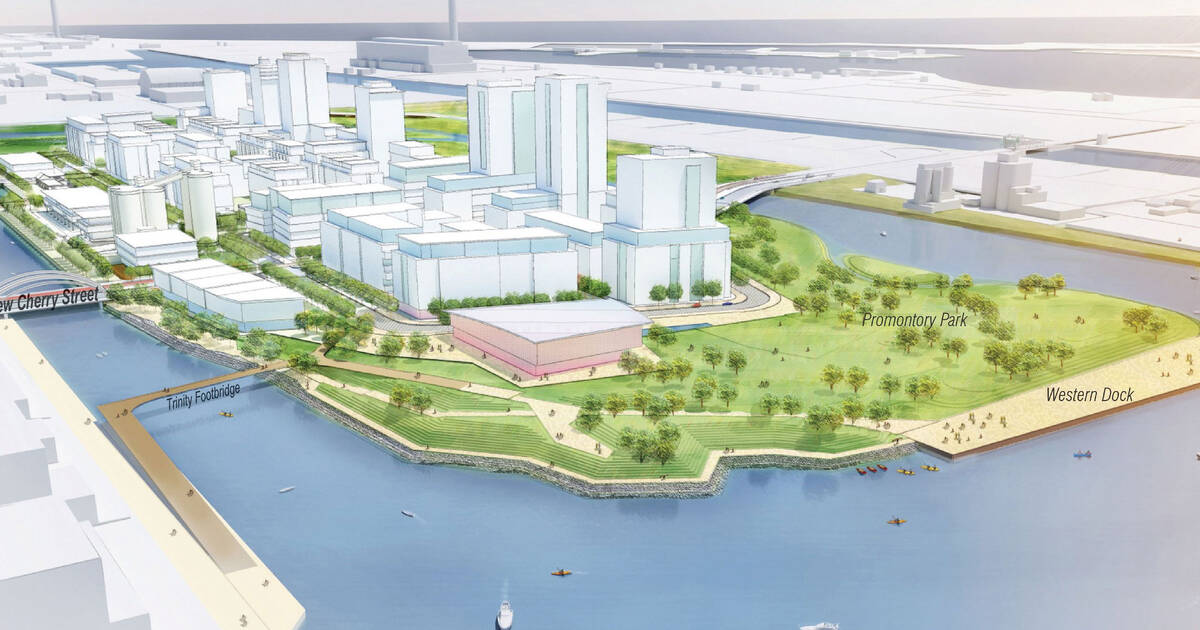 Construction is now officially underway on what might be one of the biggest infrastructure projects in Toronto's history: The Port Lands flood protection project.

It may sound like, well, a plan to protect against flooding—and it is. But it's also much, much more than that.

This is the model for how the Port Lands will look at the end. #topoli #onpoli @CityNews #Everywhere pic.twitter.com/dyilU6k3So

Officials from all three levels of government joined Waterfront Toronto in the sprawling former industrial area near Lake Ontario yesterday to break ground on a new, one-kilometre-long valley that will eventually become a new mouth for the mighty Don River.

This work will not only protect the area against future flooding, but lead to the creation of a massive, brand new island, purpose-built to support the development of new residential, commercial and recreational space.

On a chilly morning Mayor @JohnTory presides over groundbreaking of the massive @WaterfrontTO Port Lands Flood Protection project, beginning river excavation & getting the area ready for future development. The downtown Studio District will truly be a place to live, work and play pic.twitter.com/zHCB36GjW1

"This project is a game changer, opening up an area roughly the size of Toronto's downtown for new homes, workplaces, parks and more access to our waterfront's natural wonder," said acting Waterfront Toronto CEO Michael Nobrega during the groundbreaking ceremony on Wednesday. 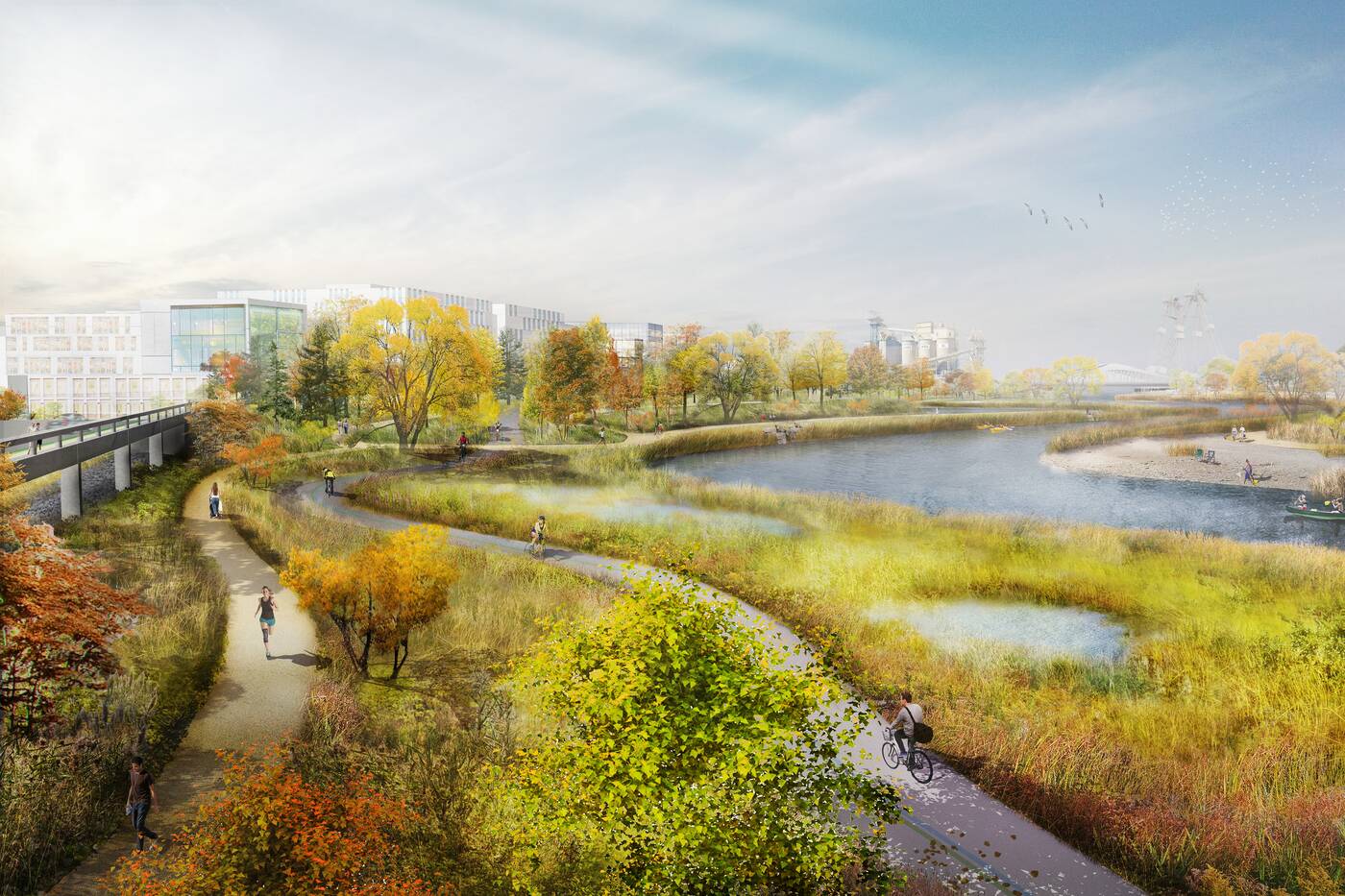 An artist's rendering of the Villiers Island as seen looking south at the future River Valley Park. Image via Waterfront Toronto.

"This construction is going to be completed in 2023," said Tory. "You're going to have a new shoreline, a new river valley, parks, and they are going to facilitate not only flood protection but also the new neighbourhoods and the new places to work."

Villiers Island, as the new mega-development will be called, isn't expected to house residents or businesses until 2024.

Still, yesterday's groundbreaking ceremony marks a significant step in that work on the project is now officially underway after years of excitement and speculation.

Construction on Port Lands Flood Protection will create 10,829 person years of employment. In the long term, this project will add $5.1 billion in value to the Canadian economy. Glad to mark a milestone in this important project with our partners today. https://t.co/6mFNh2UaiE

The groundbreaking has also given way to more artistic renderings of the future parkland and models showing how the entire community will be constructed.

More than 290 hectares of land (more than one third of Toronto’s entire waterfront) will be unlocked for revitalization through this project, according to Waterfront Toronto.

The project itself will also boost Canada's economy by an estimated $5.1 billion, but Toronto residents and visitors will no doubt be most excited about the beautiful new (streetcar-accessible!) spaces to explore.

See you there in seven years.