Toronto is getting rental apartments that look like giant sailboats 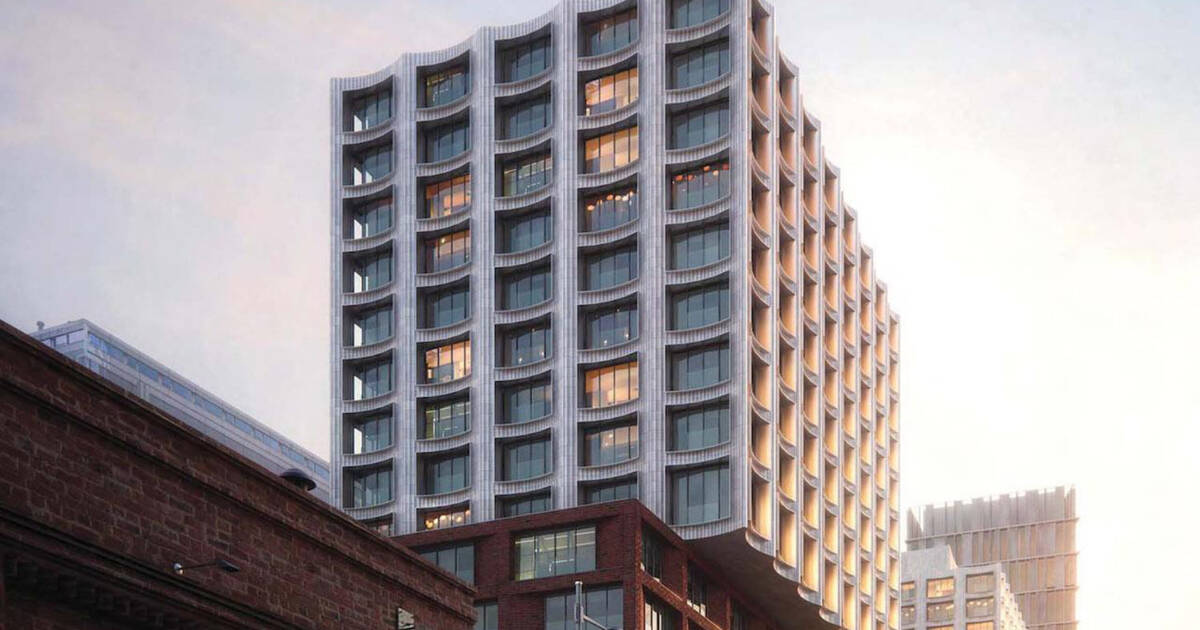 Big things are happening in Toronto's West Don Lands, an area that is basically entirely under construction right now.

The former industrial land is slowly being revitalized into an up-and-coming new neighbourhood and, as this revitalization continues, huge developments are underway.

One of those developments is a series of rental buildings along Block 8 of the West Don Lands, which runs along Mill Street. 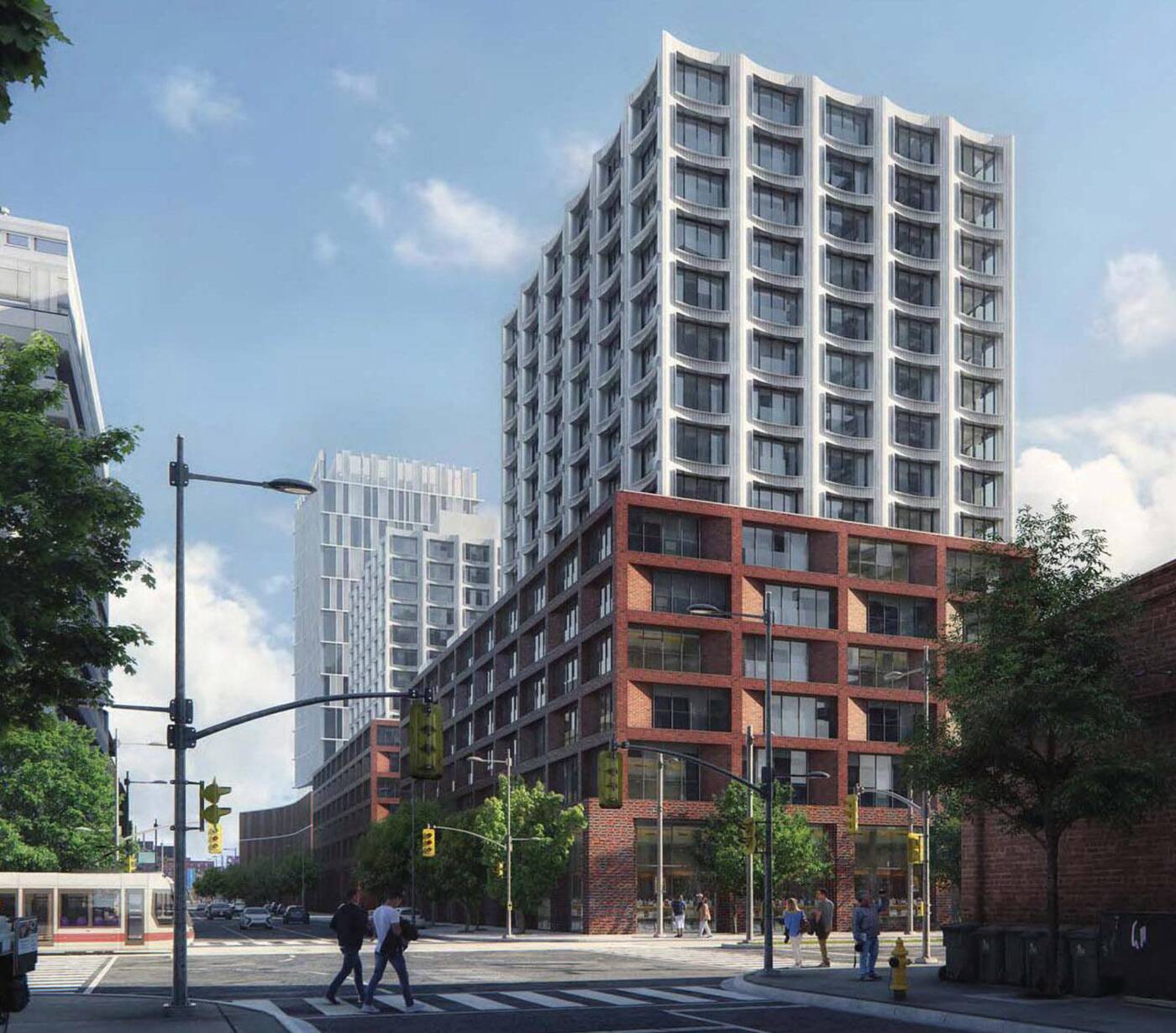 The lower floors are clad in red brick. Image from Dream, Kilmer, and Tricon.

A proposal for the development would see 756 rental units built across three towers, with the floors at ground level being occupied by townhouses, retail, and other amenities.

The two shorter towers, coming in at 16 storeys each, have a sailboat-esque design, with curved, concave window frames that give them a punchy, sail-like appearance.

In other words, it gives some shape to buildings that could otherwise look like Toronto's typical glass rectangles. 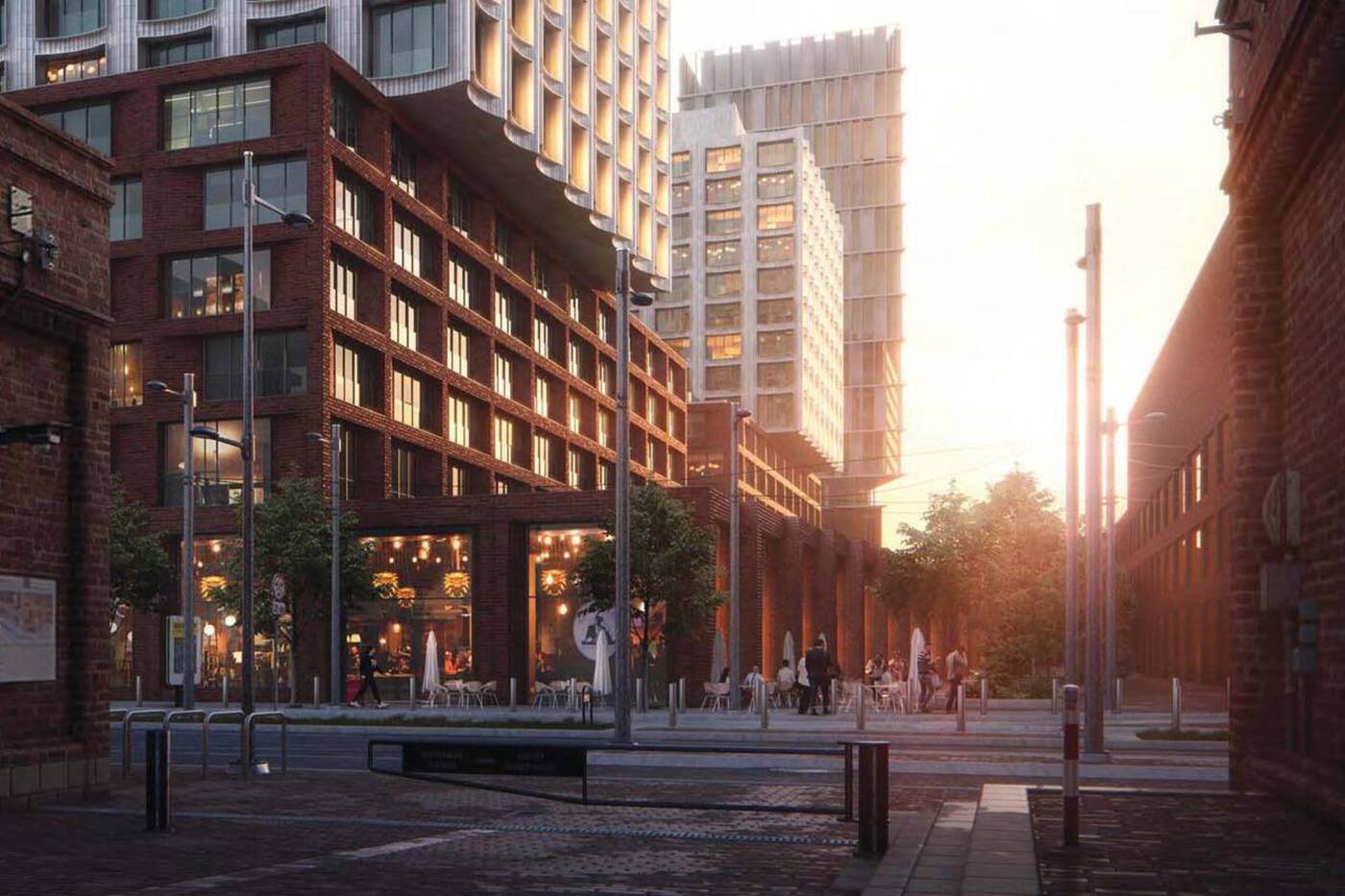 There are three buildings total, two with 16 storeys, and one with 26. Image from Dream, Kilmer, and Tricon.

The base of these two buildings is clad in reddish-brown brick—a call to the neighbouring Distillery District.

The third tower, which is the tallest at 26 storeys, features jumping vertical lines that give it the appearance of fins, or wind chimes. The three towers together each have an appearance that seems to move the eye through natural lines. 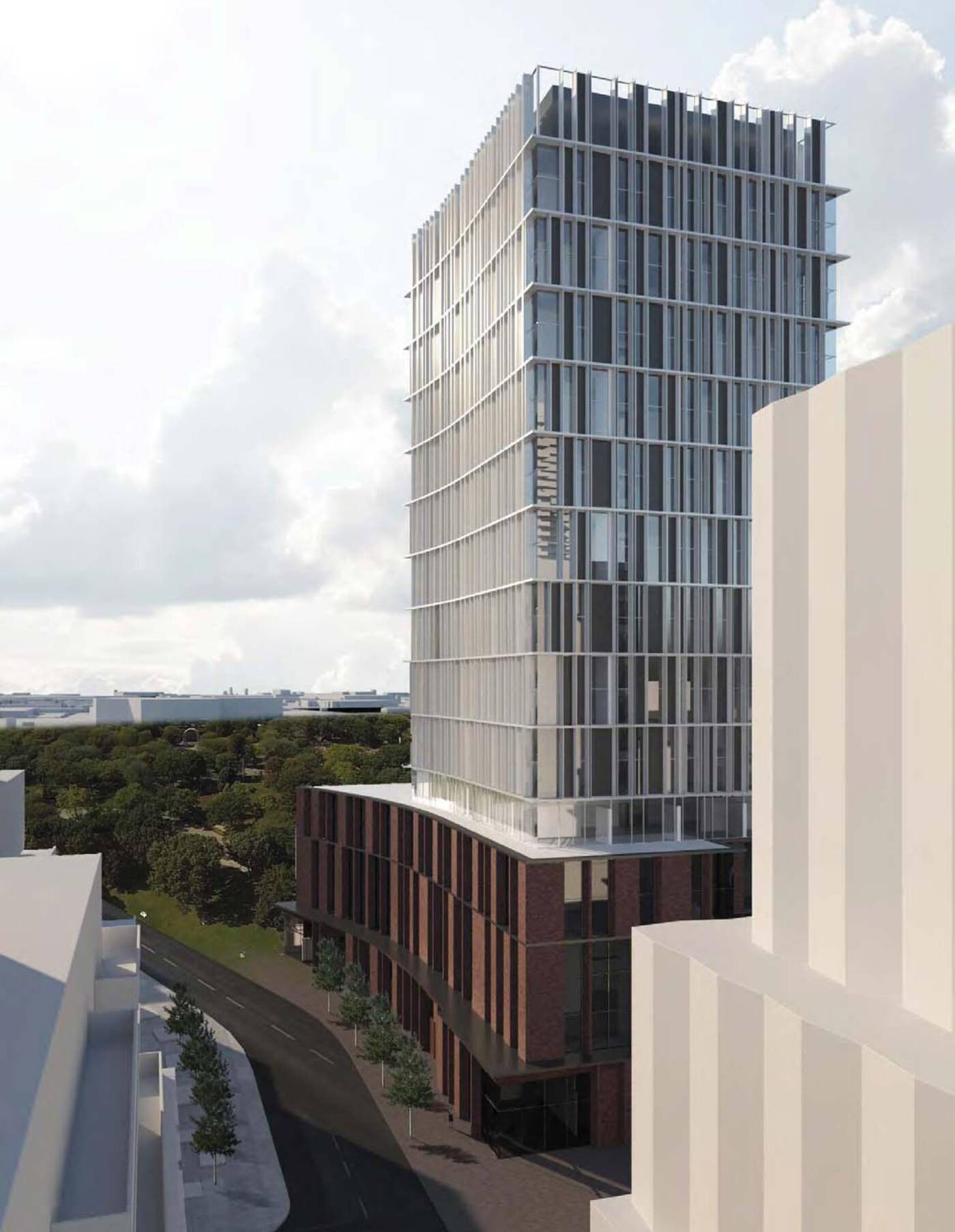 The third building is the tallest, and appears different from the other two. Image from Dream, Kilmer, and Tricon.

The development is designed by COBE Architects and architectsAlliance.

The project seems to be moving quickly through development planning stages at City Hall, so Toronto should expect these nice new buildings on the waterfront in no time.

by Staff via blogTO
Posted by Arun Augustin at 6:53 AM