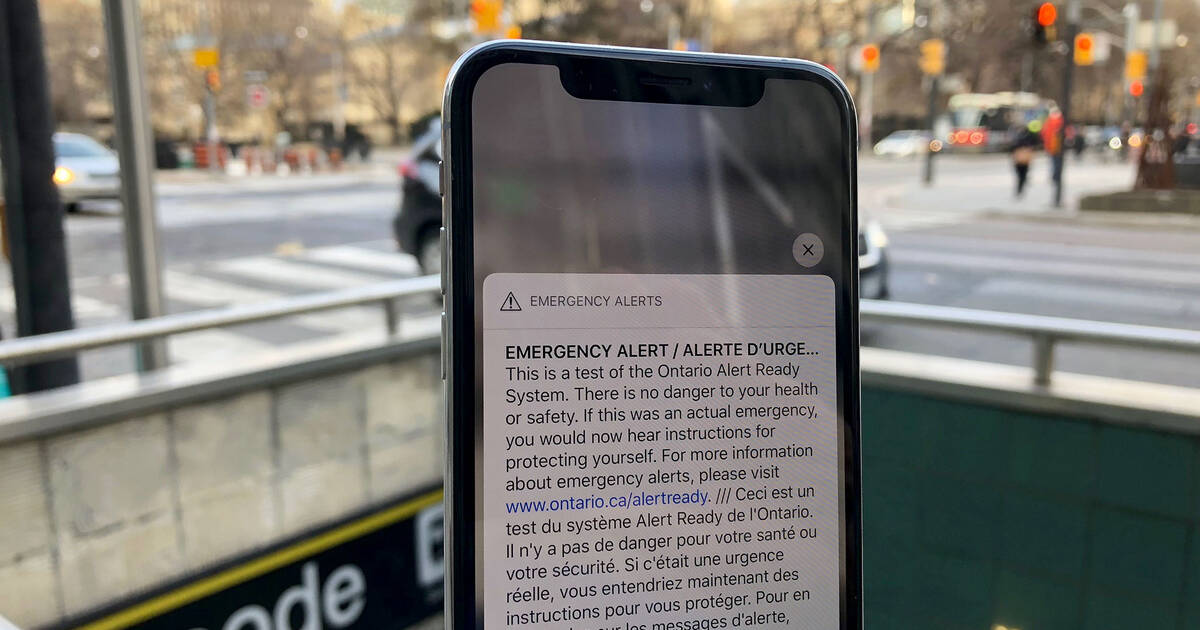 Did you just get a weird notification on your phone accompanied by one of the most terrifying sounds you've ever heard?

Congratulations! You've been chosen to survive in the event of a national emergency.

Just kidding. The Canadian government clearly wants everyone to be safe, should we (knock on wood) be faced with any sort of natural, biological, civil or alien-related disaster.

That's precisely why you, and hopefully everyone around you, got an Alert Ready notification at 1:55 p.m. on the dot this afternoon.

Did you just receive an emergency alert system test? #AlertReady

If you didn't get pinged, don't stress. This was only the second-ever test of Canada's national emergency alert system that went beyond TV and radio broadcasts to include cellphones.

Back in May, after weeks of hype for the first Alert Ready phone test, many people in Ontario were disappointed to report that they hadn't received anything either.

Things appear to have gone much better this time around, though, in terms of people getting the notifications, as evidenced by everyone freaking out on Twitter right now.

Or hear. Or breathe. pic.twitter.com/fAucHb6pJ0

As the wisest among us had already predicted, no amount of media coverage or forewarning could prevent today's jarring "beeeeeep" from scaring scads of smartphone owners.

That emergency "are your bowels working" test works like a hot-damn. #EmergencyAlert

Within minutes of the alert going out, both "#EmergencyAlert" and "#AlertReady" shot to the top of Twitter's trending topics in Toronto.

Many were proud to show off their own screens, especially given that this was the first real successful test of the wireless public alerting (WPA) system.

Others scrambled to find GIFs that could express what they were feeling.

Well THAT scared me to pieces!
And yes, I was expecting it!#AlertReady pic.twitter.com/2ai9GKpaqB

And it wasn't only people who had no idea the alert was coming. A lot of people fully knew and got spooked anyway.

Knew it was coming. Knew what time it was coming and it still scared the hell out of me just now. #AlertReady

Like I said, that air-siren alert tone is really scary.

Though fortunate that the emergency alert system works, I've never startled and scared as much as the horrifying noise this alert gives... Thanks #Ontario pic.twitter.com/bXQU4P0MfG

Those who are upset that they didn't get an alert should contact their wireless providers for more information, as per Alert Ready's instructions.

Everyone else can take comfort in knowing that they weren't alone in jumping out of their chairs this afternoon.