Toronto's neighbourhood of the future will include 40% affordable housing 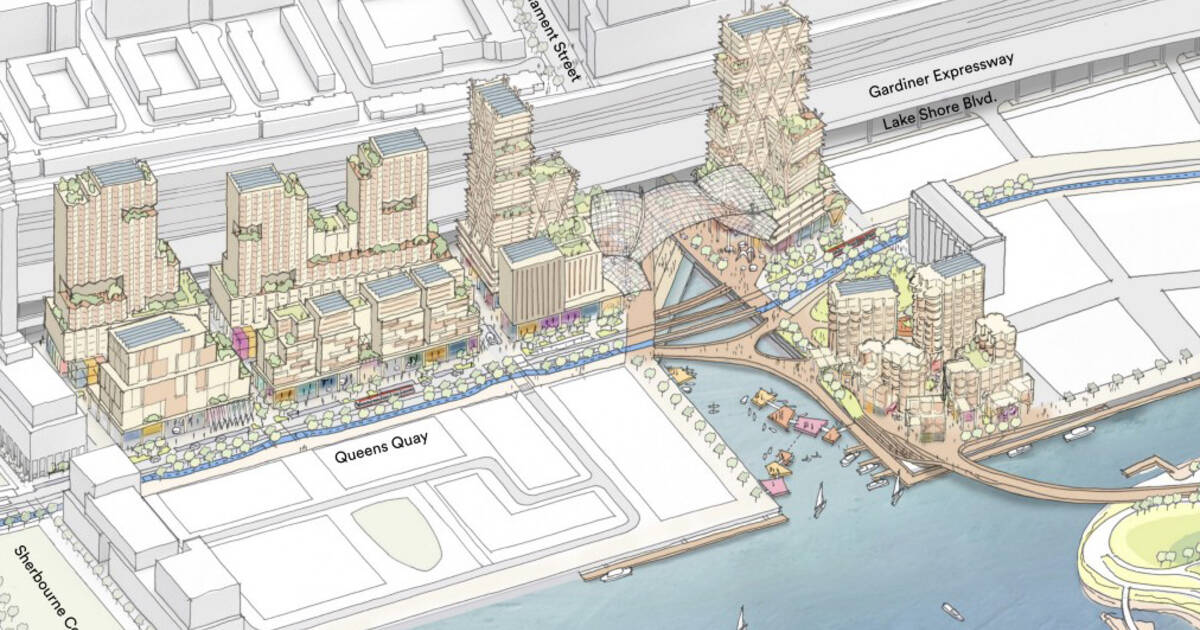 Sidewalk Labs just released its first draft plan for the futuristic mini-city it plans to build along Toronto's eastern waterfront—and if this is what an Orwellian nightmare looks like, well... pass the Ambien.

Quayside, as the forthcoming neighbourhood is set to be called, looks impressive on paper so far. Controversial data storage and intellectual property practices aside, it almost looks like the beginning of a perfectly inclusive and sustainable world. Looks like.

I'm glad to see Sidewalk Labs has released its initial proposal for Quayside – this will help shape the ongoing conversation about the future of this important site on our waterfront. pic.twitter.com/kQeG9VCjH7

"For starters, it won't be all condos," wrote the company's public realm and 307 director Jesse Shapins in a blog post announcing the proposal.

"We're proposing that Quayside be made up of 50 per cent purpose-built rental, 40 per cent below-market rate housing, including a minimum of 20 per cent affordable housing," he continued, "making sure that this community reflects the full diversity of Toronto."

In that vein, the California-based Google affiliate says it intends to address "the housing gridlock facing the city today" with new, ultra-efficient living technologies that optimize space.

Actual gridlock will be tackled with such innovations as waste-collecting robots, self-driving cars and underground truck tunnels, as well as by building exceptional bike, pedestrian and public transit infrastructure.

Shapins says that more than 9,000 jobs will be created during the construction phase of Quayside, with another 3,900 in office, retail, production and community expected to be located on site once the build is complete.

Also, all of the buildings at Quayside will be made of wood (or rather mass-timber, an increasingly popular style of development that's championed for its sustainability.)

A total of 12 mixed-use buildings are proposed in this version of the plan, all of them less than 30 storeys tall.

"This will be the greatest concentration of mass timber buildings in the world," reads a press release from Sidewalk Labs that also promises a 75 to 85 per cent reduction in greenhouse gas emissions, compared to standard developments.

Of course, few things ever happen as planned, and this is only the very first public draft of a much larger "Master Innovation and Development Plan."

That master plan, when ready, will be reviewed by all levels of government, Waterfront Toronto, Alphabet, and the public before it is approved and even then, it could take another three to five years to build after that.

We also don't know who's going to own all of this stuff, as The Canadian Press points out, so don't go penning love letters to your personal garbage robot just yet.

We're still only just scratching the surface of what this experimental 'smart city' will be, but you can give Sidewalk Labs your input at the organization's fourth public roundtable on December 8.

by Lauren O'Neil via blogTO
Posted by Arun Augustin at 10:25 AM