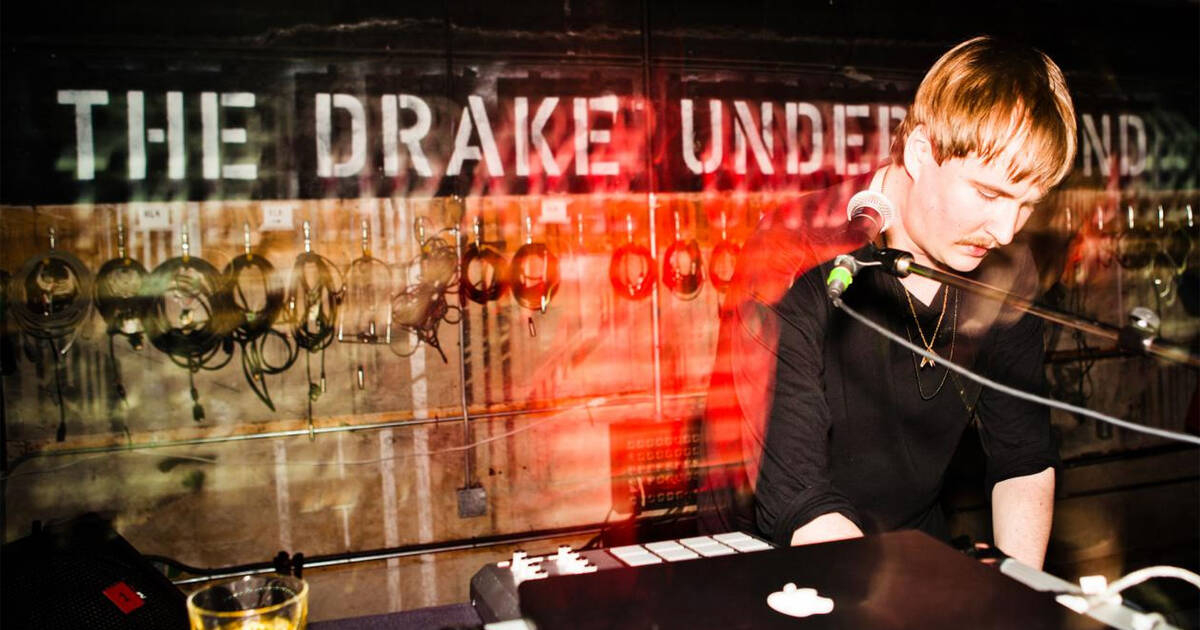 This week, Toronto is all about two things: holidays, and avoiding holidays. Kick off the week of festivities (or family drama) with some films, indulge in some comedy and games, and finish it off with a little burlesque. Anyway, how's your sex life?

The Matzoball (December 24 @ The Met)
From across the US to here in Toronto, The Matzoball transforms The MET into a Tel Aviv night club with music that slaps, visuals that bang, and multiple DJs cranking out top Israeli and party bangers.
DJ Nora Noise (December 25 @ Swan Dive)
Blow off all your pent-up Christmas steam with DJ beats and drink specials designed to get you tipsier than your uncle who just found out what Snapchat is.
What's in the Box 2018 (December 26-30 @ The Drake Hotel)
The Drake Underground’s annual five day music festival has something for everyone with live shows, house parties, and building wide takeovers.
Interstellar (December 26-30 @ Cinesphere)
Watch Matthew McConaughey enter a black hole in IMAX! The hit 2014 film takes on a new dimension when it's playing at the Cinesphere.
Holiday Boozy Bingo (December 27 @ Nightowl)
Embrace holiday togetherness with a fun game of bingo or at least holiday materialism with tons of prizes to be won at this free edition of Boozy Bingo.
The Square (December 27 @ Lillian H. Smith library)
Take a break from mindless holiday eating and feed your brain with the 2017 Palme d'or winner, a satirical drama about the place of the art world in contemporary society.
Light Up the Dark (December 27-30 @ Aga Khan Museum)
Aga Khan's gorgeous exterior comes to life with 3-D projections from their past year of museum programming.
Tinder Tales (December 27 @ The Rec Room)
This edition of the as-seen-at-Just for Laughs comedy show features the best comedians, storytellers, and performers of 2018 sharing their most hilarious & awkward dating stories to compete for a $500 Grand Prize.
Pajama Jam! (December 28 @ Glad Day Bookshop (Church))
Go clubbing in your comfies as you jam out with drag icons Pearle Harbour and Gay Jesus.
Disasterfest 2018 (December 28 @ Bad Dog Comedy Theatre)
The weirdest of the weird of alt-comedy, DisasterFEST is a night of strange and fantastic experimental comedy featuring Toronto's best comedians.
The Room (December 29 @ Imagine Cinemas Carlton)
Get your spoons ready for the big screen showing of this cult classic that will be sure to tear you apart.
DJ Skate Nights (December 29 @ Natrel Rink)
Sharpen your skates and soften your soul as you groove along to some classic soul music on the Harbourfront.
Royal Shakespeare Company Live (December 29 @ Hot Docs Ted Rogers Cinema)
See the Royal Shakespeare Company take on one of Shakespeare’s most modern and debated works, Troilus and Cressida, in an original production with a satirical futuristic twist, broadcast in cinemas from Shakespeare's home town.
Blitzkrieg Cabaret (December 29 @ The Dakota Tavern)
More than just the Threepenny Opera, an evening of music by German-American composer Kurt Weill is everything from From gritty German cabaret songs to opera to yes, glorious Broadway tunes.
Burlesque at Cherry Cola's (December 30 @ Cherry Cola's)
Cap off your 2018 transgressions with the Sinner's Soiree featuring a fresh lineup of gorgeous burlesque entertainers, drag and variety acts.

by Martha Stortz via blogTO
Posted by Arun Augustin at 12:30 AM