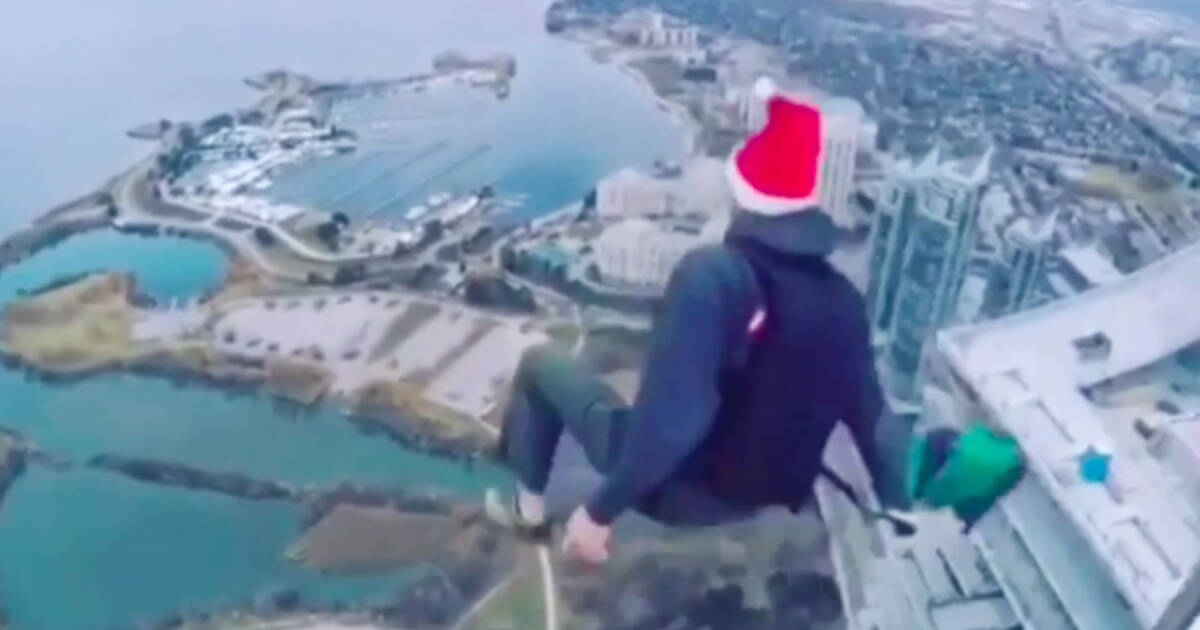 Don't try this one at home, kids, unless you want a stern talkin'-to from the cops and quite possibly also a horrifying death.

Video footage of a man BASE jumping from the top of a highrise in Humber Bay has been spreading like wildfire this week, prompting Toronto Police to remind us all that such behaviour could lead to criminal public mischief charges.

It's also become increasingly common, according to Constable Allyson Douglas-Cook, around the Park Lawn and Lakeshore area—which some extreme sports enthusiasts have reportedly taken to calling "Sky Dive Parklawn."

Someone was spotted base jumping from a #Toronto highrise https://t.co/oJOY8JmC0N pic.twitter.com/vuxgm4yxTI

"It is the city," she told CBC this week. "There are buildings, there are obstacles, and regardless of what someone's ability is, there is always that possibility for danger, things can happen."

Still, despite the risks, people continue to parachute and paraglide from tall, under-construction condo buildings and cranes.

The man seen in videos of the most recent stunt to get mass attention claims to have completed about 60 jumps with his friends over the past six months in South Etobicoke.

Here's another view of someone base jumping from a #Toronto highrise https://t.co/oJOY8JmC0N pic.twitter.com/HtubH2cwdE

Two videos posted recently by 6ixbuzzTV, which appear to be from the same BASE jumping session, have racked up more than half-a-million views together on Instagram alone this week.

In the second video, a man in a Santa hat is seen jumping from the top of an 850-foot-tall construction crane.

Both videos are credited on Instagram to Toronto PWC, a jetski rental and repair business, though the company has yet to post these videos to its own account.

by Lauren O'Neil via blogTO
Posted by Arun Augustin at 12:23 PM