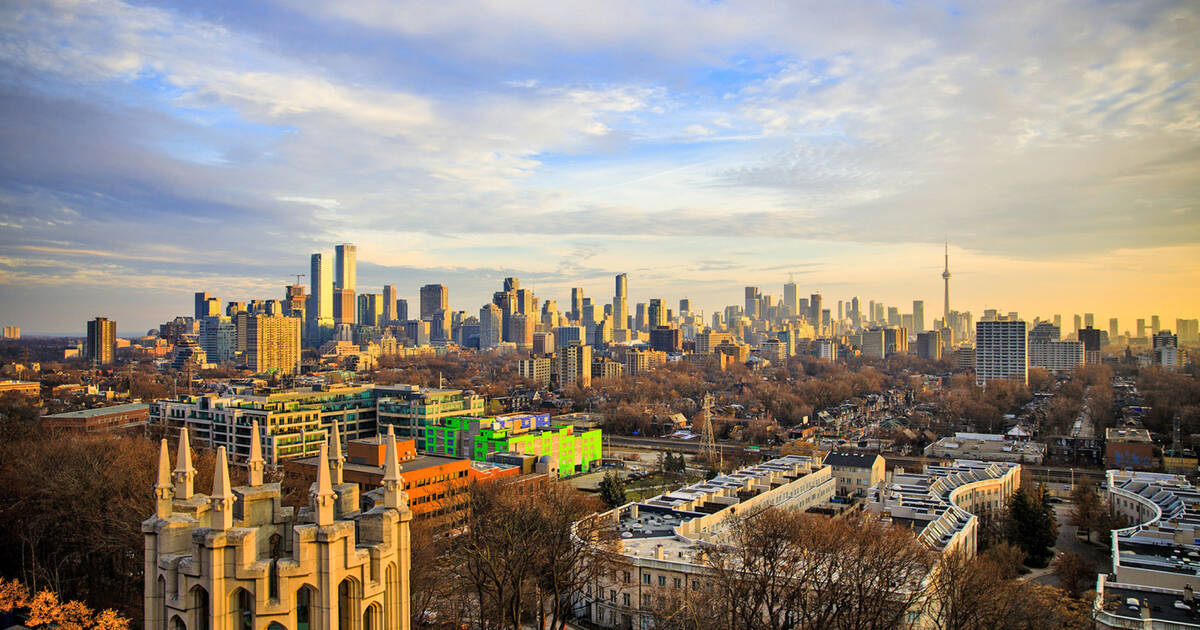 Toronto has been called a lot of things by a lot people over the past two centuries, but "Maple Valley" isn't one of them. And, judging by the sheer volume of hilarious clapbacks to a bylineless piece in the Economist this week, it never, ever will be.

Literally no one calls it Maple Valley. Just. Stop.

The prestigious British news magazine published an article on Wednesday detailing the mass exodus of Indian tech workers from the U.S. to Canada in light of new immigrant visa restrictions.

"What would induce a software developer to quit a good job in Silicon Valley and trade California’s sunshine for Toronto's wintry skies?" starts the piece, raising a valid (and slightly painful) question.

The answer, of course, is a country that champions diversity, an immigration system that rewards highly skilled workers, and a booming tech sector, where job vacancies are forecast to reach 200,000 by 2020.

Aside from being tagged with "migrating nerds," the story is relatively inoffensive — until the very last paragraph:

"It is one thing for Canada to attract disaffected immigrant tech workers from Silicon Valley," it reads. "Now Maple Valley, as some call it, must make it worth their while to stay."

One writer calling Toronto “Maple Valley” does not equal “some.” I have never heard anyone in Canada call it that.

Maple Valley? As some call it? What are we to you, Economist writers? A cereal brand? Discount outerwear for dads who like to fish? A type of granola bar?

Was a long-time resident of Maple Valley, I invite all technoose felk to our country. Our froo health cafe and modern poutiniversities produce spudents at the moosefront of hockeyficial intelligence.

"Maple Valley" does exist in Ontario. Several times over, in fact: As horse ranch, a landscaping firm, an RV park and even some land in cottage country.

"Maple Valley, Ontario is the name of two communities in Simcoe County, Ontario," reads a freshly-updated Wikipedia entry for the latter. "It in no way refers to Toronto as a whole, nor to the tech sector of Toronto."

Indeed, save for one 2017 news mention—also in The Economist—nobody has referred, on record, referred to Canada's version of Silicon Valley as "Maple Valley." Ever.

I searched for “maple valley” and “Toronto” and the only result related to tech was... an Economist story from 2017. Stop trying to make it happen.https://t.co/LCElr7Enc9 https://t.co/pxMYOeyx2U

Take it from locals who are straight up eviscerating the 175-year-old London-based weekly right now on Twitter.

Storytime For Grandpas, as some now call The Economist, is lying about what people call Toronto

"Maple Valley, as some now call Toronto, is attracting disaffected tech workers from America," reads the Economist's now-viral tweet, which was published on Thursday.

"Did you know that people in Maple Valley call The Economist 'The Red Rectangle'?" joked another.

Number of people who refer to the Toronto region as Maple Valley: 0

Number of people who has ever even heard someone refer to the region as Maple Valley: Also 0 https://t.co/PVgEsc6zWu

GIFs from the film Mean Girls are popping up all over The Economist's replies, and not even because the film was shot in Toronto.

By "some" you mean "people at the Economist". Calm down, Gretchen Weiners. pic.twitter.com/ViqmlnDmOM

by Lauren O'Neil via blogTO
Posted by Arun Augustin at 7:44 AM