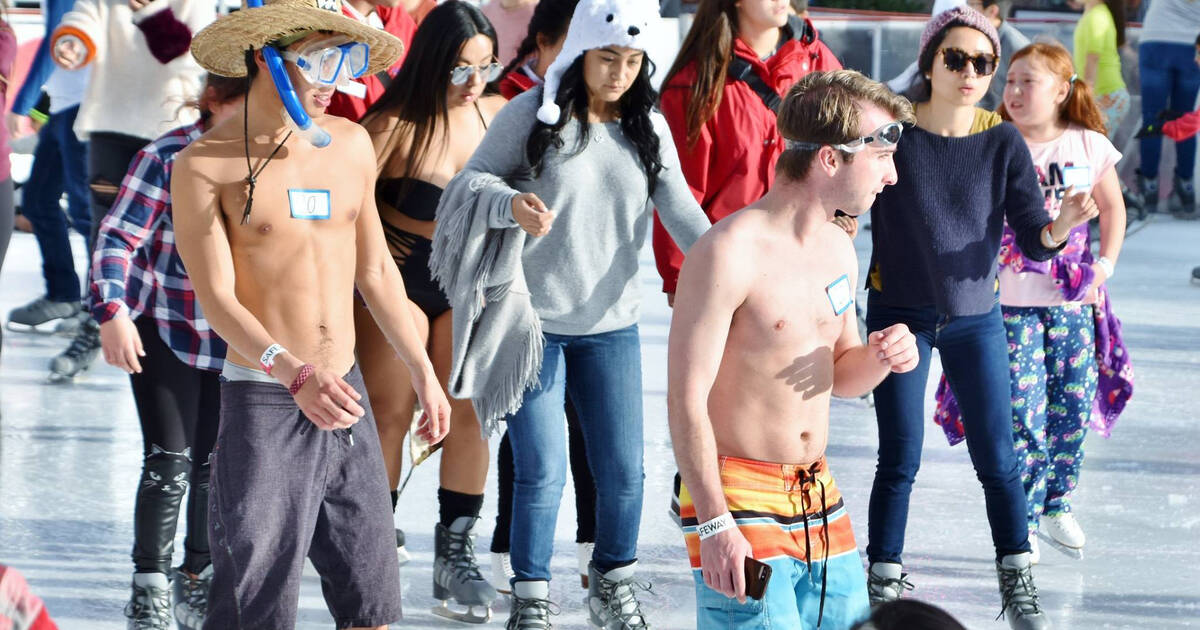 Free events in Toronto this week might get a little nippy as The Bentway hosts a Polar Bear skate on its newly opened figure-eight trail. Elsewhere, DJ Skate Nights is back with a night of soulful tunes and the Aga Khan is screening highlights from this year's exhibitions.

First N Third Pop-Up Party (December 27 @ Knxwlove Gallery)
A night of local talent is on at this PWYC/$5 party that recreates a speak-easy environment with performers, DJs and vendors inside the gallery.
Aga Khan Museum Lights Up the Dark (December 27-30 @ Aga Khan Museum)
The Aga Khan is lighting it up with a retrospective from this year's exhibitions being projected on to the side of its walls on its beautiful grounds.
DJ Skate Nights (December 29 @ Natrel Rink)
Back again is this big skating party by the waterfront with a night of R&B and soul-infused music courtesy of Soul Kitchen's DJ Lissa Monet.
The Bentway Polar Bear Skate (December 30 @ The Bentway)
Swim trucks, bikinis, underwear and whatever else is welcome at the inaugural Polar Bear Skate at the newly opened Bentway skate trail.
!Viva la Rev! (December 30 @ La Revolucion)
The laughs are on in the Junction at this PWYC comedy show featuring local comedians looking to wrap up the year with a night of good cheer.

by Lisa Power via blogTO
Posted by Arun Augustin at 5:44 AM