TTC bus gets top taken off by tunnel 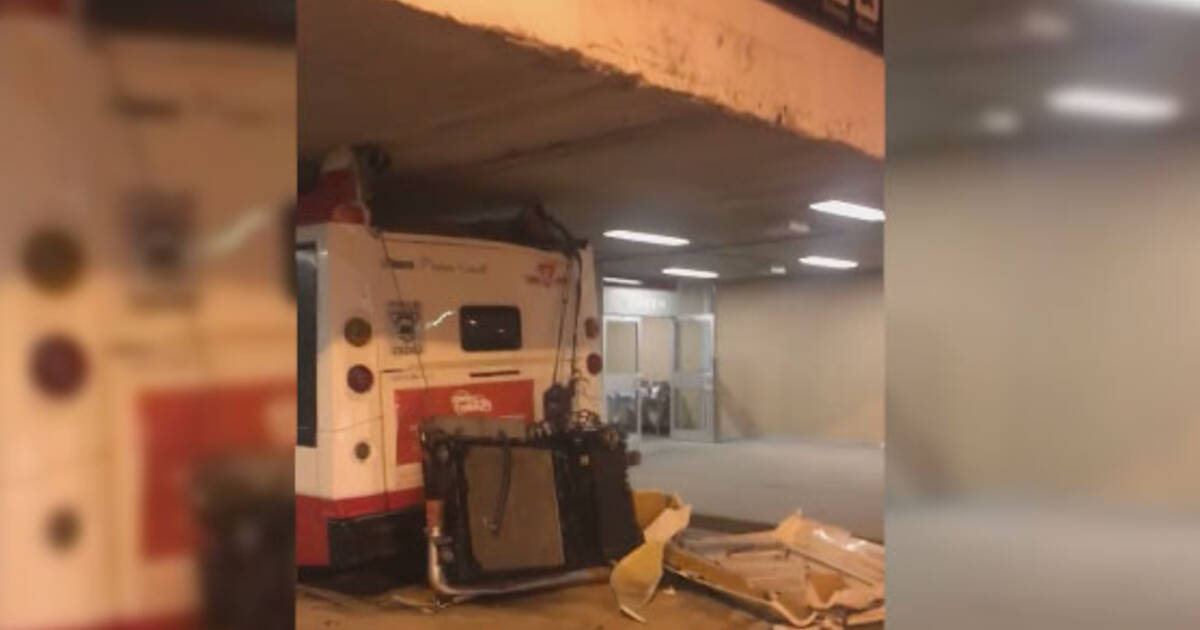 A TTC bus is in rough shape today after getting lodged between the floor and ceiling of a passenger pick-up and drop-off area at Warden Station.

The incident took place around 10:30 p.m. on Wednesday night, according to TTC spokesperson Stuart Green, with two customers on board.

"Fortunately no one on the bus was injured and there was no structural damage to the station," says Green. "As is standard with matters like this, we conduct a review and will take appropriate action once that review has concluded."

One video shot shortly after the incident took place shows vehicular debris hanging from the bus and and lying on the ground behind it.

"I think you're taller than 2.9 metres, but you made her fit" says someone behind the camera in what's being described as an "epic Canadian accent."

Additional clips posted to Facebook show Toronto firefighters surveying the damage while walking around the bus.

"Warden Station, TTC bus tried to drive through the tunnel and got stuck!" sings the person filming those videos in one clip. "Dumb [rhymes with stuck]!"

by Lauren O'Neil via blogTO
Posted by Arun Augustin at 1:53 PM