Toronto is in for a wet and messy New Year's Eve 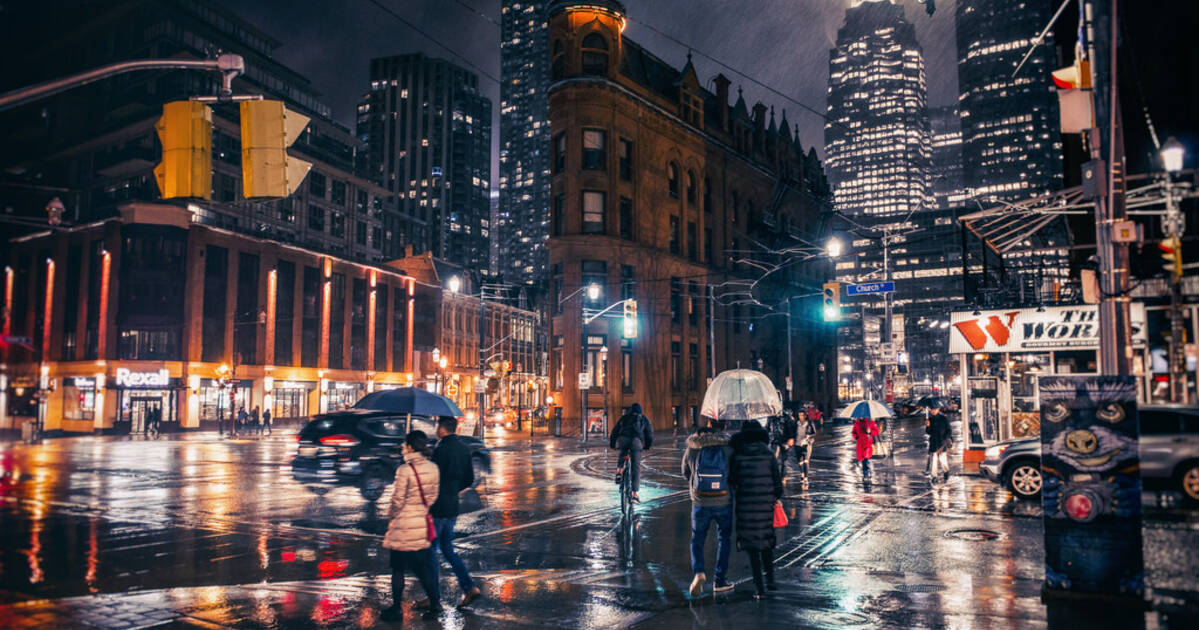 You might want include an umbrella in tonight's ensemble, if you're heading out for New Year's Eve. That, or get to where you're going early (like, 3 p.m. early) and stay inside until the ball drops.

A significant storm system is rolling into Southern Ontario right now, according to the Weather Network, bringing with it a "messy mix of rain, snow, and wintry precipitation."

Fortunately for your footwear options, Toronto should only see the rain part of that fun weather trio after reaching a high of 4 C on Monday afternoon.

It'll feel like -2 C this evening, if meteorologists are correct, but with an actual temperature of 3 C it won't be cold enough to do anything but rain out there. And rain it will.

A snapshot of what NYE travel plans could have in store for you in Ontario. Messy mix of rain, freezing rain & snow. PLUS This system comes barreling in right around the time you want to head-out to travel to your NYE plans. Stay Safe!! Plan ahead! @weathernetwork pic.twitter.com/Gv9FR0tXRT

Showers are expected to begin around 3 p.m. this afternoon, with the heaviest rains to fall between 6 p.m. and 10 p.m. By 1 a.m., however, forecasters are calling only for cloudiness—so getting home from the party might be a bit easier than getting there.

Strong winds are inevitable, but Toronto should be spared the truly nasty storm-like weather headed for everyone between Windsor and Hamilton, where special weather statements are in effect.

Things could change at the drop of a hat, of course, with two competing weather systems moving into the province.

So... if you really want to play it safe, plan for Chinese food and champagne on the couch. Or just go out and buy a cute umbrella. It's NYE. Treat yo'self.

by Lauren O'Neil via blogTO
Posted by Arun Augustin at 7:04 AM