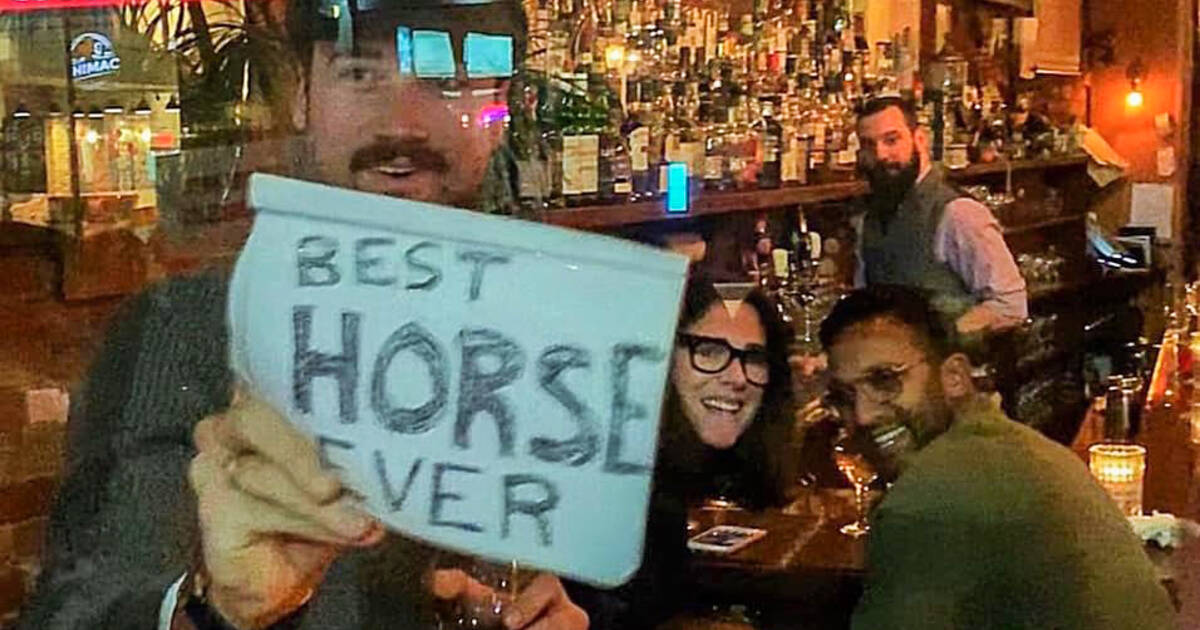 No amount of hunger can justify literally eating a horse, in the eyes of animal rights activists.

I mean, same goes for every other living creature on the planet, but we're talking about horses today—and specifically about horse meat being served at one of Toronto's most-popular French restaurants.

A group called the Grassroots Anti-Speciesism Shift (you may remember them from the Antler restaurant saga) has taken up issue with the restaurant for this reason, and for "openly mocking animal right's activists efforts to speak up for animals."

"While some are touting 2019 as the year of the vegan," writes GRASS in a media release, "customers and even staff at La Palette created counter signs (BEST HORSE EVER) they offered up to the protesters." 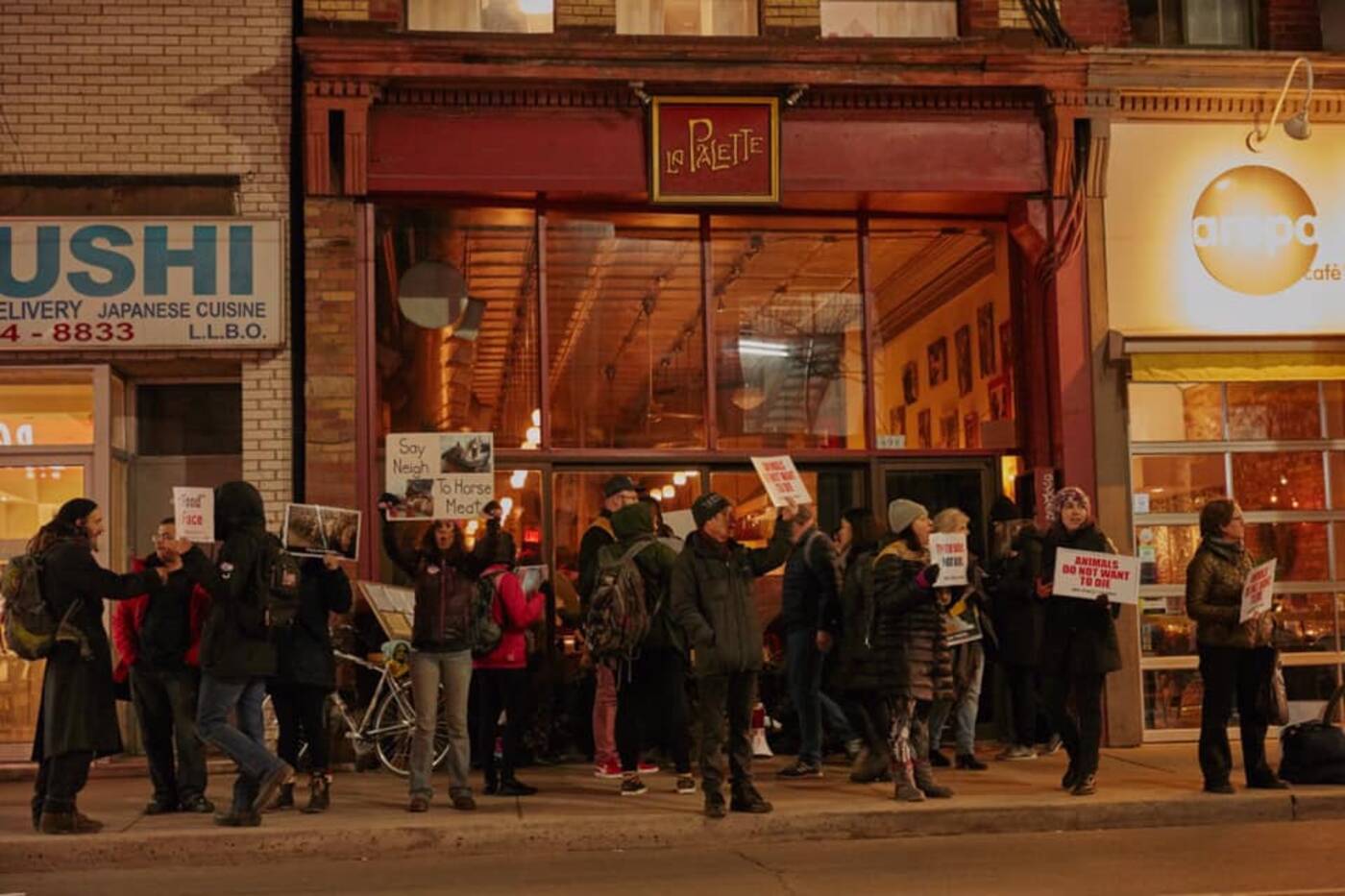 Protesters have gathered outside La Palette twice over the past month to protest its support of the horse meat industry. Image via GRASS.

Led by activist Marni Jill Ugar, the protesters have now staged at least two demonstrations outside the business, most recently on Friday night, to educate diners and show them video footage of horses at a slaughterhouse.

"A waitress came out with a sign that she changed from 'I love duck' to 'I love dick.'," writes Ugar of the Friday night protest.

"Vegan mocking is common, way easier to laugh at us than to face the cruelty (La Palette serves foie gras)," she continues. "People seem to conveniently lose sight of the victims: The animals, not the activists." 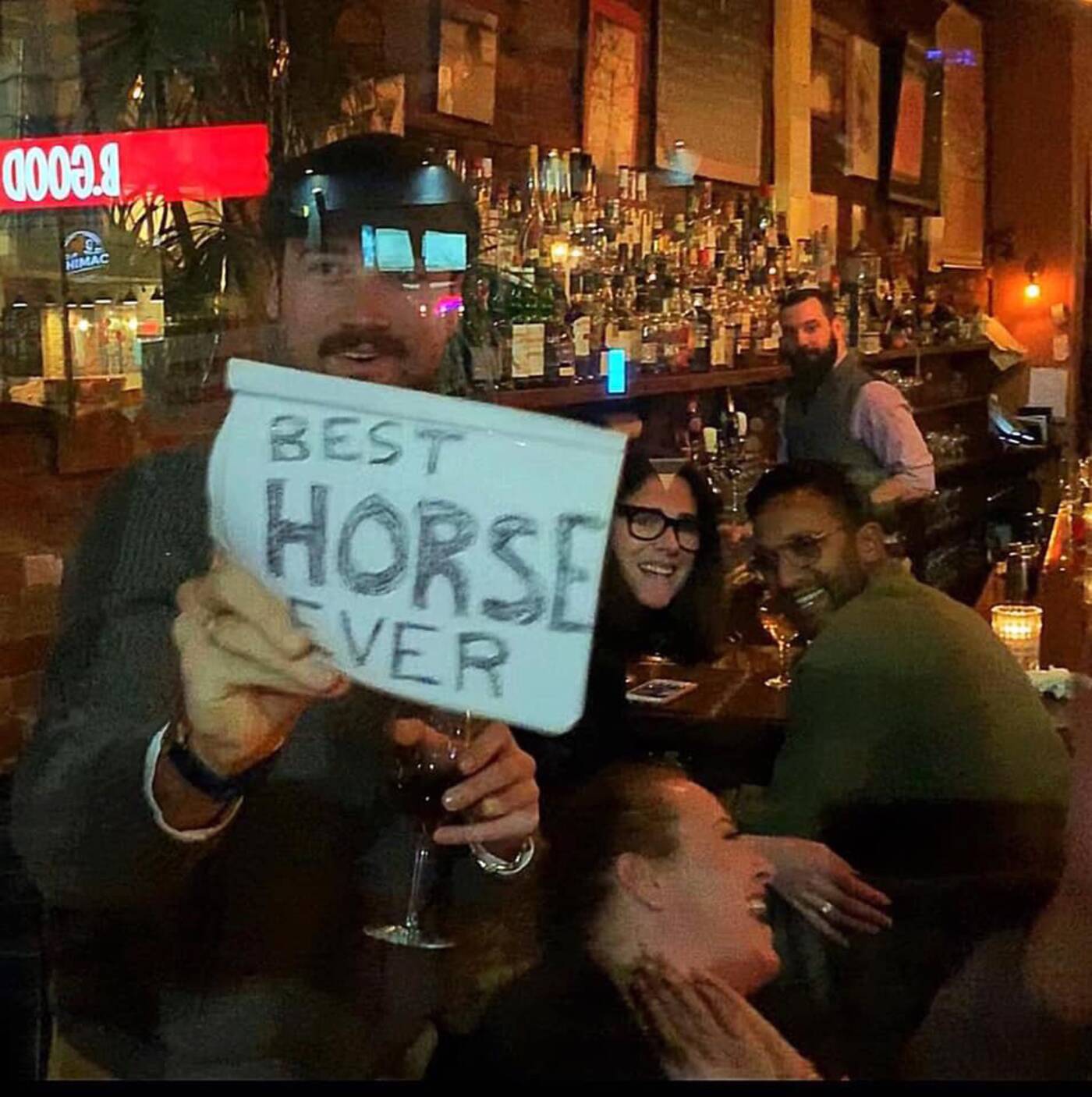 Ugar says that she spoke to the restaurant's owner, who came out twice during the protest, first to express his anger and then again to say that his wife is vegan and discuss the issue with protesters.

"He said the horses he gets lived a full life racing or pulling carts for Mennonite people," writes Ugar. "I told him after years of being exploited the thank you they receive at the end of their lives is being shoved onto a slaughter truck."

"Race horses are pumped full of hormones," she adds. "Something those eating their flesh while laughing at us might want to consider."

Wherever the discussions landed, it's likely this won't be the group's last protest outside La Palette. Even after they inadvertently helped Antler and Chef Michael Hunter go viral, they continued to protest the Dundas West wild game restaurant for months.

"Some call us angry vegans, some call us privileged vegans, if you were the animals what would you want people to do for you?" writes Ugar. "Currently most people's comfort zone includes animal exploitation, how can comfort include torture and exploitation?"

Now there's some food for thought.

by Lauren O'Neil via blogTO
Posted by Arun Augustin at 1:34 PM