No Frills dumpster overflows with frozen food after power outage 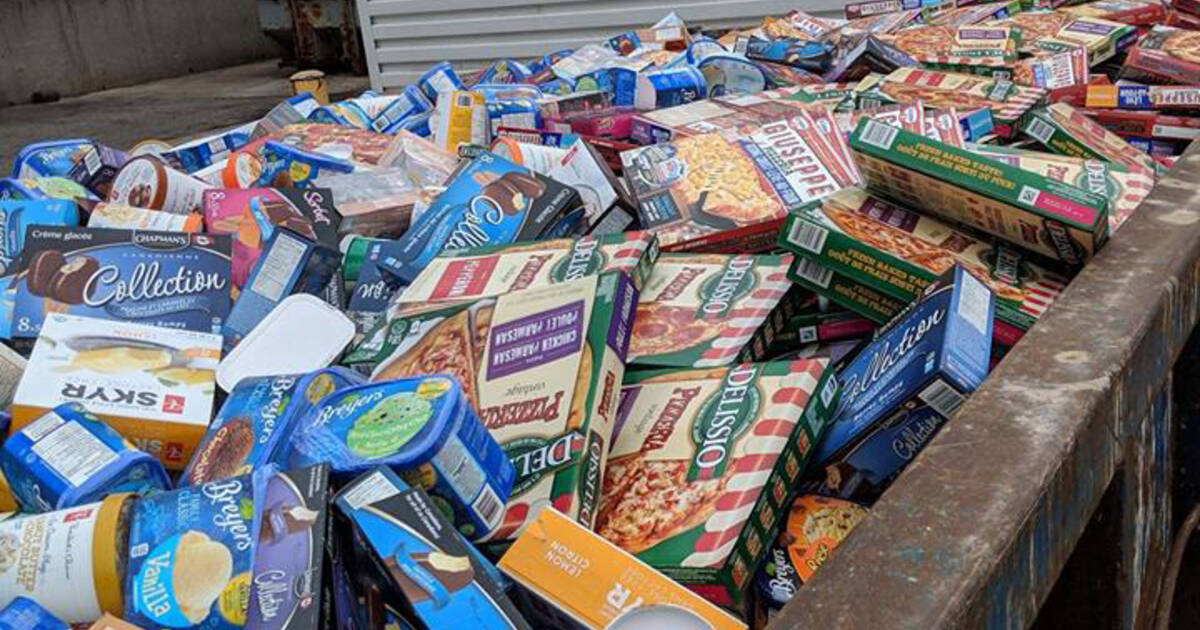 A No Frills discount grocery store in Toronto is at the centre of a Facebook shame campaign this week after someone found two huge garbage dumpsters behind it filled with perfectly good food.

Once perfectly good food, I should say. At this point, the entire situation is probably just raccoons swimming in melted ice cream while rats chew through the boxes of rotten Hungry-Man dinners.

"Can someone explain why the dumpster behind No Frills on St. Clair is full of frozen products when many are going hungry or can't afford these items?" asked local resident Jeannine Marinier on Thursday in a closed Facebook group for Hillcrest Village, Humewood and Wychwood.

That post was further amplified when someone posted a screenshot of it to the popular Bunz Trading Zone group, which, to be fair, has become known for members who get riled up over such injustices.

"There are starving families all over the city and this store just chooses to DUMP all of this food in the GARBAGE?" wrote one commenter there. "Sickening."

"This is 100 per cent of grocery stores all the time," wrote someone else. "How are people not aware this is going on? Grocery stores are the mass producers of waste in this world... it's disgusting!" 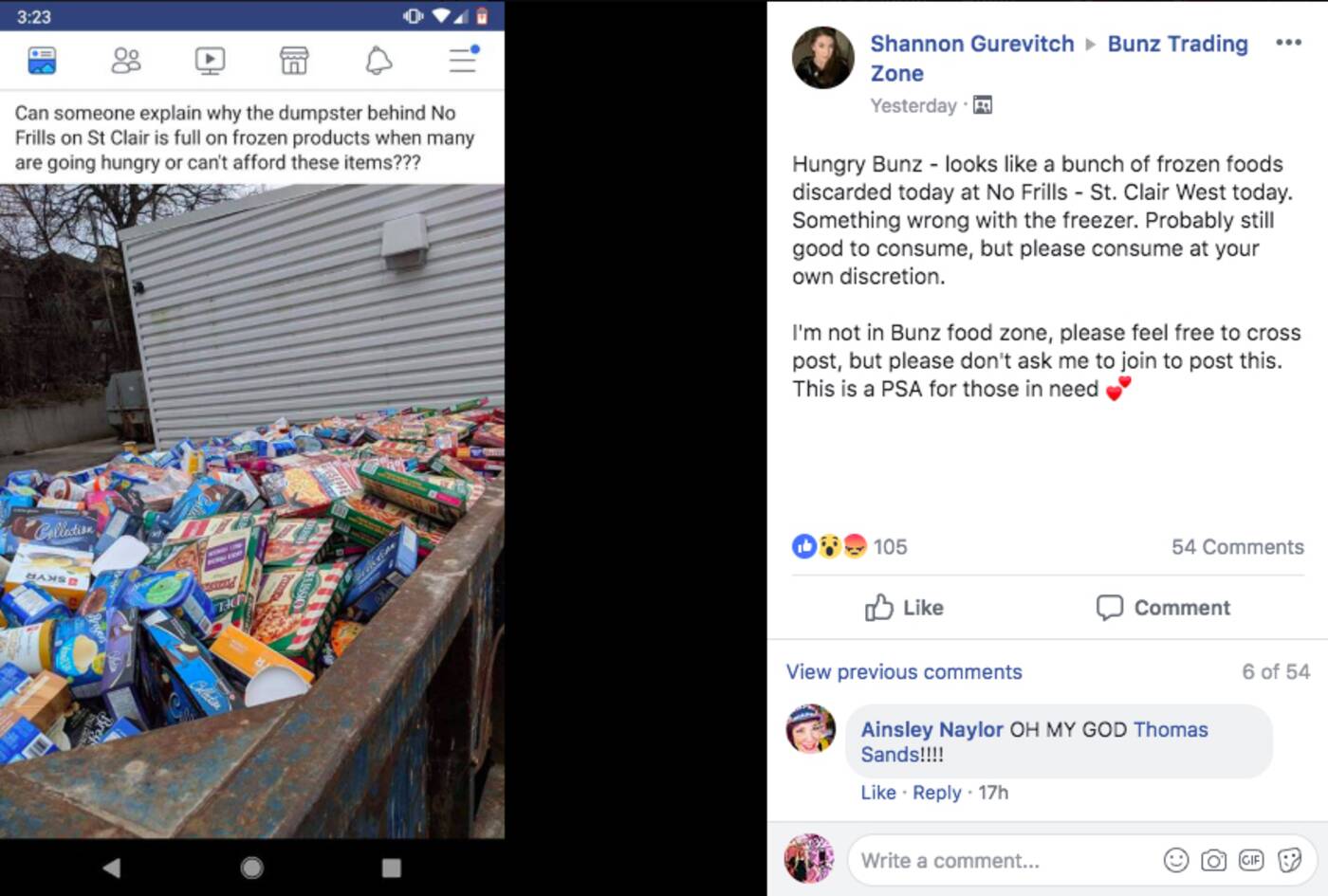 Many of those who saw the dumpster photo on Facebook reacted with anger. Image via Bunz Trading Zone.

Many others in both Facebook groups cautioned people against rushing over to either eat the food or donate it to those in need, as there could be a valid, safety-related reason for its location in the dumpster.

Those people were correct, according to the store's parent company. Loblaw told City News on Friday that the majority of freezers at that particular No Frills location had lost power on Christmas Day.

The freezers were fixed, but not in time to ensure that everything within them would be safe to refreeze and sell.

"We have very strict food safety protocols in place for theses types of of situations and always put the safety of our customers first," said the company in a statement.

"While we understand the concerns raised about food waste, the store owner did the responsible thing by disposing of the food."

So look out if you happened to take advantage of the offload to pick up some unfrozen frozen pizzas.

by Lauren O'Neil via blogTO
Posted by Arun Augustin at 3:18 PM