The top 35 new restaurants in Toronto by neighbourhood 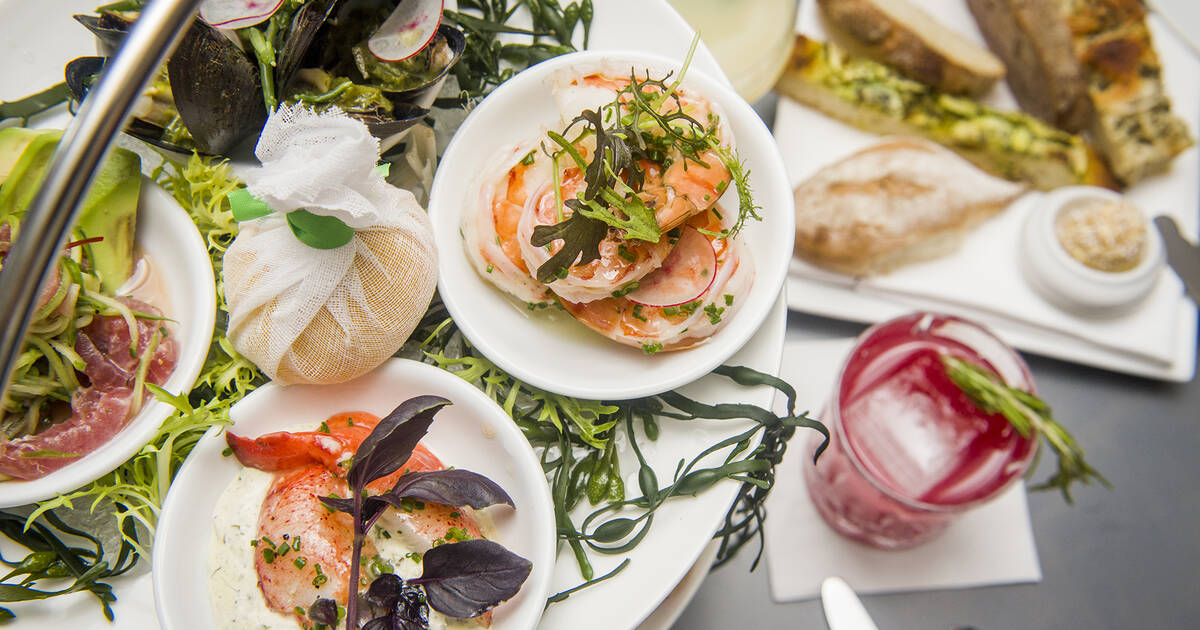 New restaurants pop up in almost every neighbourhood in Toronto each year, at a rate that can make it difficult to keep track of them all. Check out this handy-dandy guide to what’s recently opened in every corner of the city to make sure you’re not missing out on the newest hotspots in the areas you frequent most.

Here are my picks for the top new restaurants by neighbourhood in Toronto.

Hand roll bar Omai killed it this year with their softly romantic interior and personal service, the menu filled out by Asian dishes and sake.

Brunch spot Sophie’s Kitchen is now knocking the classics out of the park in this part of town.

Moody spot Seoul Shakers finally opened up where Holy Oak used to be, with a kitchen headed by the same person behind Pinky’s Ca Phe and Hanmoto pumping out the snacks.

This neighbourhood bid goodbye to steakhouse Branca, but in its place obtained Viaggio: a precious Italian joint from the people behind The Commodore.

Beer Batter is this neighbourhood's latest destination for some great fish and chips.

Longslice now has a home in this neighbourhood in the form of The Aviary, a beer hall pouring their craft draft and serving Cracker Jacks and burgers.

This area wants more Greek like Christopher Walken wants more cowbell, and they got it with Soula's.

Toronto has been introduced to bi-coastal cuisine by City Betty, seasonal plates dreamed up by a chef formerly cooking at Farmhouse Tavern.

Molecular tapas at Madrina are now wowing visitors to this historical neighbourhood.

Butter chicken bao can now be found at Mantra, along with Indian-style high tea.

Paris Paris is now the place to be all day long in this area, with a huge menu of wine and food that goes great with it.

The upper floor of Toronto's Momofuku outpost has transformed into Kojin, a Colombian-inspired ode to the hearth doing steaks and burgers.

Harry's is one of those special places that doesn't open every day. A plush time warp with an open grill that recalls the steakhouses of yesteryear.

Rosalinda now serves up vegan Mexican fare and mocktails in this fast-paced neighbourhood.

Nashville hot chicken hit this neighbourhood in 2018 at Chica's Chicken.

Ozzy's Burgers threw its hat in the hamburger ring this year, topping halal creations with onion rings, pineapple, jalapeno, you name it.

Wynona now serves seafood and wine with little fuss in this high-ceilinged space.

Bestellen transformed into Giulietta this year, swapping out the meats in their transparent fridge for produce and aperitivo.

An eye-catching interior and hand rolls served at a central bar set new restaurant Narami apart from other sushi joints.

Momos, thali and bento boxes at Yak Cafe are a bright new addition to the vast array of Tibetan cuisine available in this area.

Italian is elevated and served alongside picturesque cocktails at the new Bar Altura.

Cambodian food can now be feasted upon in Toronto at the newly opened Tuk Tuk Canteen.

From the set of artisanal house breads to start, to the stunning desserts to finish, the creative, ever-changing menu at FK adds new sparkle to this strip.

Tasting menus of mind-bending illusions at Frilu change over completely with the seasons.

Le Swan has transformed a legendary local diner into a classy French joint.

This neighbourhood welcomed boutique hotel Anndore House to the area this year, and ground floor restaurant Constantine along with it, serving food breakfast til late.

Alobar is a new extension of the Alo family, continuing the tradition of refining bistro fare seen at previous restaurants Alo and Aloette.

by Amy Carlberg via blogTO
Posted by Arun Augustin at 8:13 AM