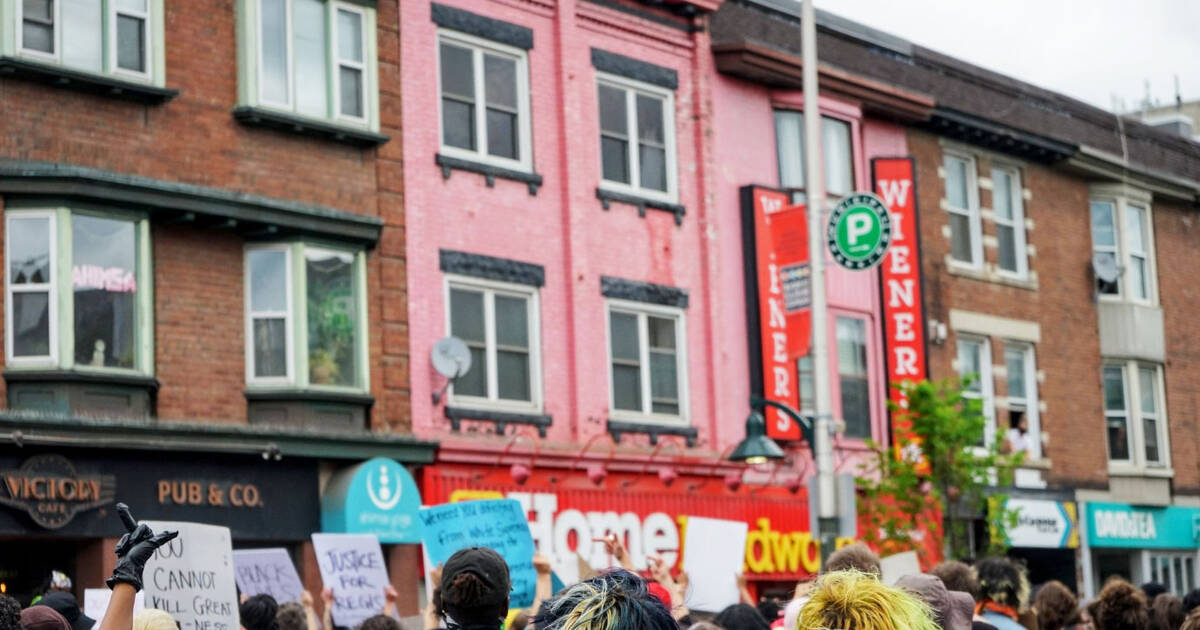 Protesters marching on Bloor Street West yesterday for Regis Korchinski-Paquet had bleach thrown on them from an upper floor apartment.

The bleach was thrown from the window of an apartment at 436 Bloor Street West above a Home Hardware.

This dude pours water on protestors. Racism is alive and well in Canada. #torontoprotest pic.twitter.com/rx2A29DwWP

Photos show an angry crowd of hundreds of people below. Video shows a huge bucket of liquid being thrown out of a window which quickly shuts and protesters shouting in opposition from the street afterwards.

436 Bloor St W in Toronto the man who lives up there took it upon himself to walk toss a bucket of bleach on protesters today so if anyone feels like paying him a visit 🤷🏻‍♀️ pic.twitter.com/9rEK08DJ7V

At first, protesters even thought what was actually bleach might have just been water, but those splashed below are saying that it was in fact bleach.

I was there when it happened. This man is disgusting. pic.twitter.com/tEdTvcuGqp

While bleach is a dangerous and harmful substance and a huge amount was hurled out the window, social media reports indicate that no one was directly hit or seriously hurt by the attack.

I don’t think anyone got directly hit. It splashed on me a little bit. Someone hurled an orange at the window after tho. Hopefully he didn’t do it again later. Thanks for sharing.

Apparently someone threw an orange at the apartment window after the bleach was poured.

we were walking with the crowd down the street, he opened his window to yell at protesters and that is why we all stopped initially, then he came back with the bucket.

People are also reporting on social media that initially a man in the apartment came to the window to yell at protesters, which is why they had stopped outside the apartment before the bleach was thrown.

Yesterday's protests were peaceful overall, with no escalation to violence from the participants.

by Amy Carlberg via blogTO
Posted by Arun Augustin at 12:48 PM