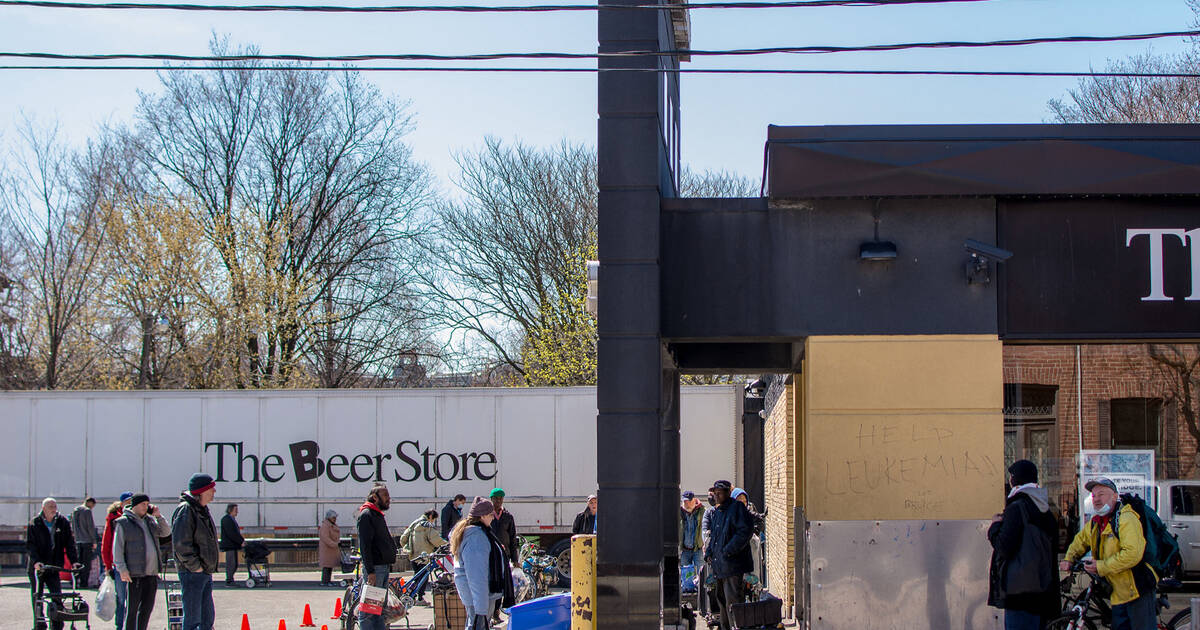 Businesses across Ontario should be allowed to refuse service to anyone not wearing a face mask, said Premier Doug Ford today.

"Any business has the right ot refuse anyone, that's their business," said Ford to reporters at a daily briefing.

"I highly, highly encourage that people put on a face shield."

Legally, it's not mandatory for people to wear face masks while they're out and about in the city, but as of two days ago, it's been officially recommended by health officials in both Federal and Provincial governments.

Ford and Ontario's Health Minister Christine Elliott announced new guidelines on Wednesday that included making non-medical masks part of our daily routine, and how to properly wear them.

Those taking transit, in particular, have been strongly urged to adopt the habit if they haven't already.

New law requiring face masks to be worn in Ontario? Today @fordnation said "any business has the right to refuse anyone -- that's their business."
But that's not the law. New laws by royal decree invented in a press scrum haven't been constitutional since Henry VIII. #RuleOfLaw pic.twitter.com/CXk8TXSz39

But as of right now it's not legally required — in fact, it can't technically be enforced in public spaces, and it's certainly not allowed for stores to bar customers entry either.

The Canadian Civil Liberties Association came out shortly after Ford's presser today to call out the Premier's unconstitional statement.

"But that's not the law," said the CCLA. "New laws by royal decree invented in a press scrum haven't been constitutional since Henry VIII."

Under the Ontario Human Rights Code, the definition of what really constitutes a face covering would be murky, unless visitors are paying members of businesses like Costco or golf clubs, which are capable of more clearly dictating rules to their patrons.

That being said there are plenty of grocery stores politely asking their customers to don a face mask while shopping inside, even providing people with disposable ones if they don't have their own, in the case of local grocers like Koreatown's PAT Central.

That being said, there are plenty of Toronto businesses selling non-medical face masks, so you should probably get one if you don't have it already.

by Tanya Mok via blogTO
Posted by Arun Augustin at 6:48 PM