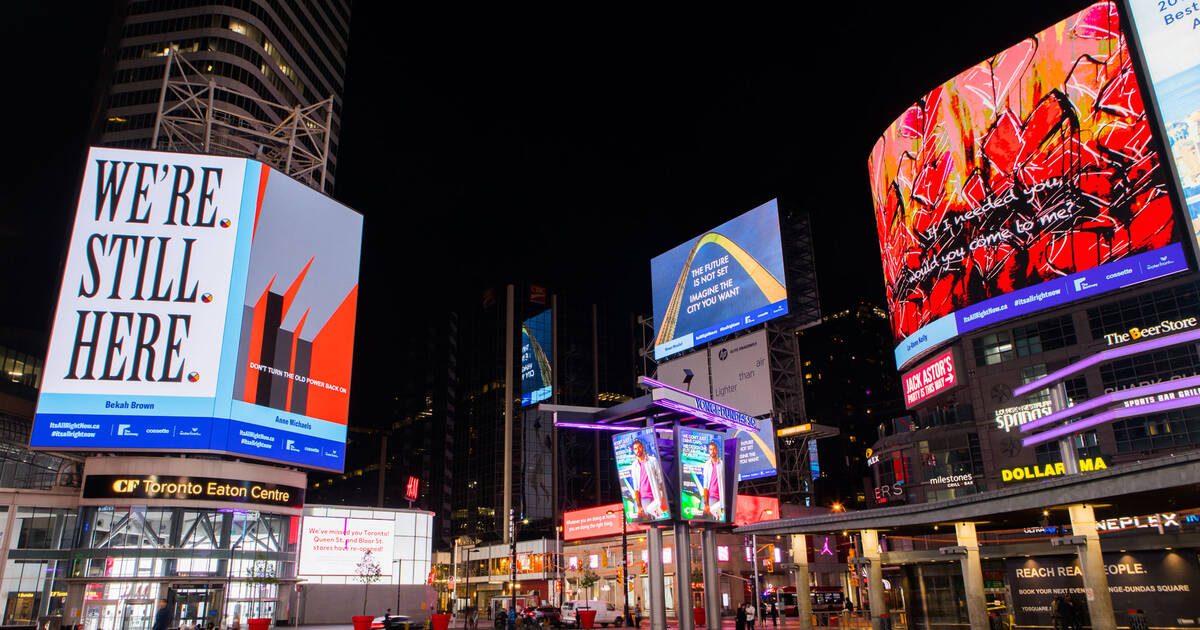 No one in Toronto is really looking at billboard ads these days, so why not turn them into art?

The same people behind The Bentway have just launched a massive public art project, and the citywide endeavour is utilizing some of the most prominent digital billboards in the city to get introspective about existing in the pandemic age.

It's All Right Now, a Toronto-wide scheme from The Bentway Conservancy, just launched on Monday, and it's turning digital billboards into canvasses for more than 20 Toronto-based artists answering the question: What words are you living by? 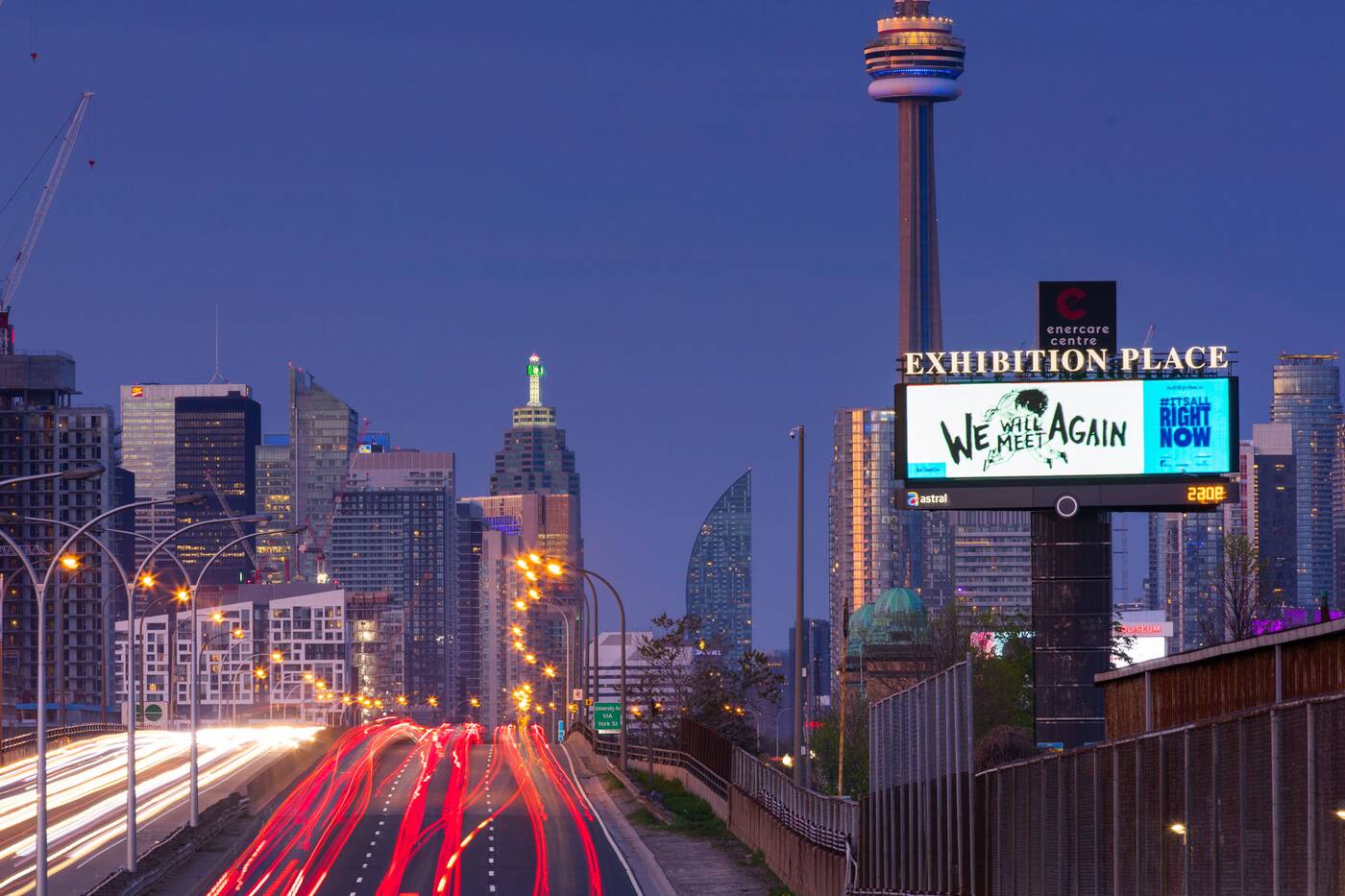 "Ultimately, the project invites Torontonians into a larger collective dialogue, perhaps even catharsis," says The Bentway.

It's All Right Now will continue to unveil more signs until June 20.

If you can't make it to the site, you can also catch all the artwork being showcased on the side of a video truck, which will drive around Toronto's Waterfront and nearby routes this weekend and the next. Or you can just check them out online.

The Bentway also says that they'll be doing "wild postings" of art around ciy streets, including on civic landmarks, and along the Gardiner and Waterfront from June 1 to June 21. 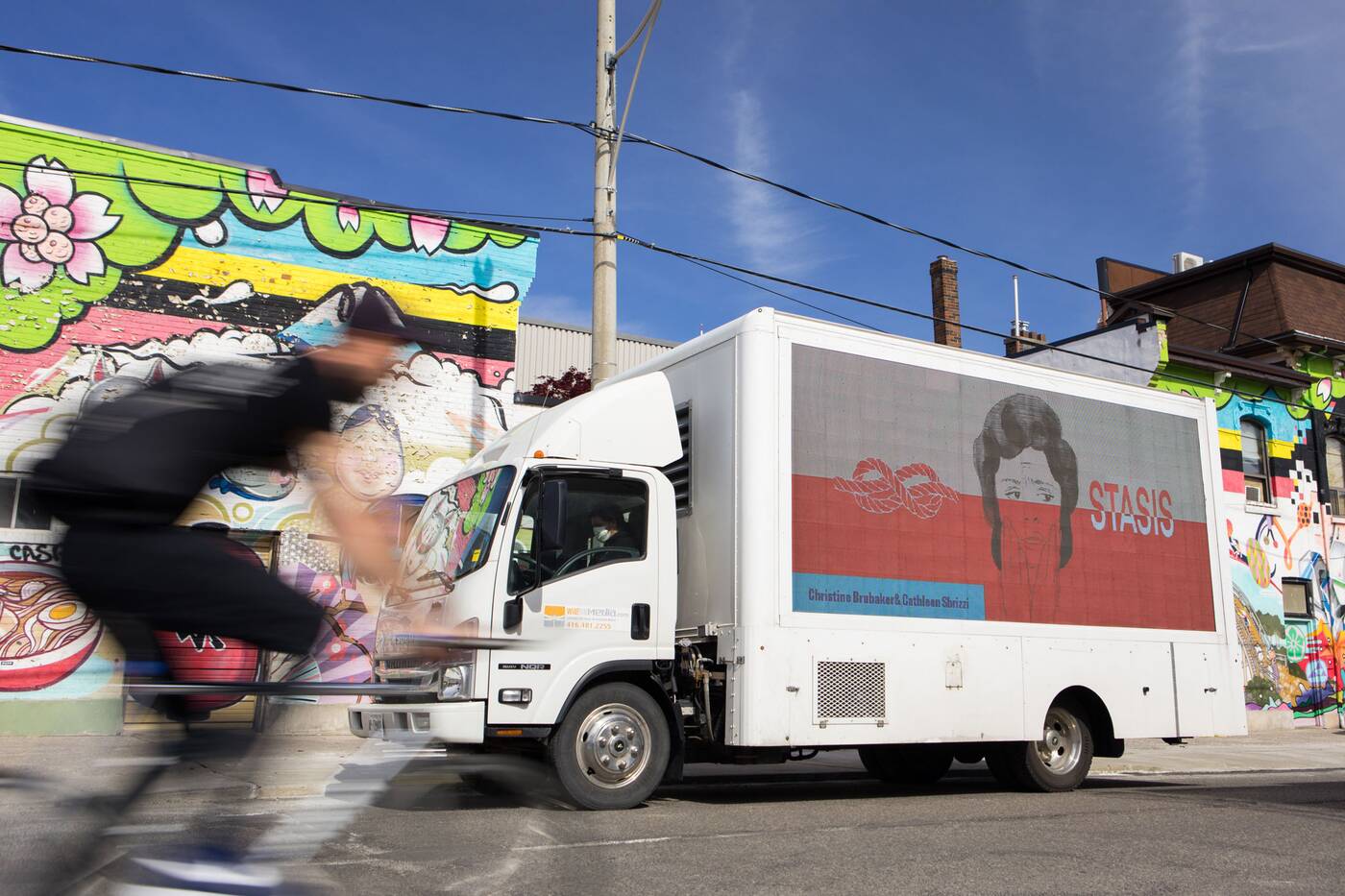 The entire project will end with an installation at The Bentway later this summer, though no exact date has been announced.

If you'd like to submit something of your own, you have until June 30 to e-mail in some digital art or mail in hand-drawn art that may be showcased sometime next year as part of The Bentway's time capsule, which (hopefully) will be a post-pandemic affair.