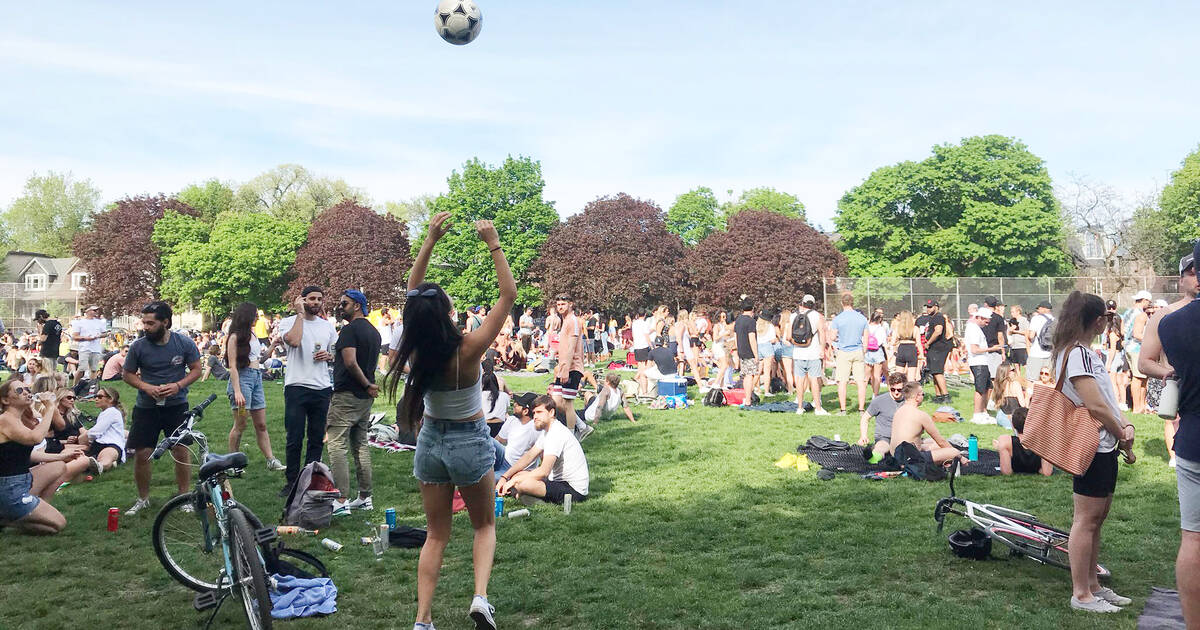 Toronto Police "will have a visible presence" at Trinity Bellwoods Park to enforce social distancing after yesterday's shocking crowds.

"COVID-19 remains a real and present threat to the city of Toronto and its residents," says a City of Toronto statement from yesterday. "Images today of thousands of people gathered in Trinity Bellwoods Park were unacceptable."

The statement goes on to say that gatherings like these could significantly set Toronto back in our efforts to stop the spread of COVID-19 and even undo the hard work that's been done so far, citing the 700 lives lost in Toronto due to the virus.

It also says that people are encouraged to go outside, but must obey orders based on scientific research to stay physically distanced from one another. The statement also acknowledges that it's been difficult to stay apart from family and friends for this long.

While the statement chastises those that packed Trinity Bellwoods on May 23, it actually applauds those using designated ActiveTO areas where streets have been opened up to bikes and pedestrians, saying these efforts have been successful in getting people outside yet keeping them distanced.

"Parks in Toronto have remained open throughout the pandemic," the statement says. "The gradual reopening of limited amenities in City parks has come with new explanatory signage, social media communications, daily updates to the City of Toronto website, and in-person education by bylaw officers and police."

While not specific about how many officers will be on patrol, the statement says this morning "bylaw enforcement officers and police will have a visible presence in Trinity Bellwoods Park to ensure there are no repeats of the crowds" and that "the physical distancing bylaw and provincial emergency order around gatherings will be strictly enforced."