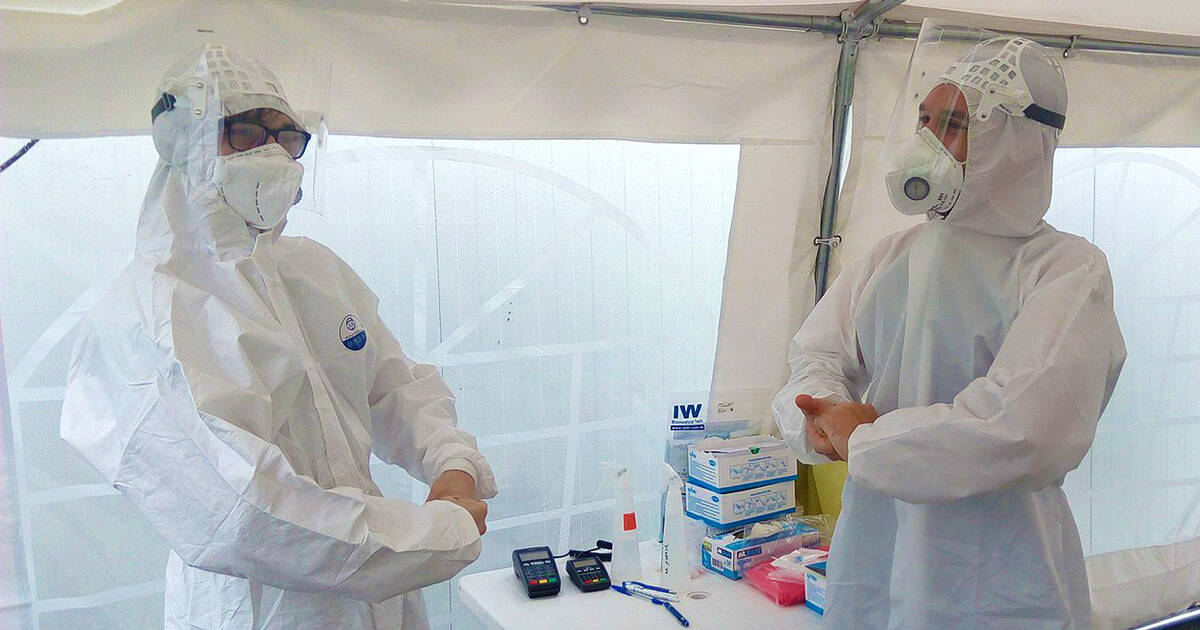 Ontario has just released details of a more expanded COVID-19 testing strategy after weeks of Premier Doug Ford saying he is "all over" ramping up testing.

Ford urged residents to get tested last week during a media briefing in which he said that "everyone who feels" they need to be tested for the infectious disease in Ontario will be able to freely do so.

But, guidelines at assessment centres across the province have varied, with most screening arrivals for testing eligibility and requiring patients to have at least one symptom of the novel coronavirus — something that was in line with Ministry of Health guidelines, which were only just updated to include recommendations for asymptomatic individuals on May 28.

The new stage of the province's game plan is to vastly widen testing parameters to include a whole slew of high-risk communities.

Testing had previously been limited to symptomatic frontline healthcare workers and vulnerable groups (like the elderly and immunocompromised), and was finally earlier this month opened up to all symptomatic residents.

The province has been placing its focus on testing in long-term care homes given the high number of outbreaks in such facilities, and last week just began to shift its priority to mass testing of frontline workers at LCBO stores and first responders like paramedics and police, as well as staff and residents of correctional facilities.

Starting next week, officials will start to escalate testing in other "high COVID active communities," which include certain workplaces and other settings, like construction sites, supply chains, and congregate living situations such as shelters.

"What we're doing right now... is really trying to get an understanding of what may be occurring within the community," COVID-19 Testing Approach Executive Lead and Ontario Chief Coroner Dr. Dirk Huyer said in a press conference on May 29. "Testing at a moment in time to try and understand what may be present within a particular population, a particular setting or a particular community."

This proactive testing at a targeted population level is a way to help the province better understand where the burden of the disease is distributed to see if it is missing potential hot spots of infection, and will involve the dispatch of a mobile bus or van to areas of concern if getting populations to an existing assessment centre is not feasible.

Dates to ramp up testing of additional segments of the population, such as cross-border workers, cancer patients and other hospital inpatients, have not yet been finalized, but these groups have been identified and plans are being developed with each of them.

Though it's not exactly true random community testing, it is definitely a huge step in better tracking how the virus is spreading in Ontario and painting a more accurate picture of our health crisis.

Our government is implementing the next phase of #COVID19ON testing to detect and contain the spread. This includes expanding assessment centre testing, outbreak management and targeted testing campaigns. Learn more: https://t.co/WK1QXFKG16 pic.twitter.com/NdPP0eHUj3

Given this aggressive expansion, the province will also be increasing its testing capacity beyond the 20,000 per day it can currently process, which it will do by bringing new labs into its network of public health labs, hospital labs and commercial labs.

Serological testing, which shows if someone has ever had the virus by detecting antibodies in their blood (as opposed to the widely-used nasopharyngeal swab test, which indicates if someone is currently sick), is also being considered by the province for future, though it is not yet considered reliable enough for widespread use and does not predict if someone is actually immune to the disease.