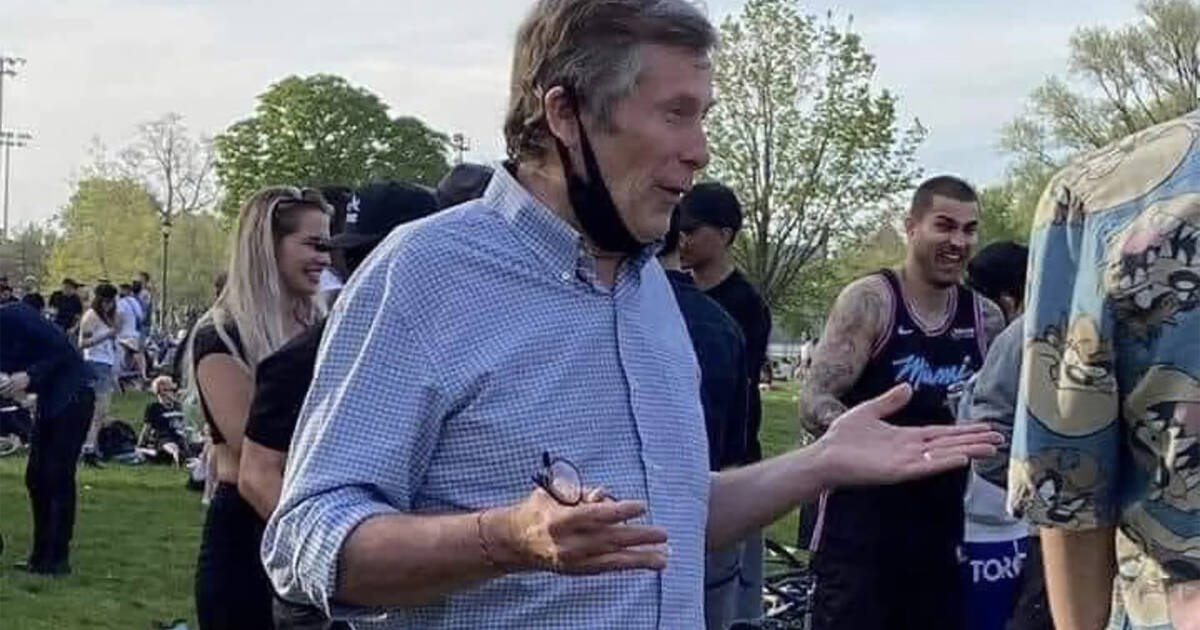 Uproar this weekend over the massive crowds and lack of social distancing at Trinity Bellwoods Park saw one unlikely figure emerge as part of the narrative: Mayor John Tory.

The mayor was spotted in the park on Saturday afternoon after touring through the east end where more streets had been opened as part of the ActiveTO program.

Great afternoon with Mayor @JohnTory down at Lake Shore East for #ActiveTO. Plenty of folks out enjoying the great weather and maintaining a safe distance. Stay tuned for a big announcement of more cycling infrastructure! pic.twitter.com/1IRN1wa6Si

He then headed west to where he heard thousands had gathered in Bellwoods, apparently looking to "determine why things were the way they were" in the busy park.

Photos show him talking to people in the park and wearing his face covering incorrectly.

Honestly, @JohnTory, what the heck is this? Not only are you less than 6ft from these people, LOOK AT YOUR MASK! Italian Mayors roamed the streets yelled at people to go home; you pull your mask down for a photo op? Toronto and @epdevilla deserve a public apology from you! pic.twitter.com/VhCc7JGVTK

People were quick to criticize the mayor for not practising responsible physical distancing or properly wearing his mask.

#Toronto Trinity Bellwoods park I really do hope #JohnTory turns out safe after all this. #trinitybellwoodspark pic.twitter.com/pfyflXIVmt

I want to apologize for my personal behaviour yesterday. I visited Trinity Bellwoods Park to try to determine why things were the way they were. pic.twitter.com/2x1OIrnKI9

"I fully intended to properly physically distance but it was very difficult to do. I wore a mask into the park but I failed to use it properly, another thing I'm disappointed about," he said in a tweet.

"These were mistakes that I made and as a leader in this city, I know that I must set a better example going forward."