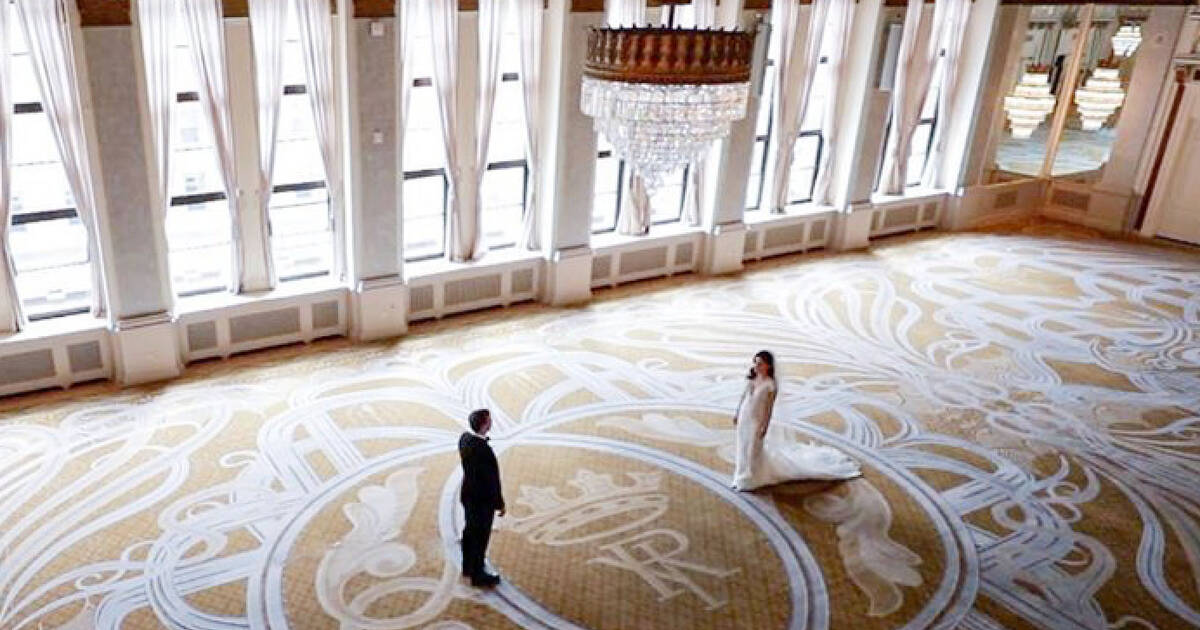 Planning a wedding right now is challenging but one Toronto hotel has come up with a new option.

The Fairmont Royal York has actually remained open during the pandemic, keeping busy by giving away thousands of rooms to frontline workers.

But according to Megan van der Baars, social media manager for the Fairmont Royal York, the hotel is just not the same. She says they've had lots of wedding plans at the hotel cancelled or postponed, and wanted to come up with a way to use their recently renovated ballroom.

It's where the hotel had its opening party in 1929, and van der Baars calls it a "bucket list venue."

Now, the grand ballroom, that holds up to a thousand guests, will accommodate ceremonies of up to just five people. More will only be allowed as restrictions are lifted.

A post shared by Toronto Wedding Video+Gallery (@goodycambayweddingfilms) on May 17, 2020 at 3:47pm PDT

Ceremony packages start at $1,000 and include a floral backdrop by Frank Rea of Forget Me Not Flowers, choice of gold or silver ceremony chairs, white linen signing table, champagne toast, an hour of access to coveted photo locations, complimentary parking and a 10 per cent discount on 2021 wedding packages.

Optional upgrades include using the hotel's AV team to live stream the event, adding on a one-night stay with breakfast in bed, and gaining access to exclusive photo locations like a Fairmont gold suite, rooftop herb garden or Clockwork cocktail bar.

There have been around 10 inquiries so far, but the Royal York already has a track record of pulling off one wedding ceremony at the hotel during the pandemic.

van der Baars says that in March a desperate couple contacted Anita Gleeson (director of business development) and a wedding ceremony in a suite was pulled together in 48 hours, the room was filled with floral arrangements gathered from around the hotel.

Stressed couples like this inspired the hotel to offer intimate or virtual weddings.

The crown jewel of the package has to be the hour-long photo op, as van der Baars says it's "usually difficult to have a full photo shoot" featuring all the hotel's most beautiful backdrops without paying through the nose, "but with this you have full access to these spaces."

She says Fairmont Royal York is "accepting that this is the new normal" and plans to offer the package until further notice. The hotel should be able to accommodate about one wedding per day, and needs about a week's advance notice.