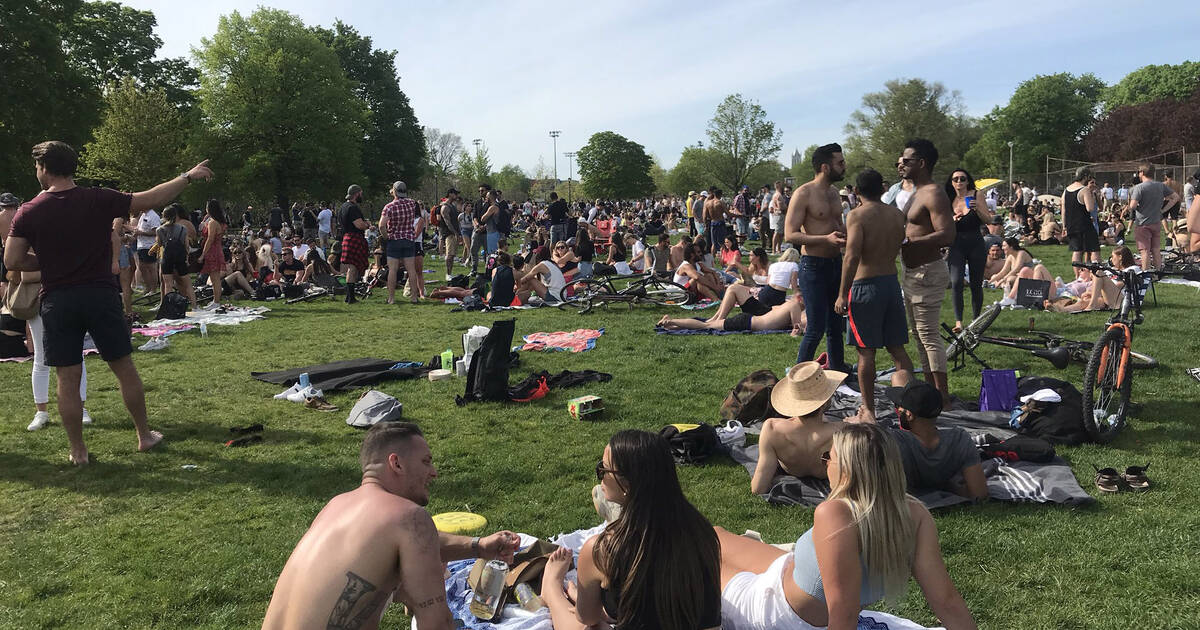 Were you among the thousands of drunk revelers peeing all over Trinity Bellwoods Park this weekend? You should probably get yourself tested... and then also get tested for COVID-19.

Ontario Premier Doug Ford spoke directly to the misbehaving youth of Toronto during his daily pandemic press conference on Monday after a reporter inevitably asked him whether or not he'd reintroduce restrictions based on the mass gatheringings observed in the west-end park on Friday and Saturday.

"I'm dissapointed to say the least with everyone that showed up to Trinity Bellwoods on Saturday," said Ford. "Why don't you do us all a favour and go get tested now? Go to a local hospital or assessment centre and get tested.

"I encourage anyone who's been in large gatherings like that… and some of the stuff that was going on there… they need to get tested."

The province's associate medical officer of health, Dr. Barbara Yaffe,  said following Ford's conference that people who were in Bellwoods on Saturday should not, in fact, go to assessment centres for testing. Instead, they're advised to wear masks, stay away from vulnerable people and self-monitor for symptoms.

Ont. Premier Doug Ford had a message for the people in Toronto who were at Trinity Bellwoods park over the weekend: "Do us all a favour and go get tested now."

Ford remarked on Sunday that he'd been shocked by images coming out of the popular park the previous day, saying that it looked like a rock concert.

Crowds had largely died down by Sunday, said Ford during today's press conference, thanks largely due to an increased police presence and the city's own public promise that emergency orders would be strictly enforced.

Many in the city remain worried about more big park and beach parties taking place now that summer weather has hit, but Ford seems optimistic that the "smart young people" of Toronto will shape up.

"I'm not going to punish the whole province because a group of people in Toronto ended up getting together," he said when asked about reintroducing restrictions based on the behaviour observed at Bellwoods. "It's not fair to even everyone else in Toronto."

"These are smart young people that were there," he continued. "Come on guys, give me a break. Just don't do reckless things like that."

"Come on guys, give me a break." Ford says about the crowd at #TrinityBellwoods , and since so many people went there, they might as well get a test. Asked if it'll lead him to rolling back restrictions, he won't because he doesn't want to punish the rest of the province. #onpoli

A reporter also asked Ford specifically about whether or not he thinks Toronto Mayor John Tory should go and tested for COVID-19 after visiting the park and mingling with the masses sans-mask on Saturday.

"That's up to the mayor," said Ford. "He's been working hard, day in and day out, every single day... he's working his back off."

Ford also reiterated that he wouldn't consider a region-by-region approach to reopening the province — one in which Toronto is treated differently than smaller cities with fewer cases — as it's likely that Torontonians will still go into rural areas.