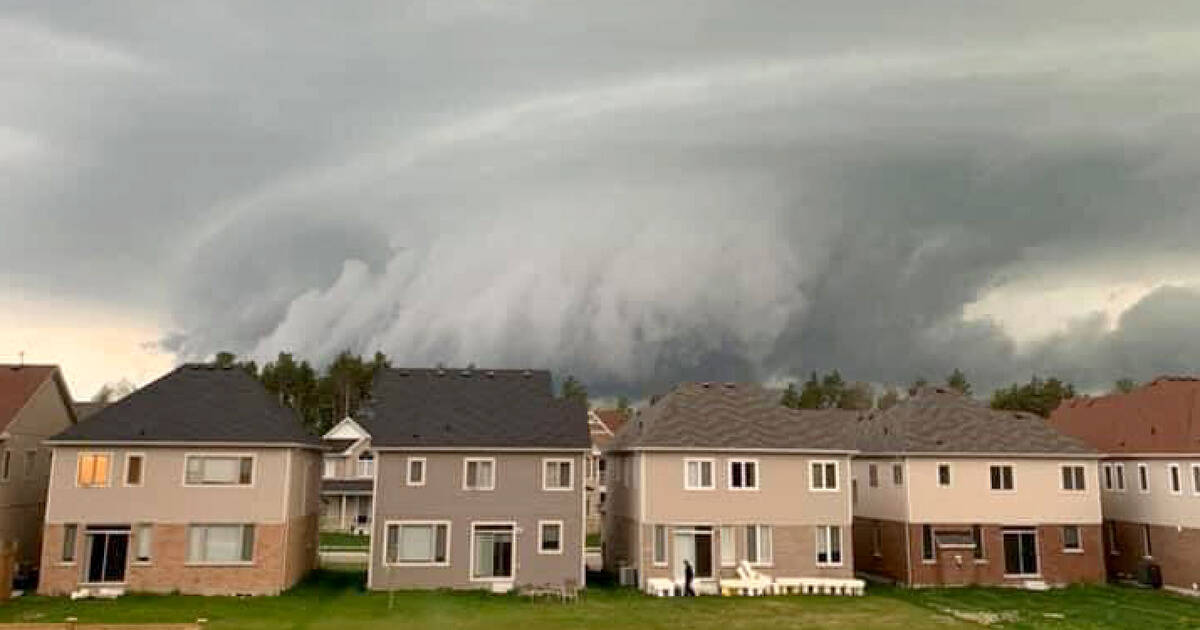 Storm-chasers searched the skies for a tornado in Angus, about 100 km north of Toronto, this weekend. Photos posted on social media show omnious clouds looming over the community.

@ECCCWeatherON near Angus at 2248z, south of it looking north pic.twitter.com/pphjX6vQRL

"Storm spotters and social media reports of rotating thunderstorm clouds in the area about 6 kilometres northwest of Angus."

Photos and videos showed dark clouds over the region.

Storm hunter Mark Robinson described a fast "upward motion" in the sky in a video.

The storm watched ended before 10 p.m. There have been no reports of serious damage in Angus. Bayfield Mall in Barrie reported flooding damage due to the storm.

So far, there is no official word on if this weather event was a tornado.

Angus experienced a devestating tornado tear through the town in June 2014.

by Karen Longwell via blogTO
Posted by Arun Augustin at 2:48 PM